The benevolent Trudeau graciously allows us to have our freedom back… for now. 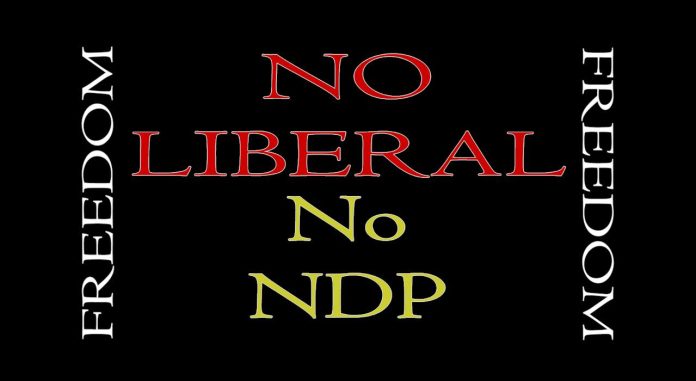 Trudeau came out of his castle today and decreed that there is no national emergency anymore. So he backed down off his Emergencies Act — or what biological scientists call the Emergencies Act farce and abuse of power and historic mistake and lie. Just as he invoked it without evidence, he deemed that suddenly, based on no evidence, it is no longer an emergency.

But don’t worry, he assured us at least twice that there was one — an ummmmmerrrrrrgency! A real national security threat and a serious violent threat to our democracy — and he made sure to instruct us that the proper take™ is that his response was proportional, and rational, and legal, and respectful, and gentle, and needed, and mandatory, and he had no choice, and plus it was useful and good and sunny and inclusive. It was not — we are instructed — to be viewed as an imperious power flex.

Important to note that nothing — absolutely nothing — has changed in the two days after the Act was voted on and passed by the Liberals with their NDP kooks backing them up. Well nothing except that the Senate appeared to be ready to shut it down, very embarrassingly and awkwardly, with even ardent Liberal Senators speaking out against it today. And there were lawsuits ready to go to court to shut it down, by well-known and often lefti-ish civil liberties organizations, and by provinces, and by legal associations, and others.

But I suspect the biggest impetus was the Trudeau polling numbers. They must be bad!

It wasn’t needed in the first place. And everybody knew it. And most people — especially in the sneering left-wing Trudeau-funded “news” media — outright lied about it.

He threatened to bring the powers back should “the need” arise, as if we doubted he would. So that’s comforting. It won’t have any effect on how people donate to causes, right? Or what they write online. Some like me may dare. But has already thought of that. Trudeau is all over that. All Canadians should stand on guard for their next draconian anti-freedom move: Bill C-11 (Online Streaming Act), which is designed, among other things, to limit your free speech on social media. You know, to protect us all against all the “misinformation,” which, make no mistake, they will be the judge of. Be aware. Fight it. Like your freedom depended on it. Which it does. (Also worry about Bill C-36. A horrible abuse and limiting of freedom)

Oh yeah and then, speaking to us as he always does in the manner and tone of a mature, elite, pompous ass speaking to an idiot infant, he called for… national unity. I’ll pause for laughter or crying for a moment.

Today, mercifully, he for once made no mention of Nazis or swastikas or misogynists or fringe racists and white supremacists with unacceptable views. So definitely vote Liberal next time y’all.

But seriously, nothing will ever be quite the same in Canada, at least not for generations, assuming we last that long. And nobody in the global community will ever view Canada the same anymore. And I mean it will be a country seen in the negative. People didn’t gain respect for Canada after these Trudeau/progressive actions, they gained a mistrust and suspicion of Canada. Investors, already in short supply, will be even warier. I know I will be, and I’ve lived here all my life (watch this space).

I’ll have a lot more to say about this nightmare over time, but suffice it to say that it is incumbent upon conservative and libertarian Canadians to now firmly establish who to vote for the next time we’re graced with that chance. And the next “convoy” has to be an exercise in activating in that direction. Organizing. Participating. Speaking out. In bold colors.