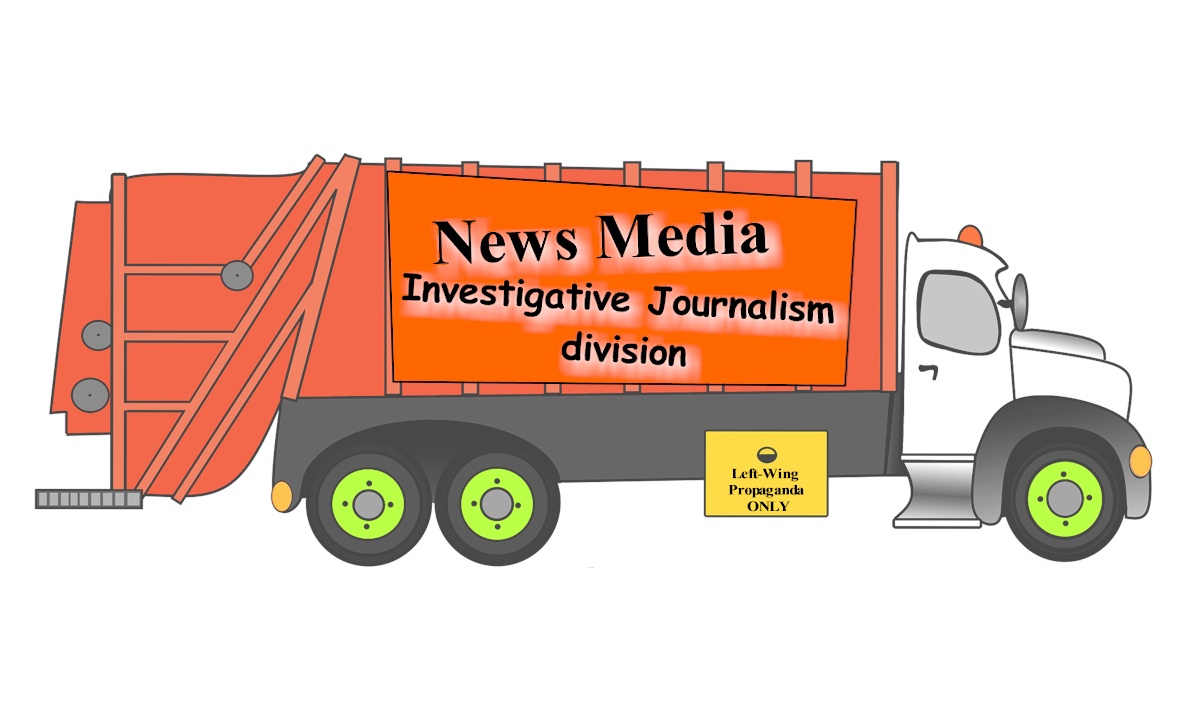 The Washington Examiner has an excellent analysis of the Texas mass murderer’s “manifesto,” which apparently nobody in the media has actually read, or if they did, they went into it with the world’s biggest anti-Trump confirmation bias. In “Has anyone actually read the El Paso manifesto?,” Byron York does the honest thing, and actually reads it.

Turns out Trump and his Trumptalk is mentioned mostly in the context that Trump has nothing to do with it. Much of it actually reads like a left-wing screed.

The madman specifically, preemptively, ends media speculation, and spells out that President Trump had nothing to do with his ideology, and he also correctly predicted the media would frame it that way anyway:

…He said his actions would be misunderstood as being tied to Trump.

“My ideology has not changed for several years,” Crusius wrote. “My opinions on automation, immigration, and the rest predate Trump and his campaign for president.

Predate Trump? I’ve never read that in any media.

“I [am] putting this here because some people will blame the President or certain presidential candidates for the attack. THIS IS NOT THE CASE.”

“I know that the media will probably call me a white supremacist anyway and blame Trump’s rhetoric. The media is infamous for fake news. Their reaction to this attack will likely just confirm that.”

That was the only time Trump appeared in the manifesto, and it appears clear that Crusius borrowed his “fake news” characterization of the news media from the president. But that is not what Trump’s critics have charged. They have charged that Trump inspired Crusius to kill. They have charged it so often in the last few days that it has hardened into a general perception that Crusius was inspired by the president. But read the manifesto. It’s just not there…

York must be a white supremacist Nazi fascist transphobe.

Letting “no good crisis go to waste,” most media people are recklessly determined to blame Trump to further their own political agendas. MSNBC is on a lie and conspiracy theory rampage to get Trump, with everyone from news anchors to talking heads saying utterly garbage things. Such things as this: Trump places “subliminal orders in their head” to kill non-white people, said one MSNBC talker, a statement which was left completely unchallenged.

Of course the idea that Trumps does anything “subliminally” is patently stupid, as (to quote Tucker Carlson on whose show that MSNBC lunacy was exposed), “Trump is the least subliminal politician in American history. He has no subtext… If he’s thinking it, he’s saying it.” That’s just objectively and sometimes sadly true.

Another MSNBC guest (the guy on the left, above) said Trump was transmitting a secret coded message to Nazis, all based on the number eight. See, it’s the date, August 8th (8-8), that Trump said the flag flying at half mast at the White House to memorialize the victims would end. No objections from anybody on set.

An MSNBC news anchor, Nicolle Wallace, said — on air — “You now have a president that is talking about exterminating Latinos,” repeating what a guest had said to her. She later issued a completely lame apology — on Twitter. The big news here is that she still has a job, meaning, of course, that the network stands by her.

And that’s just MSNBC. This isn’t just “fake” news, it’s just lies. Their audience know lies instead of the truth.

The Ohio mass murderer is another story, and his motivation is totally unclear. But there are reports that he was an extreme left-winger — a self-described socialist — and supporter of Democratic Party presidential nomination candidate Elizabeth Warren, which is why you never read that anywhere, except Fox News (which in turn helps explain why Fox News Channel is by far the number one watched news channel).

A Twitter feed appearing to belong to the gunman who killed nine people, including his sister, outside a Dayton, Ohio, bar over the weekend showed left-leaning tweets lamenting the 2016 election of President Trump.

The gunman, 24, killed by the authorities during the gun spree, also appeared to support Democratic presidential contender Sen. Elizabeth Warren of Massachusetts, according to The Associated Press.

For contrast, read the long, detailed story at CTV.ca (an AP story which appeared in most papers), and you will find nary a word about his leftist political leanings. This lack of political identity, as I’ve explained before, always means it’s a liberal, progressive, Democrat, or a left-winger of some sort. Republicans, conservatives, and Christians are always labelled — often sneeringly, and with myriad innuendo attached. As the mainstream media reporters and editors all know, most leftists haven’t cottoned onto that truth yet, or refuse to believe it, and so they robotically assume that every bad thing is self-evidently perpetrated by a Republican or conservative or Christian.

Here’s a tidbit of proof: That deceptive tactic by the news media prompts exchanges in their own comments section like this one regarding the story on the Ohio shooter at the state-owned CBC.ca website, which similarly avoided any political identity in this particular story (not the Texas one!), even though they know the shooter’s politics:

Paul Harper
1 day ago
another threat from from the far right, by far the biggest danger to the safety of the public

Justin Thorne
1 day ago
Reply to @Paul Harper: The Ohio shooter was far-left activist who Supported Warren, Sanders, Antifa And Communism. The opposite of what you’re claiming

Could the reporters and editors at the CBC be proud of this? You’d think they would be ashamed and embarrassed for literally failing at their jobs as journalists and having their audience believe the opposite of the truth.

It now apparently takes a commenter to explain the important facts to their readers, and to set the record straight for those poor souls who have undoubtedly been fed a diet of nothing but CBC and thus get the story exactly wrong. With the exception of that one guy who obviously read some news elsewhere, the CBC’s own audience is clearly misled. The audience is clearly ignorant or uninformed about the facts. They are not told the whole, true, story. On purpose. And so their own audience (their “base?”) are uninformed or misinformed. And the CBC knows it. And they’re good with that. It apparently serves their purpose. Their agenda.

Just so you are fully informed, this also always means the liberal-left politically-driven mainstream media is complete garbage.