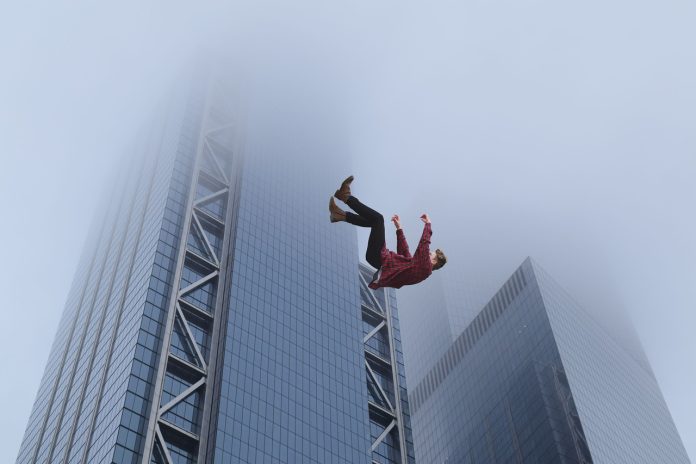 In the print edition of today’s Financial Post, the brightest article of the day (in any newspaper) suggests morbid ferment within our whole capitalist structure, using just the right word: “suicidal.” I suggest you read it.

Online, the headline was watered down but included this sub-head: “History has shown that rapid, sustainable, and widely distributed economic growth is never the result of central planning”.

The author, superb writer Matthew Lau, explains the folly of today’s trend-following, virtue-signaling Canadian corporate class, as they meet in some sort of “committee” or “coalition” of self-anointed experts and proceed to speak woke as if at another NDP yoga and empowerment session. The coalition is made up of over 100 think tanks, non-profits, business and industry associations including the Canadian Chamber of Commerce, the Canadian Federation of Independent Business, the Retail Council of Canada, and a veritable who’s | who in business in Canada. (But not the far more serious Fraser Institute, thank God.)

“One of the summit speakers is Carolyn Wilkins, a member of the coalition’s advisory council and formerly the senior deputy governor of the Bank of Canada. She is also, as the coalition advertises, a co-author of the “Cornwall Consensus” report, which is premised on a supposed consensus that free markets have failed. The report claims that the Paris Accord is insufficient to avert climate catastrophe, laments the decline of labour unions, pushes businesses to adopt ESG [Environmental, Social and corporate Governance] goals, advocates global minimum taxation to fund government “investment” to both enhance inclusivity and hasten the transition to net-zero emissions, and proposes a raft of other harmful policies.”

As is all too common today, these nobs, whom you’d expect to be leading the charge against the trendy woke socialist nincompoops who are driving us all crazy and wrecking the joint, are all right on board that big-ass diesel-powered barge called Trendy Woke Socialist.

Who are we talking about again? Bernie Bros? A CBC inclusion, climate, and diversity seminar? No, these are supposed corporate leaders in Canada. Or more correctly, “leaders.” So-called leaders like coalition co-chair Lisa Raitt, who used to be a Conservative MP, and apparently claimed to be a conservative at some point for some reason:

“…in a Public Policy Forum webinar last week, coalition co-chair Lisa Raitt said that we “need to have growth and prosperity in order to ensure that we’re distributing it equally.””

Weird. Sounds like AOC or some Student NDP Club doofus rather than a former Conservative Party MP —and party leadership contender!

They fancy themselves “leaders,” but in reality, they are followers. Followers of trends and mobs and the hideous “consensus” they all agreed to arrive at, often after donning lab coats and holding charts up. This is just circular nonsense: they arrived at none of these ideas by themselves, and only spout off about it now because it’s trendy. They have arrived at their doctrinaire solutions as a result of the ongoing coercion of leftist mobs, and having fallen for it, they now use coercion to further grow the fake consensus they’ve adopted. They were willing subjects of ongoing leftist bullying, but now they engage in bullying others. The “consensus” has been arrived at and reinforced by Orwellian groupthink sessions, but then they organize their own, such as this one, and spew out the same nonsense they originally heard themselves, often using the exact same words: “equality” or “equity,” “inclusion,” “empowerment,” “diversity,” “trans rights,” “climate emergency”… and on and on ad nauseam. These people all sound the same by design.

Other reading on this:

• Bari Weiss — Some Thoughts About Courage
We are living through an epidemic of cowardice. The antidote is courage.

• And an excellent Youtube video, the Darkhorse podcast with Bret Weinstein and Heather Heying: https://youtu.be/5Rbl8PGUxow?t=767 (“forced consensus” discussion starts at the 12:50 mark, but keep listening).

I don’t think these cowards are virtuous or even well-meaning. I think they suffer from a pathological weakness, and yet they desire power and control and dominance over you and your family and society at large (sound familiar?). This is a dangerous elixir. They cannot lead because they lack the ability to lead, and lack the necessary intellectual capacity to generate good, positive ideas to sell, or even the creativity to conjure good ideas. And they demonstrably lack the ability to sell any ideas to people in any case. So they join a pack — a mob — and feel powerful that way. As a member of a mass mob they have strength in numbers, and in the volume of their shrieking, among other things that massage their needs.

The key is, I think, they are motivated not by virtue, but by a desire to be powerful and controlling or domineering. They cannot achieve it any other way because as I said, they are not leaders, they are followers. So they hide these needs to be powerful and to exert their control over you by touting their immoderate and overstated — and fake — virtue. “Climate change!” “Equality!” “No, EQUITY”! “Social Justice!” “Gender Justice!” —or whatever the mob is on about this week with their fake — coerced — consensus.

And the danger is that the doctrinaire solutions they prescribe (dictate is a better word) — their naive and often childish “solutions” — are suicidal. As Lau explains:

“This is a suicidal exercise because the prescribed course, as foreshadowed by the talk leading up to the summit, involves a great deal of additional government economic planning and an increasing politicization of corporate activity to impose “social” goals onto businesses. These actions are invariably hazardous and would undermine the free market system, damage the economy, and impede businesses from fulfilling their real mission of earning profits by employing resources to produce goods and services that raise living standards for society.”

To the extent that they are harming only their corporate selves, maybe suicide is acceptable; maybe the best solution is to let nature and evolution and the free market take their course. But my concern is that their solutions affect the whole system: me, you, our families and community, the whole damn country and the free market system which got us to our envied place. The danger includes that. So is it suicide? Or more like genocide?

Previous articleIt’s the principle of the matter.
Next articleRemarkable exposure of state bias by state employee at state election and state CBC