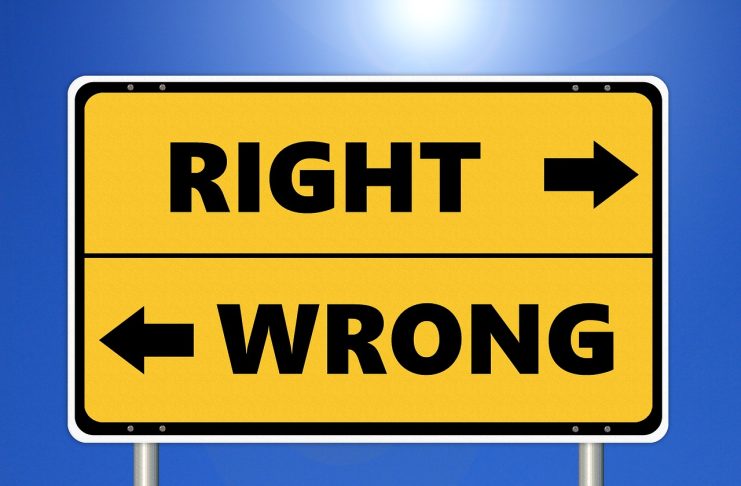 It’s always beautiful to see logic, science, morals, ethics, and good politics work — sometimes together — to form solid principles, which can help to advance good policy. Principles are a great thing to adhere to in politics (in life more generally, I dare say as if I’m an expert in living) because when you have well-developed principles, and you stick to your principles, you never have any trouble deciding right (i.e. correctly, but also right!), the first time, on any issue. You won’t have to keep changing your damn position.

In a column headlined “O’Toole falls into a vaccine trap of his own making,” Kelly McParland is arguing (against many Conservatives and non-Conservatives alike) that mandatory vaccinations for MPs entering the House is not a bad thing.

Now, most in the “news” media and O’Toole’s political opponents (but I repeat myself, yaddah) all purposely misconstrue this in their effort to make him out like a leper, but Party leader Erin O’Toole is rightly defending the rights of those MPs (and all Canadians, for that matter) who chose not to vaccinate. Let’s be clear about his position though: he strongly recommends that all people get the vax and that it works, but defends the rights of those who choose not to get it for their own reasons, whatever they are. I share the sentiment if not the science.

It’s sort of the start of a fine principle, until it isn’t (and not to add to the confusion, O’Toole was for the mandatory ruling before he was against it, as if to prove my thesis about principles guiding your way). McParland uses, as his own argument against O’Toole, this rather standard philosophy:

It’s [O’Toole’s is] not a position to inspire trust, esteem, admiration or any of the other qualities required if you’re going to attract enough votes to your party to become the country’s leader. It’s also not an argument about rights, though you wouldn’t know it from much of the commentary. People have the right to make their own health decisions. But they don’t have the right to subject others to the implications of their decision.

And for me, McParland closes the sale with that principled view.

Which got me thinking: since we’re on about O’Toole and the Conservative Party, rights, principles, and the implications of people’s decision on the rights of others; and especially because O’Toole harbors a rather unconservative, pro-choice (AKA pro-abortion) opinion, let’s have a look-see.

Good principles apply across the board. So let’s apply the principle used above:

If abortion were only about people having the right to make their own health decisions, fine (well still not really “fine,” but anyway). But it isn’t only about just them. There is another human life involved. People don’t have the right to subject others to the implications of their decisions, ie., in this case, literally killing the “other” — the unborn human.

So it’s an object lesson in principles and how they can guide you (and Erin O’Toole) to success. If you don’t have good, sound, solid principles, you will keep floundering, flip-flopping, and meandering like a doofus.

Although McParland zeroes in on discipline being the lacking factor in Team Conservative with O’Toole at the helm, I still think it’s principles that are lacking. McParland breezed past it again with this spot-on observation:

O’Toole changed positions so often it was never clear what he really believed. If the leader doesn’t know what the party stands for, how should other Canadians? And why vote for it if you’re not sure what you’re going to get?