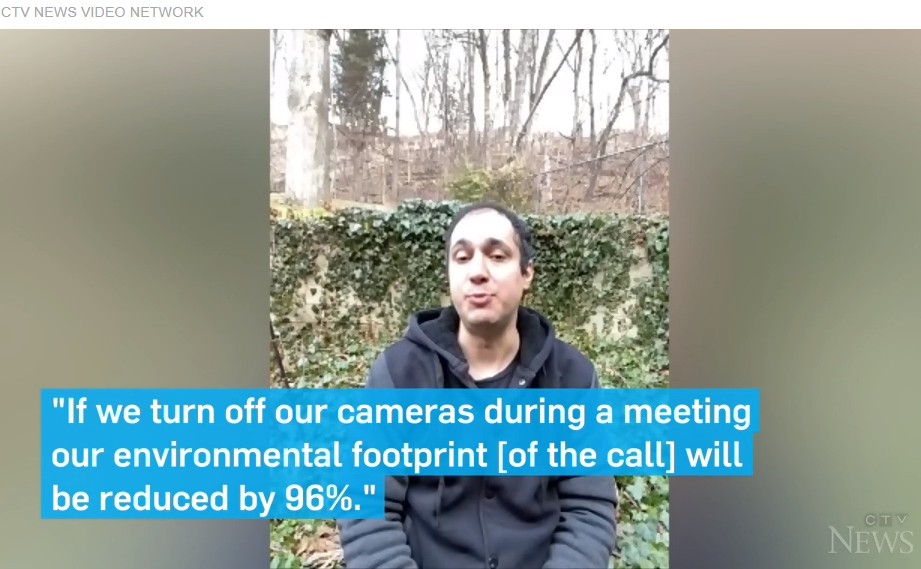 And the award goes to liberalvision CTV for this, the stupidest video I’ve seen in maybe a week, and probably for the past two or three weeks. Don’t watch it, because it tells you that in order to be a good proper, responsible, environmentally-aware human, you shouldn’t have your computer’s camera on during ZOOM calls. You know, ZOOM calls, where the whole point is VIDEO. Which we now do because life — business, social life, school — has pretty much collapsed due to the not-China COVID virus and its U.K. and South African variants.

It would save 96% of your enviro footprint (or some damn thing) if you turned it off, he intones. And he’s a teacher so he knows. And he tells you this… on a video. Which he shot… on a camera. Which he wants you to watch… on your computer. At a TV news site, which totally relies on your TV-watching.

Here’s a hot take: it may reduce your footprint by 96%, and also, your footprint was originally so immeasurably small and utterly insignificant in every humanly conceivable way, that one cannot even measure the reduction if you remove that last remaining vestige of human interaction, which we hang onto to conduct what remains of our businesses and live what remains of our lives.

Another hot tip: stop blinking! This will reduce your carbon footprint by steadying the air such that it won’t have to be heated as much. Let your eyes dry out and go blind! However in the summer blink like mad to move the air thus providing cooling! This will save the planet. We’re all in this together. Vote liberal. 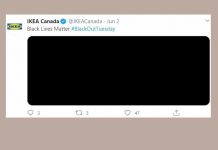