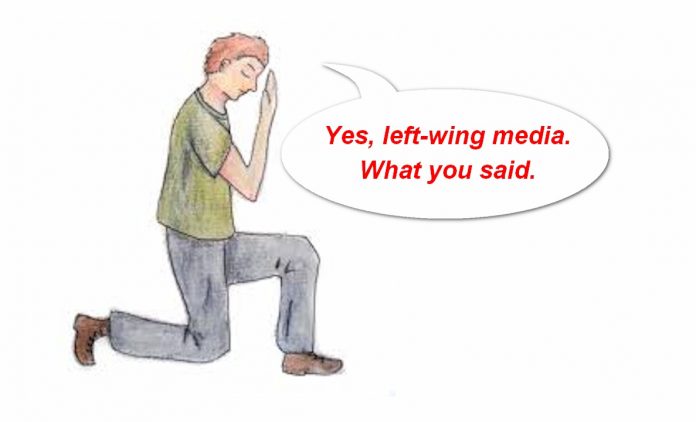 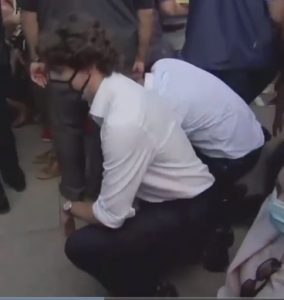 Ding-ding-ding! Wakey wakey. This is just another in a long line of seemingly never-ending chances to perform the woke dance, look progressive to the cools, and genuflect — perhaps even take a performative knee with a big black mask on — to the left and its media division. This is what some Conservatives think they must do now or be cancelled by the left. It’s like a right of passage, if you’ll excuse my use of the word “right.”

And excusing the word “right” is half their battle. Excising the political Right completely, is their ultimate goal.

Who the hell is Paul Fromm? I honestly don’t have the foggiest clue, and neither do you. Neither does the reporter who breathlessly reported this non-story. And neither does Erin O’Toole. As former Alberta MLA Derek Fildebrandt wrote in an op/ed today, “Who is Paul Fromm? Until last night, I — and probably 98 per cent of Canada — had never heard of the guy. … I’m doubtful that Erin O’Toole had heard of him before …”

And why should you or me care? Well we shouldn’t. But the National Post and that  objective and balanced reporter Stephanie Levitz of Canadian Press wants us to care, for some reason having nothing to do with partisan political urges. The National Post joins all the other far-left and liberal-left media and helpfully inform us today, “Fromm has been a fixture in right-wing politics for decades, including participating in events with the neo-Nazi Heritage Front.”

As a heavily-involved conservative (AKA “right-wing”) for decades, how come I’ve never heard of this carnal “fixture” in my midst? Oh —it’s because he has utterly nothing to do with Canadian right-wing politics. And I’m normal.

Moreover, they write that he’s a “fixture” In “right-wing politics,” “including” participating in neo-Nazi” things. That’s quite the conflation of words and terms for a non-North Korean newspaper.

Let me help you out in case you are stupid: Conflating the term “right-wing” with “neo-Nazi” (especially reporting that “right-wing” “includes” being a neo-Nazi as they did here) is a favorite trick of propagandists, shysters, and partisan hacks in politics, journalism, and academia, and has been ever since I’ve been a “right-wing” guy.

You may know how this works: being “left-wing” is progressive. Compassionate. Caring. Peaceful. LGBTQ2. We’re guilty of genocide. Environmentally-friendly. Not racist at all. Systemically racist. Black Lives Matter. Tolerant. Just, fair, fantastic.

This is the propaganda game they’re playing now. They’re emboldened by recent electoral wins, and that horrid riot at the Capital. And by the pandemic. And they’re pouncing; using it all as an opportunity to try to kill the Right once and for all, through their technology (deplatforming, banning…); through their news media (right-wing includes neo-Nazi y’all!) and outright lies including lies of omission; through their legislatures; their schools; their courts; through every means at their disposal (which, because of pathological kowtowing and genuflecting like some Conservatives are doing today, is just about every means).

Anybody who doesn’t agree with the progressive left and their politics is either a “neo-Nazi,” a “white supremacist,” a “racist” (all three terms used in this National Post story — good job, leftists!), a “denier,” a “fascist,” Islamophobic, homophobic, hater, inciter, or all of these terms — terms which they will use in the same sentence with “right-wing,” and indicating as they did here that being a neo-Nazi is “included” with being “right-wing.” Canadian Conservatives are in the same league as “neo-Nazis” now. Therefore they (we) should be banned, cancelled, excised from society and prohibited from contributing to any discussion. Enjoy that. Read mainstream establishment media —only. Vote liberal —your only choice.

Again, the idea that any Conservative Party member or candidate or campaign worker would know who that guys is, is utterly preposterous. But Erin O’Toole joins in their dangerous little cancel game: “In a statement Monday night, O’Toole said, ‘Derek Sloan’s acceptance of a donation from a well-known white supremacist is far worse than a gross error of judgment or failure of due diligence.'”

This guy’s name was “well-known” to O’Toole? Yeah I’m going to go ahead and call bullshit on that one.

I’ve been doing this for 20 years. Does O’Toole know my name? I think not. I’d like my money back.

O’Toole wants Sloan ousted from the Party, and well, really to just SHUT HIM UP. Like the left does all conservatives. So O’Toole is now playing the left’s own cancel game, thinking they’ll never come for him as a result of his pathetic genuflecting to them. Who will be next? Maybe the Conservative Party itself. The Party did accept the cash on Sloan’s behalf, and they accepted Fromm as a member.

Here’s Justin Trudeau, very liberal Liberal, quoted at his CBC division today: “We are pleased that Erin O’Toole has finally decided to take leadership. We’ll see how that unfolds.” Yeah we will. I might be in Switzerland, but yeah.

Some Conservatives have a problem with pushing back, and that’s abundantly evident here. If I were leader of that erstwhile “right wing” party, I’d do exactly the opposite of what O’Toole is doing. I’d say what I said here. Yes I’d tell Derek Sloan to return the donation to that unknown allegedly racist idiot if he hadn’t already (and I’m sure Sloan would have), but mostly I’d get on with my damned day, trying to rebuild the Party from what is becoming a sad joke, into something at least half-assed again. And stand up for freedom, including freedom of speech; and moreover, I’d stand up for the right.