Progressives sticking together: Communist Party comes out swinging against truckers 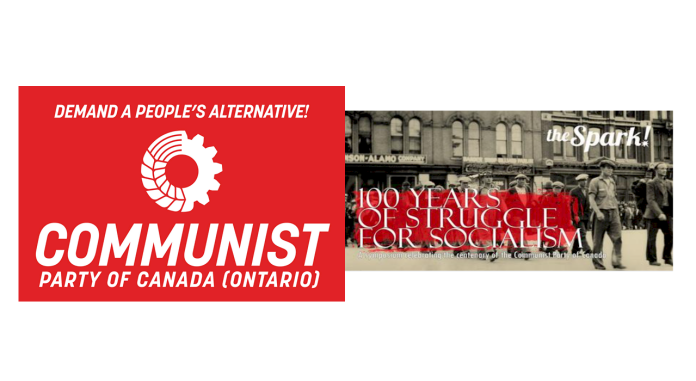 Workers of the world unite! Unless the workers are uniting against the progressive governments’ big growing authoritarianism that we progressives all love so much and to which we have dedicated our political movements! Then those workers are deplorable terrorists and racists! Oh and “ultra right!”

Oh my God I love this so much. 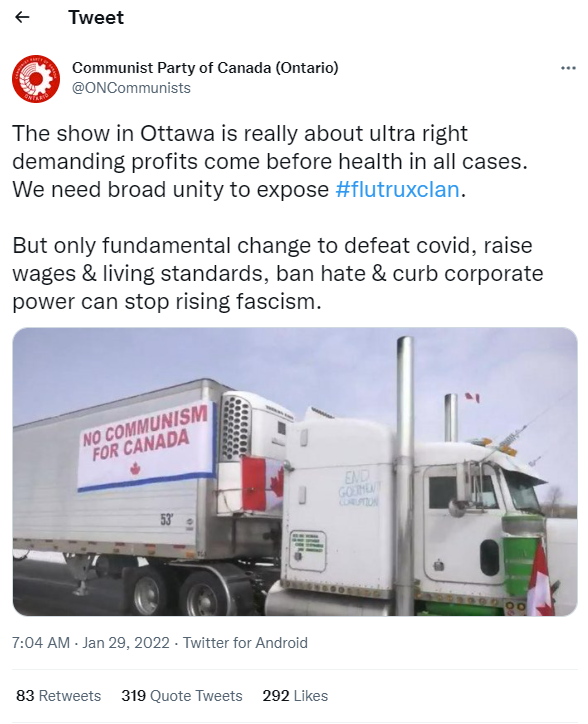 The Commies found a picture of a truck displaying an anti-communist sign, and they are freaked. It’s not just anti-communist, it’s antithetical to all the things they believe in. It’s anti-big-government. Anti-Authoritarian. Anti-big-government control and rules and mandates and regulations. The communists feel threatened by that opposition to those, um, COMMUNIST goals. So they run to the defense of… the Trudeau Liberal government. It’s fantastic.

So think about that. The Communists are defending Big Trudeau Liberal Government, and Communism, which both share a similar interest against salt-of-the-earth workers. The People.

And like all progressives today (communists, socialists, liberals…) who call people who disagree with them “racists” or “white supremacists” (as Trudeau increasingly does, as if trying to impress upon us that he is, in fact, the divisive, child-like anti-intellectual and utter fool we’ve been warning you he is), here they are also using the now boring old trope of projection, which we’re all familiar with: calling those who unite in seeking freedom  “haters” and “fascists.” This is Soviet-level propaganda at its worst.

So liberals. do you stand with the COMMUNISTS as they stand with you?

To boil it down in case you’re stupid, the simple fact that the communists are showing support for big authoritarian governments — against citizen workers — in this way is very telling.