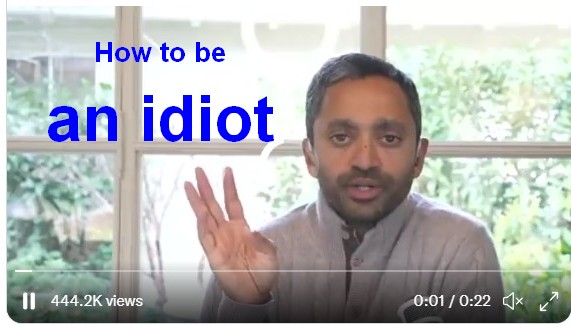 Monsters walk among us.

Here’s an NBA team owner (or at least a minority owner) digging a hole through a bog of cowshit, and when he hit bottom, keeps digging even while simultaneously taking a shit in the hole. It’s complicated.

His name is Chamath Palihapitiya. His punctuation-deprived Twitter bio lists himself as “CEO @SocialCapital Chairman @VirginGalactic Owner @Warriors…” which is misleading because he isn’t the owner as is implied or as is left for you to assume.

The only thing that could have made this better is if he blew a fart at the end. 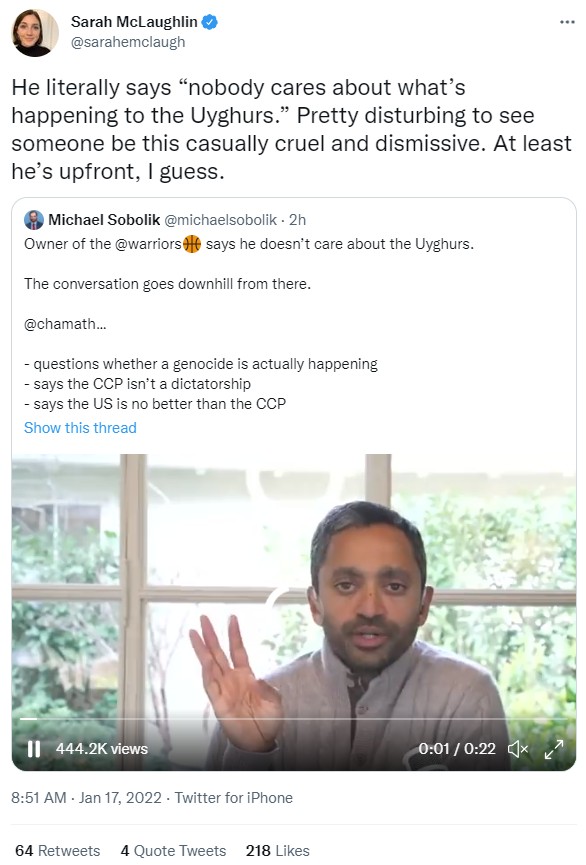 Sarah McLaughlin on Twitter: “He literally says “nobody cares about what’s happening to the Uyghurs.” Pretty disturbing to see someone be this casually cruel and dismissive. At least he’s upfront, I guess.” / Twitter

He holds dual Canadian and American citizenship (his parents brought him here from Sri Lanka as a refugee), and went to U. Waterloo in Ontario.

Politics? He is a big Democratic Party donor (like $1.3 million), and once suggested that hard-leftist Elizabeth Warren would be among the best peeps for a presidential ticket.

UPDATE:
Warriors management now at war with their nominal owner/ass. (But they still loves them some China, if I understand correctly.) NOTE: I fixed their issue and added the actual statement below their tweet, since the Warriors’ P.R. department is apparently too daft to get the sizing right, and it didn’t fit in their tweet. Perhaps they need new owners. 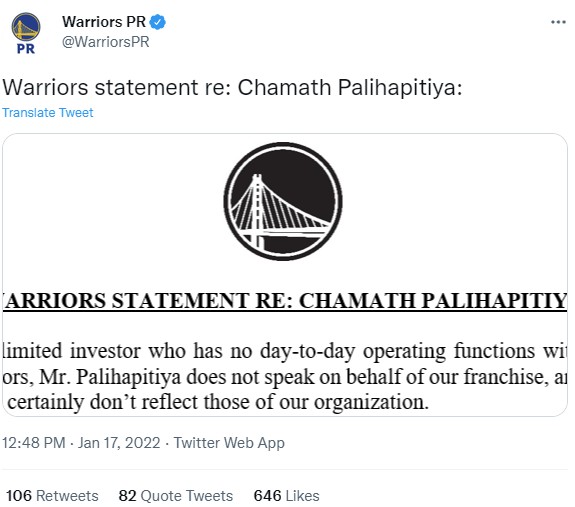 Previous articleFacial Hair should be taxed. And Banned. And bearded peoplekind should be forced to shave and etc.
Next articleWho’da thunk it? (Act shocked!)