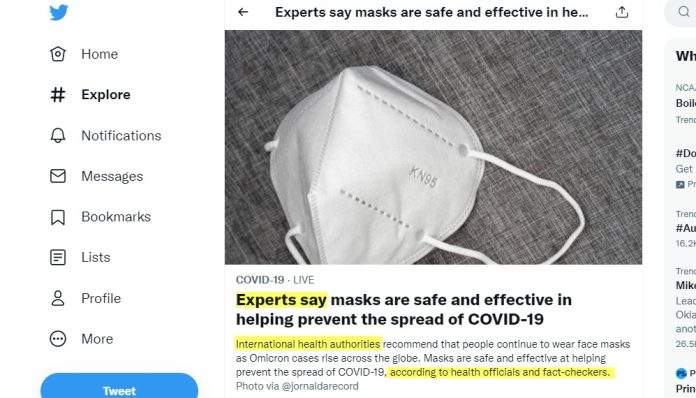 Apparently, The Experts™ at CDC are now on about N95 masks being Just The Ticket™. Like they didn’t know that before. And even though we were long ago (and every step along the way) told The Science Is Settled™, it turns out it is AKSHEWALLY like gender, inasmuch as Science Is ALSO Fluid Sometimes But Not All The Time (depending on the agenda at play, which The Experts can inform you about… When It Is Time). 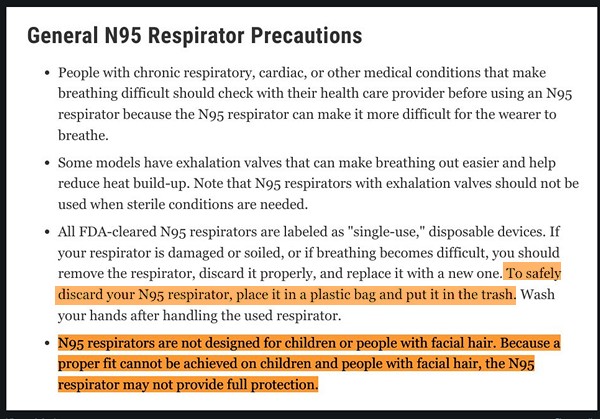 I love the part where it says you should only wear your expensive new N95 masks once, and then… put it in a plastic bag, which, not five minutes ago, was definitely going to kill all the whales and end the planet, and was, in any case, BANNNNNED#%!! in many left-wing-led Climate Emergency™ places. Those, along with the evil plastic straws — which, if you’re nostalgic, you’ll remember you used to use just once before then putting it directly into a whale’s mouth and then getting on with your busy day of working for the man. And coffee cups and plastic grocery bags and all plastic single-use stuff was banned too, because as you know, Save The Planet™ and also Climate Emergency & Etc.™. Nevertheless, you are instructed to bag that expensive new single-use N95 mask and throw it into the garbage for delivery to the planet-killing landfill. Because Science™.

But the new N95 Is The One To Wear! advisory is all gold on several levels. Recall that the mask history is roughly thus:

(Step 1A) …except hospital personnel Must Wear Masks because it works for THEM because Science™.

(Step 2) Stay home at all times. Do not go out. Stay away from all people. Two Weeks To Bend The Curve!™! Except Walmart and liquor stores can stay open, and Home Depot naturally. But stay away from all little shops and all people Because Science™.

(Step 2A) Akshewally… you should go out and protest with BLM rioters because all the Systemic Racism™ is even worse than the Covid if you can even believe that!!!! (which you are instructed to do by Health Officials™). FOLLOW THE SCIENCE™.

(Step 3) Akshallllly you Must Wear A Mask At All Times Even In Your House — and definitely, while you’re out for a walk or at the park (but don’t sit on the park bench which is all taped off to prevent you from sitting with your child …or else COVID!!!!!!). But not an N-95 mask, because they don’t work for you, only for hospital folks because of their magical powers. Wear those cheap useless masks that are Made In China. Because Science™.

(Step 3A) Akshalllly you don’t have to wear a mask outdoors but it does provide good theater and helps to shame all the Anti-Masker Deplorables™ into wearing one, and exposes those unobedient people who don’t abide by Powerful Government Orders. So do wear one outdoors too.  Because Science™.

(Step 4) You can go to awards shows and gala balls jammed with liberals and Karens and AOCs and not even wear a mask Because Science™. But all of the lowly staff and servants to the elite musts be masked at all times also Because Science™.

(Step 5) Wear at least two masks at all times because one is not enough even though all this time we said wearing a mask would definitely “bend the curve” and totally work Because Science™.

(Step 6) Forget what we said about not wearing N-95 masks because we just found out they akshewally work to end the pandemic, so only wear N-95 masks and not those stupid cheap-ass ones we told you to stock up on because they are obviously total shit. But anyway Experts Said™ Follow The Science™ Because Science™.

(Step 7) If you have been following the trendy fashion trends and now sport a stylish beard ‘o trendiness, an N-95 mask won’t work worth shit, so you will be Spreading The Disease™ and you may be spreading Sure Covid Death™ (or at least a sore throat), albeit you’re very fashionable so that’s good. So definitely DON’T SHAVE OFF YOUR BEARD BECAUSE FASHION, AND TRENDINESS, AND STYLE, BABY, IS THE MOST IMPORTANT THING!!!! Also if you are a child You Are Maybe A Killer because the mask doesn’t fit your tiny face even though it totally doesn’t matter because you are a child, and anyway You Must Mask Up and Not Go To School. Because Science™.

(Step 8 – The Future) The people start to figure this crap out.

P.S. Others have already figured this crap out. 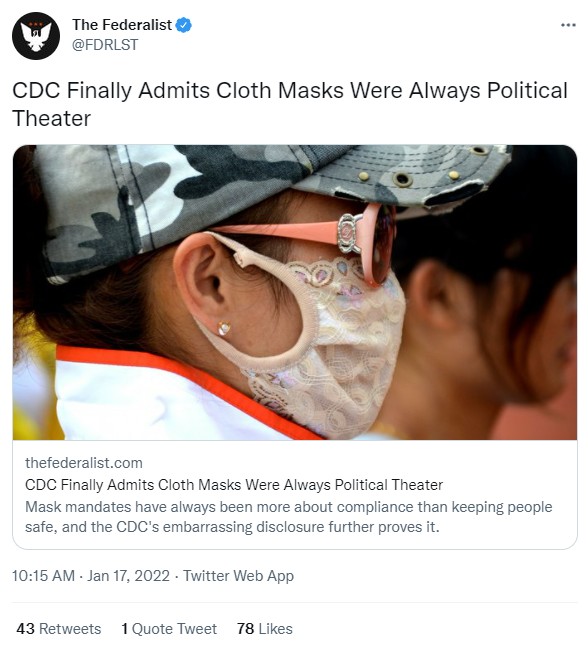