Democrat Speaker Nancy Pelosi’s petulance last night, all night, but especially her finale —her vainglorious ripping up of the SOTU speech in a grand display of her childishness, and lack of self-awareness — reminded me of this framed display I made of my late mom’s piano music. The story here is that my mom ripped up her music after her boyfriend told her he didn’t like the piece (thus the Scotch tape lines after she got over her tantrum and fixed it). I imagine her looking — and actually being — far more genuine in her tantrum than Pelosi did last night. But my mom was in her teens at the time. And it wasn’t the State of the Union. And she wasn’t the Speaker of the House. And she wasn’t a grown adult. And it was over piano music. And it didn’t matter. And there were no cameras, nor any her of fan club in attendance, nor a nation of voters watching on national TV, meaning it was an honest reaction, not a crass, staged political display. And unlike Pelosi’s utter lunacy, I want to remember my mom’s now-fun, real-life moments. 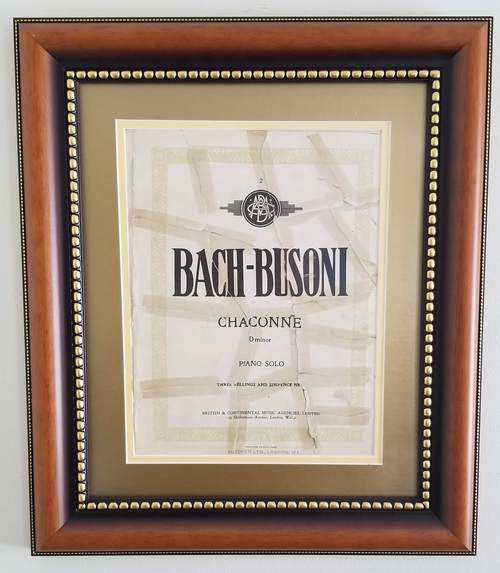 On the positive side, the Pelosi idiocy allowed for an explosion of great tweets. Here’s just a couple:

i didn't realize how fucking great that speech was until Pelosi ripped it up.

Pelosi demolished decades of tradition in this ill-considered, ill-tempered moment. Many will celebrate her conduct and be thrilled by the insults. However, if she cannot apologize and maintain this tradition, Pelosi should resign as Speaker. https://t.co/JDLp096NDW

Most damaging for the Democrats, they looked like a cult. Nobody remembers whatever dopey symbolism they intended with the white uniforms last time. All they saw was a bunch of weirdos dressed like a cult and scowling while Trump rattled off good news. https://t.co/x4DDm74fFa