WEST HOLLYWOOD, Calif.—Paris Hilton and her mother, Kathy, will be grand marshals for the annual gay pride parade, one of the city’s biggest celebrations.

They will greet tens of thousands of people expected Sunday at the Los Angeles Gay, Lesbian, Bi-Sexual & Transgender Pride Parade.

The hotel heiress is engaged to Greek shipping heir Paris Latsis, a grandson of John Latsis, the last of Greece’s shipping billionaires from the postwar boom years, who died in 2003 at 93.

Kathy Hilton stars in NBC’s “I Want to Be a Hilton,” in which she guides 14 young contestants through a variety of weekly challenges in the New York social scene, ranging from art and culture to beauty and fashion. The winner of the show, which premieres June 21, will receive a $200,000 trust fund. 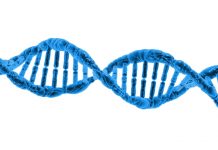