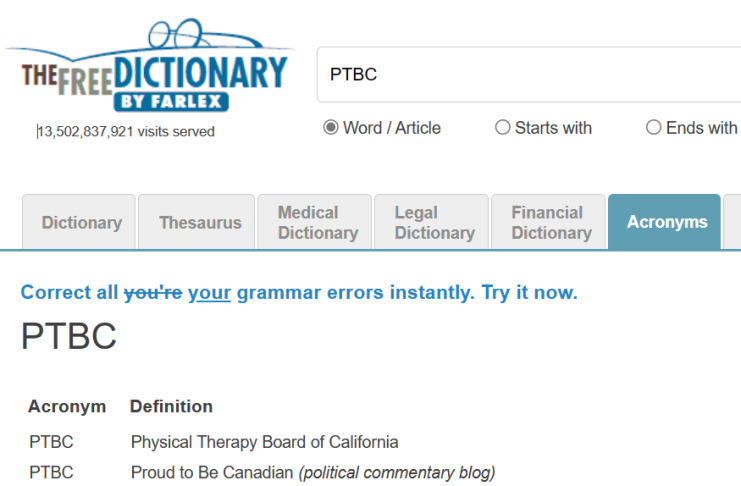 Patterns of Total Body Connectivity, huh? Is that like you put dots all over your body (or someone else’s) and then see if you can connect the dots, and then having done so, sit in a group and discuss the patterns created? No it turns out it’s a, well, I still don’t know. Here’s a video. I still don’t see how drawing dots on people and connecting them and seeing patterns wouldn’t also be a good therapy for something. More on this in a second.

It’s Friday late in the afternoon and I haven’t left much time for me to write up anything meaningful. But there is time for the inane and ridiculous. More time should be spent on the inane and ridiculous, and on drinking (yes, people, you can ignore the Canadian government nanny-state authoritarians who appear ready to not only raise taxes on liquor yet again (it’s already like 62% of what you pay), but to limit you to two drinks per week. That’s right, per week, not per hour. We are not going to comply, government. And Let’s all drink to that. Clink.)

I spend lots of time on my SpaceX interests lately, like by watching the Starbase 24-hour live feed on one monitor …while I watch Twitter and read stuff and do actual work on another — honest — but, unfortunately, this is all they have on there now as the Spacex Spaceport in Texas is fogged-in at the moment, which is highly unusual and weird. Can’t even see the Starship at the launch pad. 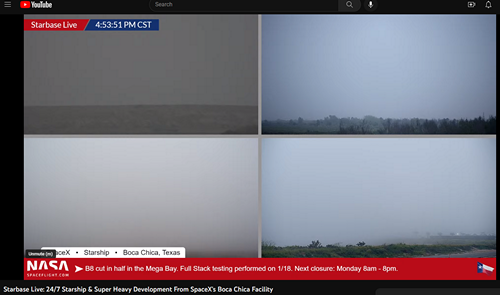 Luckily, earlier in the day, it was clear when they rolled out this weird thing from a Starship hanger and put it in the Starlink hanger. All the chatter in the chat box was about guessing what it was. In light of the news that Canada is now open to commercial space launches (and I have to ask: how long before the Libs/NDP propose another state-owned, state-run monopoly to “compete” with SpaceX? The very question elicits a hearty HAHAHA HAHAHAHA Waaaa HAHAHAHAHA… before I start bawling and tears pour out of my eyes and I lower my head in sadness). 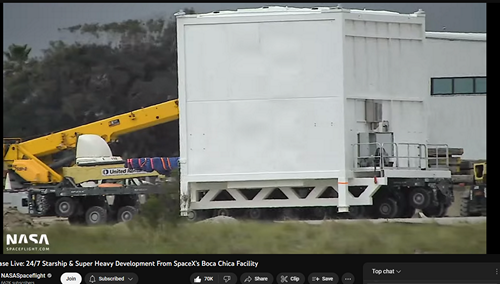 I bravely ventured that it was a new Canadian rocket prototype! South Park aficionados will appreciate the immense humor. Liberal MP Marc Garneau may cite me for “hate speech” and demand I attend re-education seminars or somesuch.

But semi-seriously, weather plays an important role in space launches. There is a reason SpaceX and NASA have launches in Texas and Florida, and it isn’t just the good politics and helpful governments that love private enterprise and the lack of stupid, useless, burdensome regulations, and it’s not just that they have low, low (or no) state taxes. It’s the weather. Canada is known for none of the above. Quite the opposite. Here’s a clue, from the article at National Post:

Dear God. This could have come out of Marxist Weekly or Pravda in the old Soviet days. Their main goal is not to launch rockets and advance, well, anything, it seems. It’s literally to get in the way, regulate, make new rules, invent new conditions, block progress as much as possible, and grow government even more, all so they get to then play the role of the awesome, big, elite, know-it-all “authority” —and decide whether or not a launch will be “authorized” via their committee, within three years or so, depending, no doubt, on if there is buy-in from the indigenous tribes and the trans community. (And by the way, CO2 emissions now don’t matter? Or is this an electric rocket only thing?) But good luck, Canada! And do continue to vote Liberal!

Speaking of proud to be Canadian (or not so much), I looked up PTBC in the dictionary: 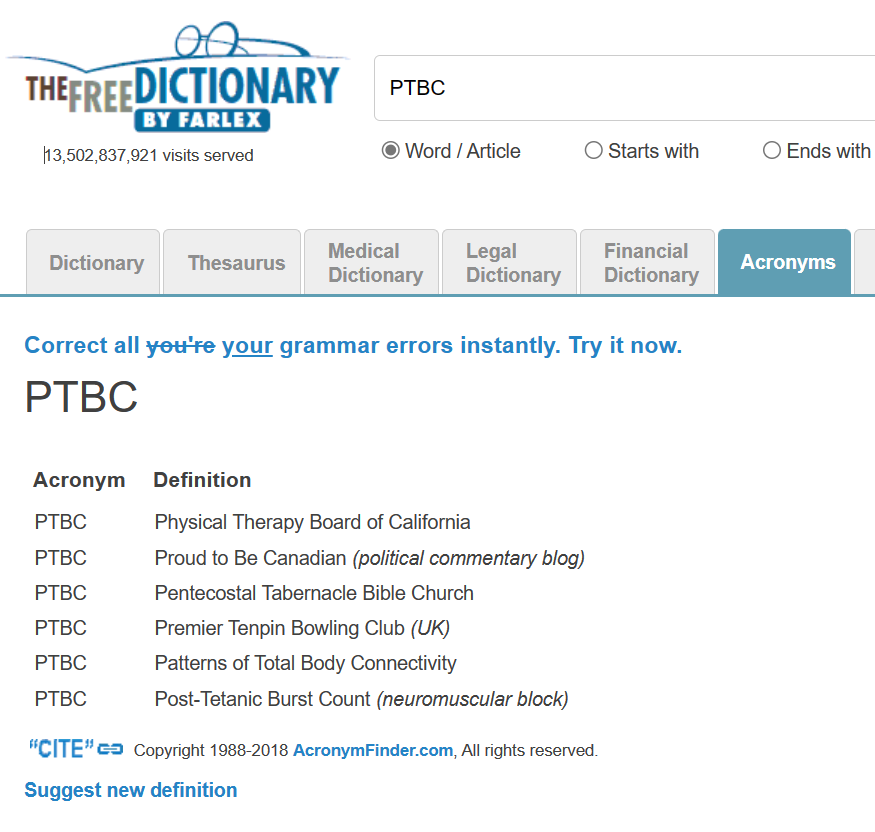 I’m glad (and rather shocked) that they described the real PTBC (this here site) as a “political commentary blog” rather than, say, “an extremist alt-right far-right transphobe Nazi-like site of dishonor and hate with racist undertones” or some such.

Note to the Physical Therapy Board of California: I will sell “PTBC.ca” to you if you’re interested, since “ca” is the abbreviation for California. Oh and a note to Daily Wire: I would not trash any takeover offer of PTBC even if you insist I do videos on Post-Tetanic Burst Counts (please start your bidding at $50 MILLION plus two months off, because damn it, I’m worth it). As a deal-sweetener, I still have some old leftover merch you can distribute via DW to justify the big bucks you’ll likely be offering me: 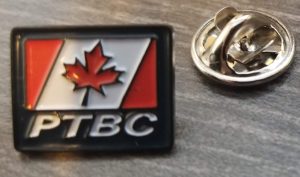 On a final note before I do my daily treadmill workout followed closely by cocktail hour(s) (two drink minimum, per hour), and since Canada is all about hockey (if not rocket launches), I found this hilarious, in light of that whole thing with hockey player (not professional political ideologue, or lemming, or woke religious sect or cult member) Ivan Provorov refusing to be compelled by woke idiots to participate in his team’s gay pride night (how many is this now?) by being compelled to wear a rainbow flag hockey jersey (good for him! I’m finally a fan of anyone in hockey!)… 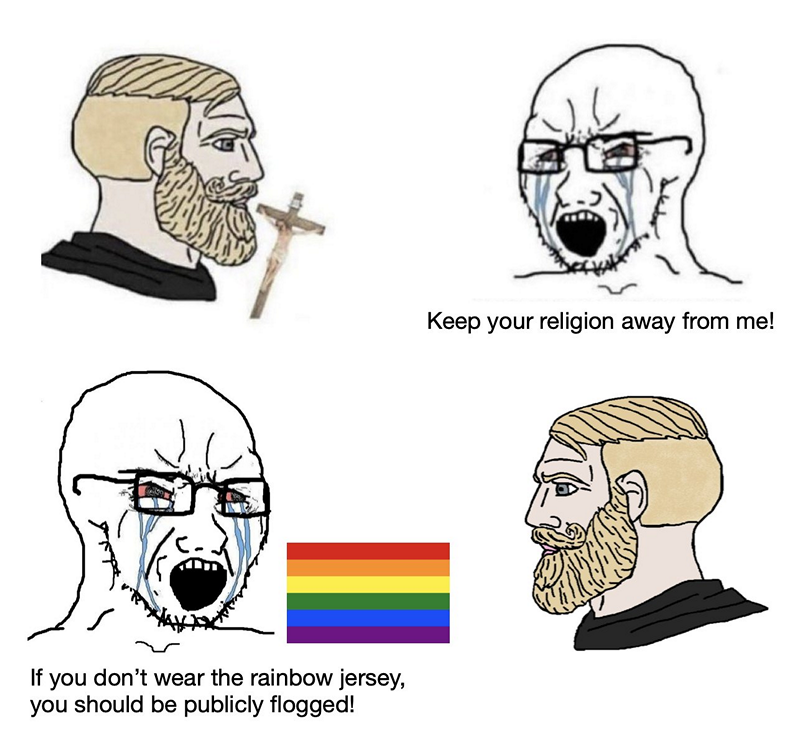