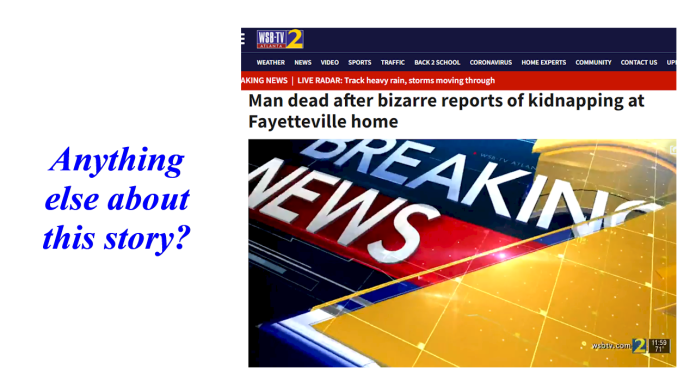 The story sounds like another random murder or suicide. Horrible of course, but nothing unusual. Take a look:

Man dead after bizarre reports of kidnapping at Fayetteville home

FAYETTE COUNTY, Ga. — Police said a man is dead after someone called 911 and reported he had been kidnapped by a group of people at a Fayette County home Tuesday. …

Police said a man was later found dead inside the home from a gunshot wound. Police say the gunshot wound was self-inflicted.

Channel 2′s Tom Jones spoke with investigators at the scene who said they received a 911 call from someone who was whispering. The caller hung up.

Dispatchers called back and the caller said he had been kidnapped by a group. Officers traced the call to a home on Selwyn Street.

Police said they saw someone who appeared to be in distress in the garage. About 10 people came out of the house, but one person remained inside.

Jones talked to a neighbor, who said she aw [sic] police tackle a man outside the home and arrest him…

Just before 2 p.m. investigators held a news conference where they said a SWAT team had entered the home and found a person dead with a gunshot wound to the head and that the incident was over…

So that’s the whole story, right?

Apparently not. Independent journalist Andy Ngô fills us in on Twitter, and it’s like you’re reading a completely different story altogether: 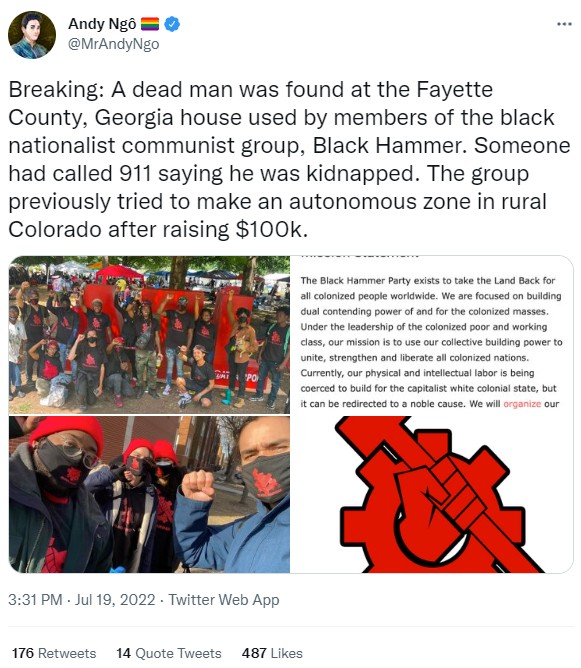 One of the graphics from the above tweet includes their mission statement: 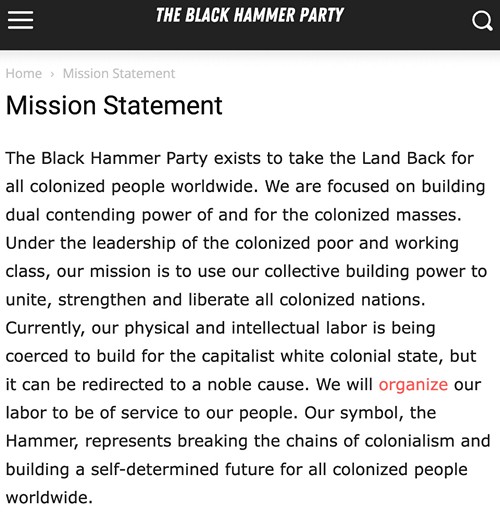 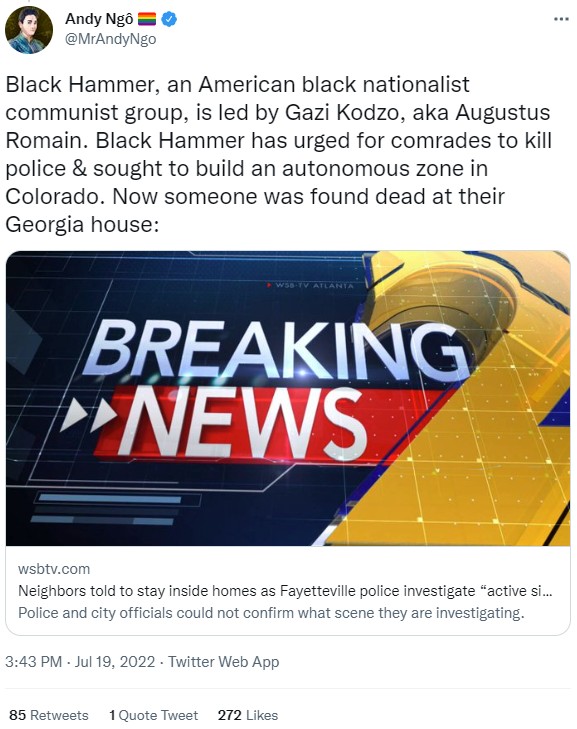 If a tree falls in the forest and no one is there to hear it, does it make a sound? And also, there are no left-wing extremists if there are no reports of any.

Previous article
UPDATE 1: Young woman allegedly shot dead by a known criminal who wasn’t in jail — was herself under warrant
Next article
Tweets that go together