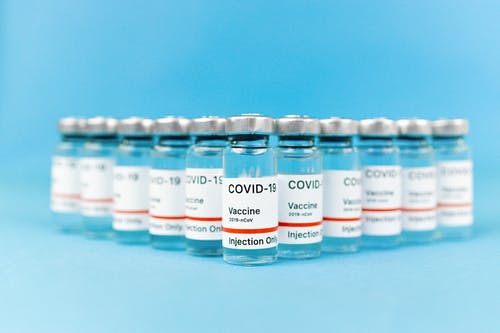 As soon as I saw the front page, I knew there was a political rescue mission underway.

Newspapers (unless they’re “news” papers) shouldn’t be in the government rehabilitation business but they are. If a government is screwing-up, they should report it, and seek answers. They shouldn’t act as stenographers, reporting exactly what the government tells them. But they often do. Such “news” media obedience is expected in Communist China. North Korea. Russia, Venezuela. Not Canada, or at least not in Canada until recently. I do expect to see it now.

Certain new media act as PR firms for governments. As if I had to tell you, they do this for partisan political reasons, rather than to do the honest and noble thing, albeit the sometimes painful thing, which is to simply report the news objectively, without bias, no matter how much it hurts your feelz as a journalist. They do this to support — to bolster, or excuse, or paper-over problems for — the party in power. But only as long as their favored party is in power. Otherwise, they’ll bash the crap out of them. Take Trump. Take Kenney in Alberta. As you know if you’re real, in an amazing coincidence, the governments they support are most always liberal-left or full-on left-wing, or at least not-conservative governments.

(Just to complete my little circle of knowledge, let me finish the thought for you: this is because the “news” media is replete — stacked from top to bottom — with activists. Liberals, full-on socialists who don’t even have a clue how pernicious socialism is, and even a few (but I suspect a growing number of) communists who also don’t even have a clue what communism is. They’re inundated with the woke set, robotic left-wing propagandists, feminists, climate change alarmists, trendy protest-du-jour types, labor unionists, and generally young, sometimes university-educated, total dumb-dumbs. Fun fact.)

For example, take the news today. All over the news is the story about how the Covid vaccines — now finally available — are not even being administered to the people to the extent they could be. Some provinces are slow-rolling it. Most provinces have only vaccinated 20 or 30 percent of what they’ve got stocked in their freezers. Vaccinators were given Christmas and Boxing day off in many cases, and no, they haven’t been working 24/7 —you know, like Macdonald’s does to serve-up those emergency hamburgers. I dare suggest Macdonald’s could have done a far better job of administering this vaccine. Plus you could get fries with that.

For a so-called “national emergency,” and one which has ruined lives, ended others, ruined businesses, ruined schools, ruined economies, and ruined souls and spirits, this vaccine roll-out is — well it’s exactly what I expect of government. A massive failure. (Well, another one, after every level of most every government created this monster in the first place.)

I cringe at how our governments would roll out our defenses in the event of a military invasion.

Here are some of the headlines I’m talking about, and how one newspaper ran to the rescue of their beloved (NDP, natch) government: 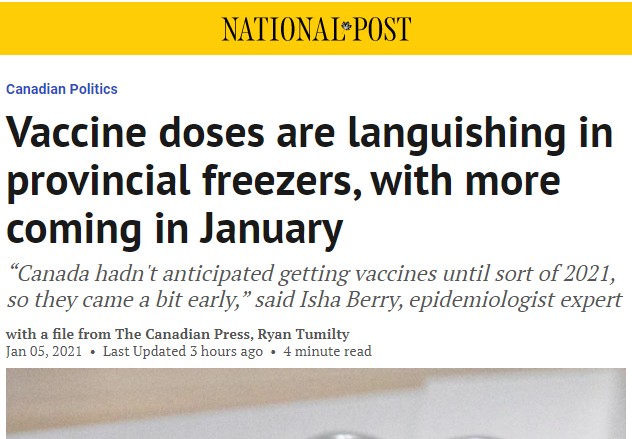 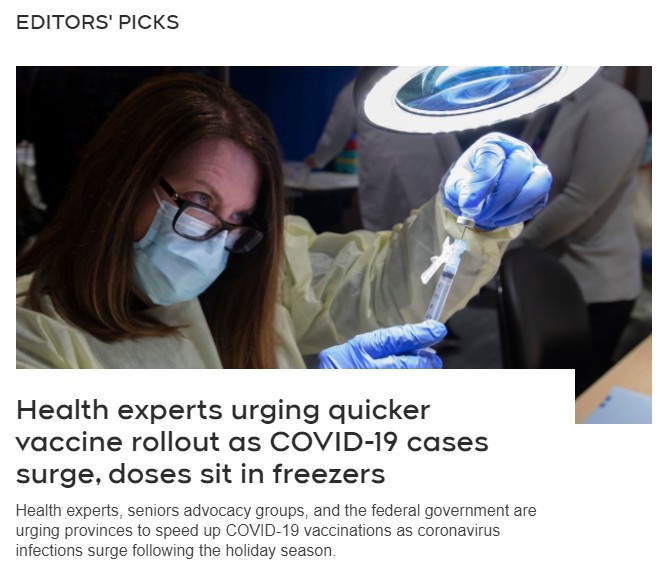 By the way, lest you think this is “Trudeau’s fault,” in the way that it is reported as an absolute fact to be “Trump’s fault” in the USA despite the US doing better than us insofar as vaccination roll-out (the Globe and Mail explains that “Israel, Britain, the United States and Germany have all inoculated a larger share of their populations than Canada…”) —well my friends you just couldn’t be more wrong:

See? Don’t worry, Trudeau’s frustrated. So he’s off the hook. But that was just from Justin Trudeau’s very own (albeit state-owned) CBC, you say, so naturally they’d rush in to help him save face. It’s not His fault! He’s ‘frustrated!’ ‘Frustrated‘ I tell you! But no, here’s Global “News” too, and I imagine all of them will do this in one way or another in the hours and days to follow, to eliminate any notion of his culpability: 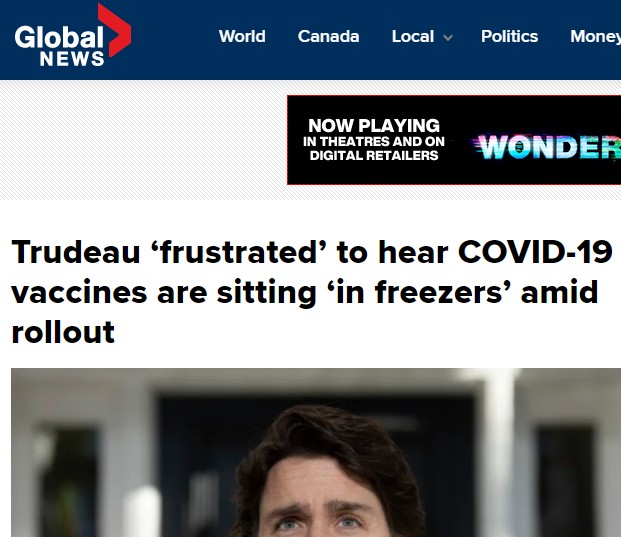 Anyway, whether you’re ‘frustrated’ or not, and frankly the “news” media don’t give a crap if lowly dumb old you are ‘frustrated,’ only whether Trudeau is, here’s the liberal and liberal-left’s very own Vancouver Sun to the rescue of their beloved provincial government with their really unbelievably positive spin — just like a PR firm might do — on this latest government failure: 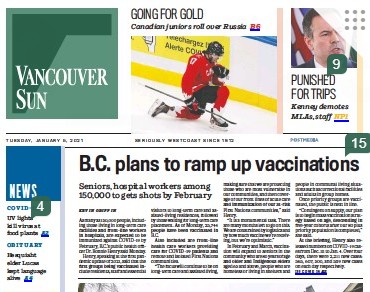 So…not a failure to plan, but now a plan to fix what wasn’t a failure! Amazing news.

The politicians have the gall to blame the slow roll-out on the fact that they hadn’t planned on a vaccine being available this early. The fact that government hacks blame their own stupidity in order to get themselves off the hook is pretty amazing. That they expect us to buy it, and that it is unquestioned by the sleuths in the “news” media, is ridiculous and insulting.

They planned for, at best, January 2021 to get the ball rolling, and even later to actually fully implement the plan. Look! Referring to Isha Berry, a PhD candidate in epidemiology at the University of Toronto, National Post reports her saying “Canada hadn’t anticipated getting vaccines until sort of 2021, so they came a bit early.” 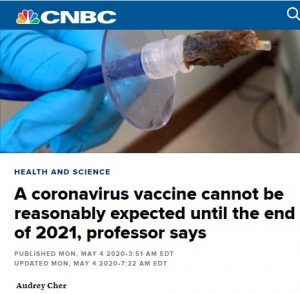 Some said much later than that — like WHO. And they were wrong. Again.

I think I can sort of point to the real problem, aside from typical government incompetency and ineptitude, which is truly at the heart of it: it is also because President Trump — correctly, as it turns out — said it would be available this early, and thus many numskulls said that ipso facto, it would not be, because that’s literally what some do. Opposite Trump has been a game they’ve played since 2016. Pathological Trump-hatred aside, though, planning for “sort of 2021” is not how to plan anything, including a life-saving vaccination. That’s how to fail. That’s how to end lives. How to wreck a country. You plan for an earlier vaccine availability date, and more availability, than you might have imagined, or that you’ve been told by the geniuses at WHO, which said maybe sort of in late — or end of — 2021. 2021.

Who was right? Not WHO. Not the news media. Trump. Sorry, but them’s the facts. They should report that. And the fact that our governments screwed-up. Again.

Previous articleIt’s it’s, not its. Geniuses.
Next articleA hapless choice of words and sentiment