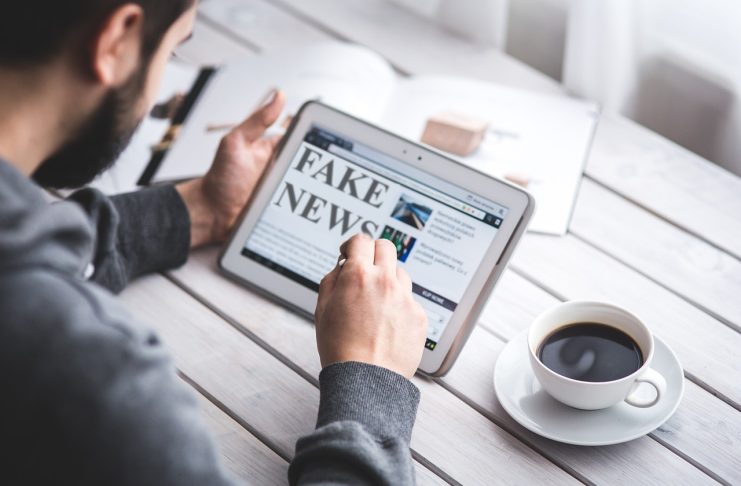 I won’t dwell on the lack of trust in the “news” media here, because I’ve done it a thousand times before. It’s just that today provides us with two excellent examples of it happening. Perhaps defeating my own premise, one of those examples is provided by a legacy media outfit, the National Post, which posts an article exposing the “news” media’s lies and misinformation. Yes, this is in fact how to rebuild trust. So, good job, NP and Terry Glavin.

That article, by Terry Glavin, is a vital piece of work that, I have no doubt, will forever knock him off all of the liberal journalists’ Christmas card list (or “Happy Tree Fest” list, or whatever the progressives in “news” media call Christmas these days). Why? Because it tells the truth, and in so doing, exposes “news” media lies and a lot of the nudge-nudge-wink-wink liberal advocacy taking place in “news” media, in place of their doing their actual jobs: questioning authority, investigating, questioning again, getting sources, proving their story isn’t a complete lie, and finally reporting actual facts without injecting their left-wing political advocacy into it.

Read it now, because I don’t know how long it will stay up (I printed a PDF for my own purposes in case it is “canceled” along with Mr. Glavin — and by extension, me for touting it.) If Glavin is canceled, find him at Substack where he wisely started his own article repository a few weeks ago, and where they famously do NOT cancel people with heterodox ideas or who enjoy telling the truth: The Real Story | Terry Glavin | Substack

The year of the graves: How the world’s media got it wrong on residential school graves | National Post 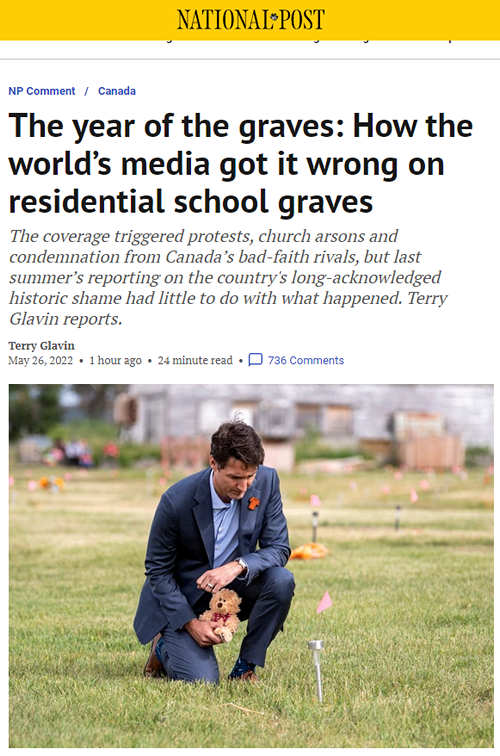 The second is a Twitter thread, and as many Twitter copy ‘n pasters like me know, it’s hard to replicate a Twitter thread on a format such as this. Twitter isn’t even the best place for it because you have to keep clicking “Show More” and other such prompts. So I’ll rely on a standby service called Threadreader (threadreaderapp.com) to “unroll” the thread and make it somewhat easier to read. If you prefer Twitter, it’s here.

This one is about — or at least adjacent to — the horrendous school shooting in Texas this week, but it seeks to set the record straight about guns and gun control and shootings in the US, where, much like in the indigenous grave (or better yet, “grave”) story, facts have been twisted way, way out of whack, and the “news” media in the US and more so in Canada have (purposely, not accidentally) led you wildly astray (with the able help of nearly every single person on the left, who shun facts and truth and history and science whenever it provides aid and comfort to their preferred political narrative. Which is often, these days, even more often than men can squeeze newborn babies out of their penises). 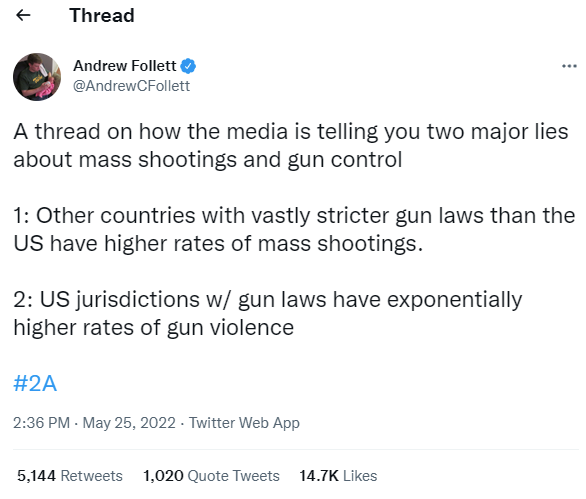 If you just read those two pieces of work, you’ll be hugely rewarded with the truth and facts, and perspective you need to help sort this horrible stuff out. You do have to do some of the work yourself sadly, including saying something when people lie to you. And voting. Etc.