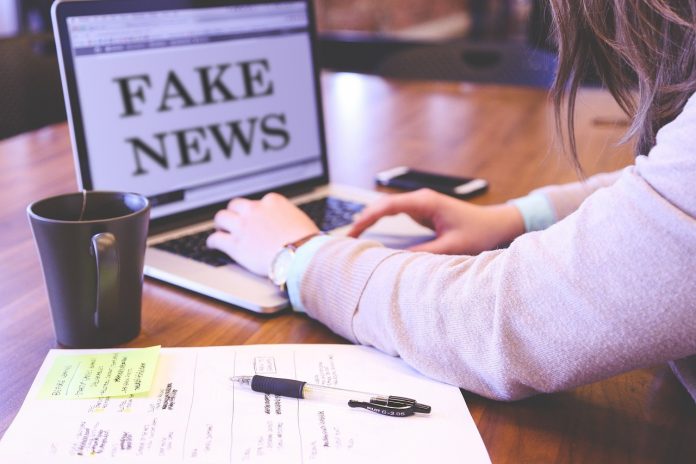 Canada’s intelligence community will have to grapple with the growing influence of anti-democratic forces in the United States — including the threat posed by conservative media outlets like Fox News — says a new report from a task force of intelligence experts.

This perfectly-centered and objective and not-at-all left-wing state-owned CBC “news story” is based on a report written by a “task force of former national security advisers, former Canadian Security Intelligence Service (CSIS) directors, ex-deputy ministers, former ambassadors and academics. Members of the group have advised both Prime Minister Justin Trudeau and former prime minister Stephen Harper.” I think they include Stephen Harper in there to lend some credibility to it.

No word on whether any of the members of the “task force” were wearing white lab coats at the time they spoke to the CBC reporter (or “reporter”). But this has worked well throughout the so-called “COVID” era.

And why Fox News Channel? Habit. Hate. Division. Politics. Ideology. Did I say hate? Plus they found some kind of Canadian connection, which is that “The Canadian [Freedom Convoy] protests drew support from politicians in the U.S. and from conservative media outlets, including Fox News…”. Drew support from me too, to an extent. I’M A THREAT! Communist China supports lots of stuff in Canada (not including me, though). No biggie though right?

If you support the truckers’ cause, you’re now literally cast as a national security threat by these divisive left-wing activists, as evidenced by this “report.” They hate their Canadian basket of deplorables even more than Hillary Clinton hates hers. And by the way, a “report” on the left-wing Hillary Clinton and her now–actually documented threat to democracy — an actual living, walking threat to democracy (read “Hillary Did It” — in the Wall Street Journal, never in CBC or CTV or most anywhere) — would be more than apt, at this time. But they just cannot let go of this trucker thing, so annoyed and insulted were they at the open display of non-conformity with the progressive-left groupthink and defiance of what these anti-social yobs were told to think, and thus the perceived threat to left-wing political orthodoxy and hegemony that they — and the likes of the evil Fox News Channel — pose.

So we have this garbage “report” on threats. And we have the “news” story promoting a propagandist “report.” On state-owned media. Threat to Canada? I don’t think so. Threats to them and their ideology? For sure. So let’s spot the real threat and write up a report, huh?

I gather the members of this very exclusive and brainy “task force” are not huge Conservative Party donors, nor fans of anything conservative or that which does not toe the progressive left’s line. In fact, those who are quoted are a past member of Justin Trudeau’s squad, Vincent Rigby, who until a few months ago served as the national security adviser to Trudeau, and Thomas Juneau, a professor, so, it can be assumed, a lefty, especially given his slamming of Fox News as a threatening center of international right-wing extremism support. Look!

The task force added that this scary security sitcheashiown is also about… climate change — as if I had to tell you. Because aside from Fox News, random conservatives saying just whatever they say all willy-nilly-like and without restriction, “systemic racism,” and the ever-important crisis of ensuring that all children can be educated about the joys of switching genders surgically and by the use of puberty blockers to be trans-gendered, life is all about climate change.

The authors — some of whom had access to Canada’s most prized secrets and briefed cabinet on emerging threats — say Canada has become complacent in its national security strategies and is not prepared to tackle threats like Russian and Chinese espionage, the “democratic backsliding” in the United States, a rise in cyberattacks and climate change.

The only “democratic backsliding” I’m concerned about is that which is currently happening in Canada under the Trudeau Liberals and their NDP bedmates. But the left is all about projection, so this sort of misinformation and misdirection from the Liberals’ “news” media divisions should not surprise us — particularly when it’s from their state-owned CBC division. (I couldn’t find the “news” story on liberalvision CTV, as they may have deemed “news” on this “report” to be too stupid, divisive, propaganda-ish, partisan, and/or embarrassing to publish. (Or they just haven’t gotten to it yet because there’s only so much liberal advocacy you can do in a day after all.)

The penultimate quote is from Trudeau’s man Rigby again:

Sure, OK. After all, Fox News didn’t exist back then so nobody heard any non-liberal news. (No threat!) And here’s what else is true: the state-owned CBC wasn’t so much an openly far-left-wing activist organization back then. Today’s state-owned CBC isn’t your grandparents’ state-owned CBC, and now, it and much of the other “news” media are nothing short of left-wing progressive and oftentimes overtly woke propaganda and anti-conservative left-wing advocacy outfits, now — a great departure from the old days indeed.

That’s an actual threat to our democracy — a homegrown one having nothing to do with Tucker Carlson, Trump, or Fox News Channel, and nothing to do with “right-wing extremism.” Quite the contrary. It’s also one that neither CSIS nor university professors need to look into (nor Fox News report on, though they’d be the only outlet doing so). I’d suggest voters look into it very thoroughly and quickly and yes, do correct all the real threats to our democracy.

Previous articleChinese Communist Party–linked woman’s “company” buys another huge mall in Canada
Next article“News” media lies. And lies. So shocking they’re losing our trust and must now rely on state funding (…which makes everything even worse)