Just as many public schools — and God know how many politicians — have become reliant upon dirty Chinese Communist Party cash to fulfill for their financial “needs” (we hope that’s all it is), the progressive ‘n liberal-left’s news media division also seems to be going that way now in earnest.

Here’s a half-page of Communist Party propaganda published on page A3 of Tuesday’s Vancouver Sun (Postmedia), making it by far the most expensive and most visible “ad” in the paper: 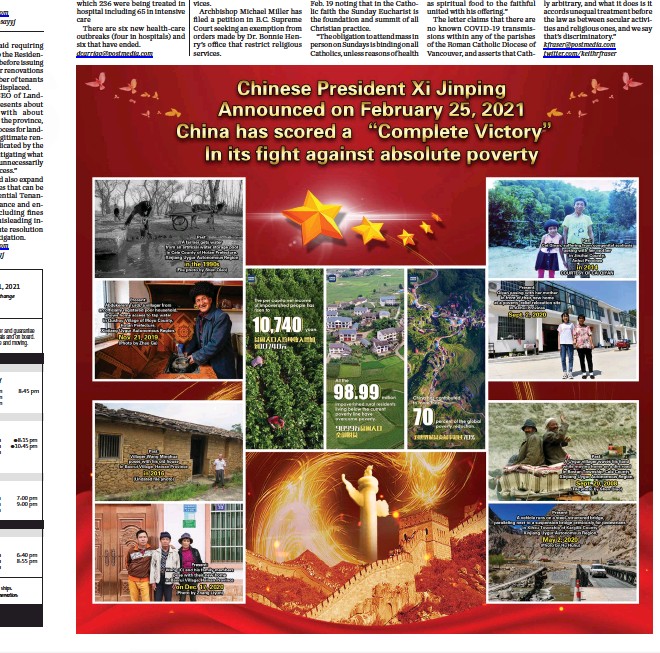 Here’s a fuller shot of just how prevalent the Communist propaganda was, which the Vancouver Sun thought was appropriate. The only comparably-sized “ads” are on the left (page A2), featuring one by the state-owned BC Ferries operation (BC state-owned, not China, but I understand the confusion), and the other ad is by Postmedia itself —again confusing, I know. 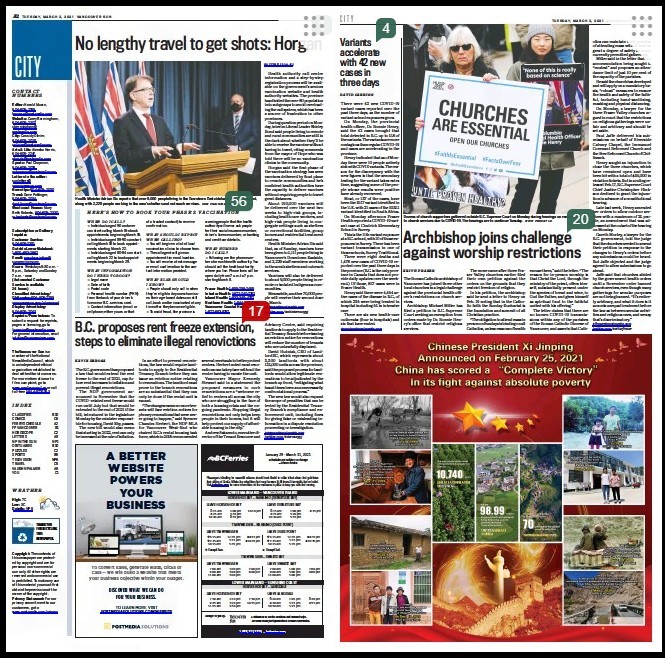 Apparently taxpayer cash subsidies (from Canadians) isn’t enough. They also need the Chinese Communists’ cash, notwithstanding their Covid, their kidnapping of Canadians, their spying on and the multitudinous credible allegations of theft of Canada’s intellectual property, the fact that China has just been declared a genocidal nation by Canada’s own parliament, and that it is led by a murderous, authoritarian communist dictatorship.

The Vancouver Sun isn’t the first to be caught selling-out to the Chinese Communist Party. Last year The Globe and Mail was caught doing arguably worse (the Liberals’ Toronto Star division, of all things, then ran an article criticizing them: “Shame on the Globe and Mail for running Chinese government propaganda“.)

Just as they treat conservatives fairly even though conservatives are against the liberal-left’s decision to taxpayer-fund newspapers like the Vancouver Sun, they’ll treat stories on China totes fairly too.

I’m not in the habit of praising, well, almost anybody in Canadian news media because they rarely deserve it. But credit where credit is due: This is a good quote from the scathing Star article I referenced above, written by columnist Rosie DiManno —words which I would extend to the Vancouver Sun:

“So, on the record, the Globe has accepted Judas silver coins to whoremonger for the Communist Party that rules The People’s Republic of China. … China is a bully and the Globe, alas, is a pimp.”