After my post earlier this morning, I continued reading the you’ve got to be kidding party’s 2021 convention policies. Outside of the literally communist — no exaggeration here — policy platforms they will vote on this week, and aside from what could be argued is their increasingly anti-Israel or even anti-Semitic resolutions, is one basically ending Canada. I mean aside from the other ones, which would also end Canada.

Yes, open borders. “All immigrants” is their precise wording. 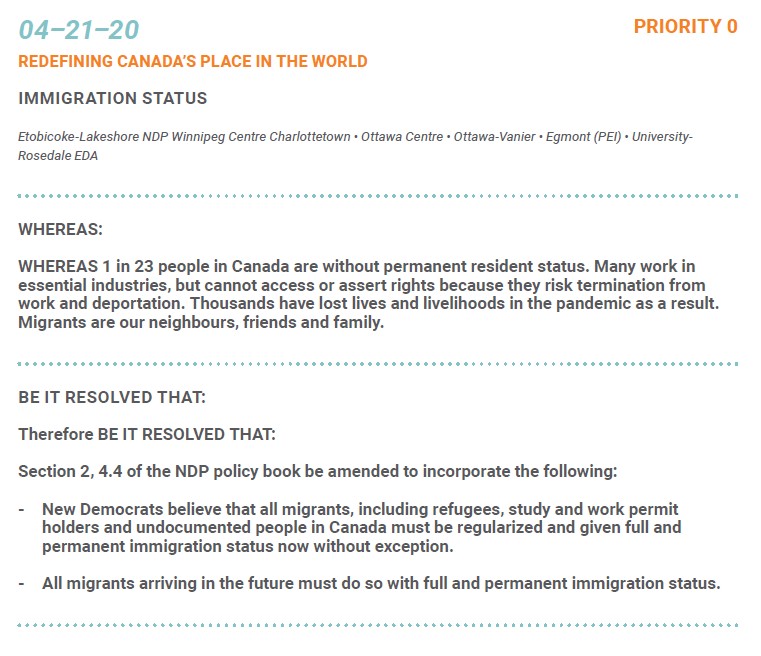 Their vision (the vision of those hoping the NDP members vote yes on what is essentially an anti-Canada and Canada-ending policy proposal) is a country — er, a location — which gives everybody a guaranteed income, “free” everything including everything from housing to massages, paid for by magical angels, and one which would also open its borders to any and all (“all immigrants”) who want to come here, and (“must”) give them (“full”) and permanent residential status. Essentially, ending Canada’s nationhood.

What could possibly go wrong? Duh.

P.S. I’ve followed this up with yet another followup! That’d be #3. This followup was #2, in case you’re stupid.