Twenty-eight tax cuts. That headline following the Harper government’s maiden budget is the one this small-c conservative will never forget.

There were so many positive billboards dotting the journalistic landscape on Wednesday, one would have thought the so-called left-wing media had been taken behind the barn and shot.

First impressions can be deceiving. The headline Twenty-eight tax cuts can give a lay person the impression the government is truly conservative. Conservatives are supposed to believe in tax cuts as a means to an end. Starving the beast of government is best achieved through tax cuts.

But a quick analysis shows spending by the new government will be even higher than it was under the Liberals. How could that be?

It’s not really black magic. Some of the citizens will benefit much more than others from the Harper budget. Many of those who won’t benefit will have their tax dollars shifted into the pockets of those who do. There is nothing new about that. This has been going on ever since government became about the redistribution of income.

You don’t have to be a conservative think-tanker to figure out why a predominantly liberal media would bear-hug this budget. It’s not conservative. Not by a long shot. Many of the so-called tax cuts are tax credits. It’s about government granting citizens financial incentives to modify their behaviour by paying them to do so. The behaviours include taking the bus, going to college, having babies, and my personal favourite, working.

The new government has taken the position that if self-employed people can get a tax break for working for themselves, why not put a few shekels into the jar of the average working stiff who packs a lunch box so he can work his rear end off for someone else? Now what part of this scenario sounds conservative?

Most people I know who identify themselves as small-c conservatives have always said it was the Liberals who believed in “social engineering.” They believed a real conservative government would slash social programs which are meant to be safety nets but turn into traps. They trap people in dependency. Those who are dependent on pogey, on welfare and on subsidies rarely fulfill their human potential.

Most conservatives used to believe government shouldn’t be about addicting people to a nanny state expense account.

Government wasn’t supposed to be about taking taxes from those who achieve and then redistributing them to those who won’t as long as government keeps giving them something for nothing.

Conservatives were OK with safety nets but not hammocks. This has been the cold-shower conservatism many of the faithful have talked about over the years, and Stephen Harper himself belonged to the Cold Shower Club.

That’s what made him scary to lots of folks.

The Conservative Universe will unfold as it should once Harper gets a majority. A leap of faith can get a conservative to embrace that. But sound reasoning gives that scenario a rough ride.

Popularity is the crack cocaine of governance. Once a leader tastes it, he rarely gives it up.

Harper never won popularity contests as a kid. But the former geek can now rock-star his way into history by continuing the spending ways of previous prime ministers. As long as the price of oil stays high and interest rates remain low, the economy can sustain several more of these budgets.

Will someone please thank those cold-shower conservatives for their loyal support and then dismiss them as unrealistic ideologues? Harper doesn’t want them crashing his hot tub party. 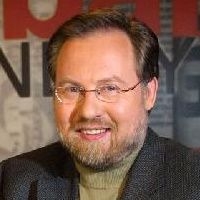