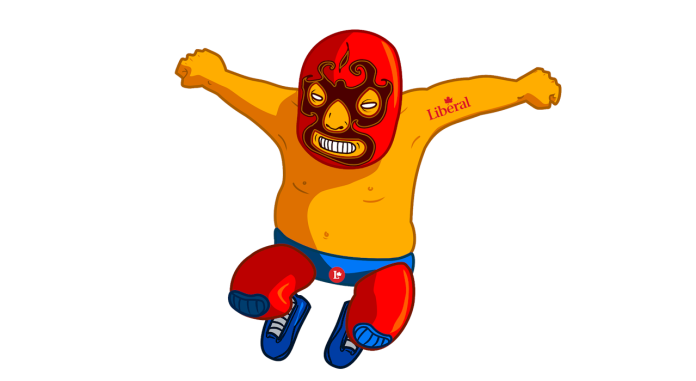 The story reads like, well, like any Pravda explanation for the latest government failures in the USSR. In this case they aren’t blaming “bad weather,” it’s “bad communication.” Never mind that Canada now spends roughly eighty blajillion dollars on its Big Government “communications.” Even having its own state-owned CBC media behemoth on top of the blajillions spent on “communications,” this isn’t enough. More is needed. Progressive y’all!

But at least we get to watch more state-on-state action. It’s gross and fun at the same time! Educational even! Grab a beer and watch! (Try to forget that half the cost of that beer is tax!)

Let me explain what I think most recently happened in the now apparently utterly out-of-control Trudeau Liberal Government of Massive Size and Control and Sunnyways™.

Aside from the multiple daily China Southern Airlines flights from Guangzhou (one of many communist Chinese state-owned and state-run, airline um, “corporations,” which uh, “compete” with China’s many other state-owned airlines — hahahahahahaha) and their giant fully-loaded Boeing 747 cargo jets (mercifully still made in the USA), trucks from the U.S. deliver practically every single thing we consume in Canada (including vaccines) because we produce almost nothing ourselves  —and that issue, my friends, is an issue For Another Day™, because… never being serious is now literally how we roll in Canada — now with more woke! — and in every other unserious nation and failed banana republic.

Truckers were thus exempt from the government’s yummy vaccine mandates because as I said, they are essential, and Canada cannot afford to limit the ability of truckers to truck our stuff to us. We would literally starve. Canada’s hospitals would fill up with sickly Canadians who are malnourished and who have been subsisting only on bread made out of Saskatchewan wheat flour, good as it is, possibly covered only in that grotesque “poutine” shit from The Nation Of Quebec (provided they would in fact share it with us non-French-speaking louts) made out of hideously expensive cheese thanks to Canadian government-controlled cheese supply and prices.

This is where the state-on-state action ensued, with a greasy Justin Trudeau in the mud-filled tub with at least two other Big Gov ’o Sunnyways departments in there with him: The Canada Border Services Agency, whose staff have been mostly watching the Golf Channel for the past two years, and The Public Health Agency of Canada (yes, that’s the head of the Agency you see in there, Dr. Theresa Tam, all greased up and in the tub with Justin and the others.)

The Canadian Press’s Marie Woolf did her best trying to explain it, but there is a lot of mud being splattered about, and I honestly think she was as confused as me.

…The trucking industry was caught by surprise Jan. 12 when the Canada Border Services Agency sent a statement to media saying that unvaccinated and partially vaccinated truck drivers crossing into Canada from the United States would remain exempt from the vaccine mandate that had long been expected to come into force last weekend.

The federal government reversed itself again the next afternoon with a statement that said the information shared the day before had been sent “in error.” The exemption would still end Jan. 15, meaning truck drivers would need to be fully vaccinated if they wanted to avoid a two-week quarantine and pre-arrival molecular test for COVID-19 before crossing into Canada. …

So as I see it, the confusion was that “exempt” did NOT mean exempt from having to get vaccinated, as you might think because you’re a normal person who doesn’t eat poutine and smoke pot every day, it meant exempt from the coming vaccine mandate which insisted you DO have to get vaccinated. They were exempted from vaccine mandates, and they would not be any longer, after January 15. See? No you don’t, admit it. Look at this:

The confusion spilled into the public realm after a spokeswoman for the Canada Border Services Agency issued a statement on the evening of Jan. 12.

“I am reaching out to you today to provide an update on our previous response,” she wrote, adding that she could now say unvaccinated truckers crossing into Canada from the U.S. would remain exempt from testing and quarantine requirements.

Leaving aside what “previous response” means, she is saying exempt from the mandate. Exempt from testing and quarantine. Clear as mud? Wait it goes on. This is good:

The Canadian Press has learned the miscommunication went beyond one official and even beyond one department, stemming from confusion among officials over whether a key government order-in-council on COVID-19 mandates covered truckers or not. An order-in-council lays out decisions made by cabinet, such as regulations or appointments. …

…The mistake, the source said, stemmed from an order-in-council issued by cabinet that was interpreted within the public health agency as a sign the policy on truckers had changed. That interpretation was wrong, however, as the government intended the exemption to end. …

What’s the Russian version of a Pulitzer? Because baby that’s some solid Prava writing right there! It explains everything! Joining us in the ring now is “cabinet,” and now it’s a giant pile of greasy government knobs who “miscommunicate” amidst “confusion” about “regulations” and “orders-in-council” amongst government “officials” in various “departments.” Get me another beer!

It turns out one of the state-on-state action participants, Justin Trudeau, who’s supposed to be the champeen, actually cheated by applying even more grease to his body than is allowed. Yes there are rules even in this kind of crap. And someone smarter than me actually understands all this and boils it down. Look:

“It’s clear from this reporting that Mr. Trudeau mislead Canadians when he said it was ‘miscommunication from an official’ that lead to this flip-flop,” said Melissa Lantsman, Conservative transport critic.

Just when we thought it was simply an innocent “miscommunication,” Trudeau slips on the mud and gets tackled by a nice super-smart clear-thinking Conservative LGBTQ Jewish Woman MP and former communications advisor who speaks Russian, causing no end of confusion among the spectators, especially the liberals.

I suggest you stay tuned for the next round of Useless Trudeau Liberal Government Mayhem and Loss Of Control and Internecine Battle RRRRRROYALLLLE action! (Not carried on state-owned CBC.)

Read the G&M article for fun. It uses almost the same exact number of words as this article does, to not explain the unexplainable. Don’t expect to comprehend it. Think Pravda. You’re not supposed to understand it, just accept it. “Public Health Agency of Canada involved in ‘error’ on trucker COVID-19 vaccine rules, sources say”

Previous articleThere were tweets today
Next articleKeep on truckin’