Another opportunity for Justin Trudeau to do nothing, but to say neat things and pretend to be concerned — and to mention climate and racism and how crappy Canada is. 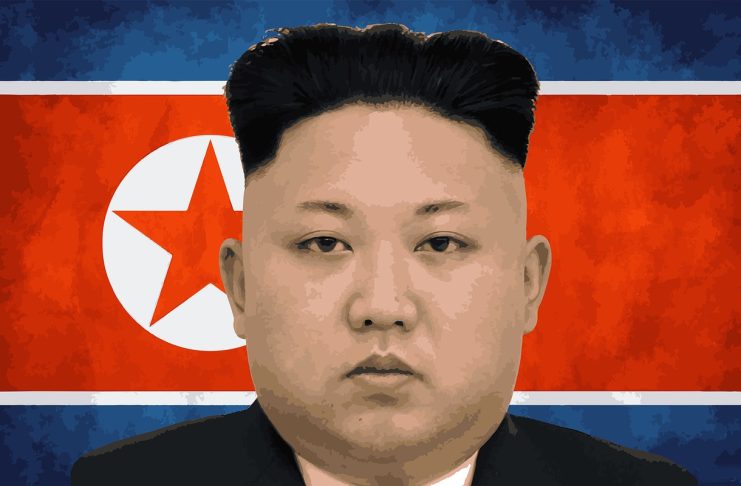 North Korea, the communist dictatorship run by a nutbar thug, Kim Jong-un, has long threatened to become a nuclear power. And nuclear weapons in the hands of tyrannical nutbars pose an existential threat to the planet (for once this use of the term existential is literally true). Everybody (well, everybody else) on Earth knows this. I suspect many North Korean people know this, but they’d of course be killed if they spoke out.

The country is a hell-hole unlike almost any other on the planet, with slave-like citizens starving and without basic living needs, with literally zero human rights, and under the rule of the communist tyrant; but still, acquiring nuclear bombs is the most important thing to its leadership.

GENEVA, January 26, 2022 — The United Nations has announced that North Korea will chair the world disarmament forum which negotiated the Nuclear Nonproliferation Treaty, sparking calls by an independent monitoring group for the U.S., the EU, and UN chief Antonio Guterres to strongly protest, and for their ambassadors to walk out of the conference during the four weeks of the North Korean presidency, starting on May 30, 2022.

The 65-nation Conference on Disarmament, based in Geneva, is considered the cornerstone of nuclear disarmament efforts. The UN-backed body calls itself “the single multilateral disarmament negotiating forum of the international community.”

“Having the North Korean regime of Kim Jong-un preside over global nuclear weapons disarmament will be like putting a serial rapist in charge of a women’s shelter,” said Hillel Neuer, executive director of UN Watch, a Geneva-based non-governmental organization that monitors the United Nations.

“This is a country that threatens to attack other UN member states with missiles, and that commits atrocities against its own people. Torture and starvation are routine in North Korean political prison camps where an estimated 100,000 people are held in what is one of the world’s most dire human-rights situations,” said Neuer. …

It’s like the UN is mocking us. Or trying to kill us all. Like they’re suicidal and are yearning to take us all down with them — as a sick violent nihilist might. As Kim Jong-un might. It’s like they’re really, really high on drugs.

This would be an excellent opportunity for one moral, sensible, sober, forward-thinking, enterprising country or another to lead an end to the way the psychotic UN currently operates — instead of letting the UN end us. End the joke. Sober them up. Maybe, you know, lead. Instead of virtue-signaling and posing. Again.

But I guarantee you it won’t be Canada doing any leading. Again.

Load more
Previous articleState-owned CBC reports nonsense, then changes the nonsense to different nonsense
Next articleLiberals give a quarter million of your cash to multi-billion-dollar US corporation to upgrade their boilers. “Helps climate.”