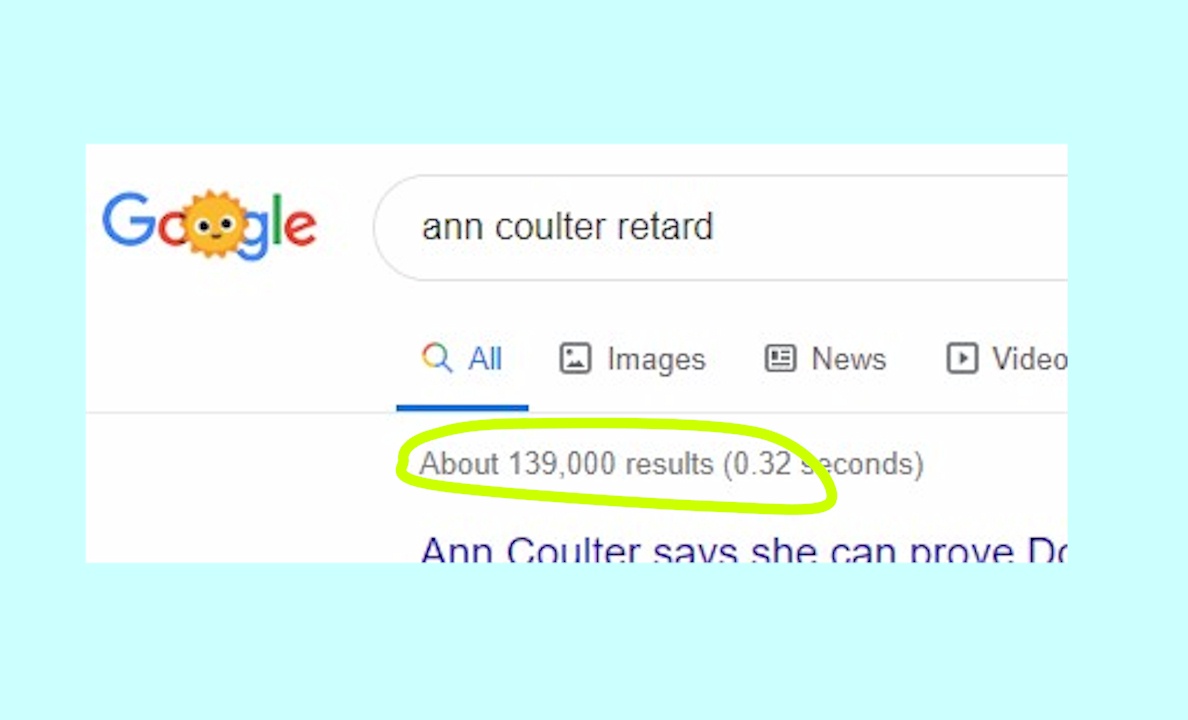 There’s a plus side to everything. The previously annoying practice of liberal-leftist virtue-signaling has become so incessant, so glib, so robotic, it’s actually hilarious now. It’s all so transparently ridiculous and predictable now, the virtue-signalers actually look like somethingtards. Oops by golly — that word usage will garner me a another sound email slamming from another mob of awfully righteous and indignant liberals and leftists who must — must — publicly scold me for my use of the “r-word,” which I obviously used to slam innocent mentally challenged people whom I obviously hate, especially if they’re gay or black or Muslin or women (or some such tripe — I don’t usually read through the whole email).

• Opinion | A Word Gone Wrong – The New York Times
• The R-word and the challenging history of words for dummies – The Boston Globe
• Why you shouldn’t use the R-word – Washington Post
• 3 Reasons Why Your Use of the Word “Retarded” Makes You Look Stupid – Meriah Nichols
• What Really Happens When You Use the R-Word – Huffington Post
• IT’S WAY PAST TIME TO STOP SAYING THINGS ARE “RETARDED” – Wired
• ‘Language matters’: Campaign aims to stop use of ‘retard’ and ‘retarded’ – Today Show
• Ending the R-word: Ban it or understand it? – CNN
• Op-Ed: Stop Using ‘Retard’ As An Insult – NPR

But when a Postmedia newspaper columnist whose whole thing is writing about cars and driving — not politics, and not language — casually and gratuitously drops the term “Trumptards” (yep, right there in a column about cars and driving, where you’d obviously find such a negative, insulting, political, anti-Trump reference, duh), it’s all aces, man.

…The idiocy of which I speak — one seemingly specific to our times — is the inability to separate wishful thinking from actual fact. Thus does a Trumptard confuse “charging the President with a crime was therefore not an option we could consider“ as complete exoneration…

Wow. That guy does zero to gratuitous idiotic Trump-bashing left-winger in 2 seconds flat. I didn’t go to Driving.ca to read that crap, but on the other hand, when driving, I usually listen to channel 114, Fox News Channel, on my Sirius XM radio, which has helped me understand the Mueller report even better than that cars and driving columnist at Driving.ca.

Booth abandons any pretext or pretense of nuance when he begins the paragraph with “The idiocy of which I speak…” before sparking up “Trumptard.” I’m no mechanic, but I think since “tard” means “mental retard,” it’s a reference to the mental retardation of anyone who supports President Trump.

But because it’s got “Trump” prefixed to it, well then ipso facto my friends, it’s hilarious, baby! Pulitzer-prize gas is spewing from the muffler! And as if we need proof that it’s suddenly acceptable to use that word, it’s not just the writer but also the paper’s editor who left it in there, after re-reading it and thinking about it some more. “Retard”: insulting and inconsiderate and not inclusive and therefore wrong, and might evoke a backlash. “Trumptard”: totally accurate description of a man and the half of America and any Canadians who support him; and who cares about the insult to them or to the mentally challenged and the backlash because it’s f-ing Trump, man! Print it! (“F-ing” was also used in his article, so.)

Meaning they’re totally ok with “retard” being used in a national publication — one which is about to receive that excellent new federal media sponsorship funding from the Liberals — as long as they’re smearing President Trump (or, presumably, any political foe on the right) when doing it. So we’re clear now. Good.

But of course we’re not at all clear. It’s far more “f-ing” complicated.

As Jonah Goldberg wrote this week in his column (The Media’s Double Standard on Culture-War Controversies), about how the media soft-pedals or gives a total pass to the Democrats’ racist past, “…if you want to know why millions of Republicans no longer care when the media shouts ‘Racist!’ or ‘Bigot!’ . . . just look at how they [the media] whisper “It’s complicated” when talking about Democrats.”

It’s really not the “r-word” that I object to, obviously; it’s the double standard. We have to play by the rules they themselves wrote – and wrote in order to keep the like of me in line and under their thumb. But they don’t have to. Neat huh?

When Ann Coulter, our most excellent and beloved former columnist here at PTBC, used the word “retard,” she was bashed (at least as best they could, poor inadequate souls) by virtually every media outlet and by every liberal or leftist in Canada and the United States, and several from the UK and Australia. Many of the articles listed above were inspired by her supposed malfeasance. Google “Ann Coulter retard” and you get 139,000 results. And lefties, don’t forget to keep your private thoughts private, here: well yeah, there’s so many entries because it’s about Ann Coulter being called a retard because she is retarded!

The Trump-hating media might want to take heed of the Trudeau Liberals’ idiotic plans on criminalizing “hate speech.” The far-left organization Media Matters, which exists exclusively to destroy conservatives and end all conservative media, you know, for the good of the nation and those who seek a totalitarian, one-party state like North Korea or China, wrote, “Analyzing the fact that the word is now being increasingly avoided, NPR reported that disability advocates have continually campaigned against the word, arguing that “it’s not a hilarious put-down; it’s hate speech.”

Well, “not a hilarious put-down” unless it’s about Trump and his supporters, amiright? And how this “hate speech” might square with Trudeau’s choice of media sponsorship funding recipients, is an interesting mental challenge for us all.

Being liberal must be very hard, mentally.