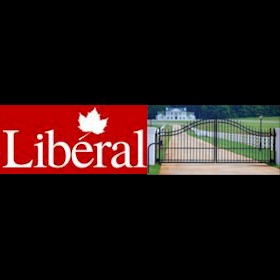 Nanny-Gate could and should be a name for the Liberals’ coming new Nanny State. But until that sticks, it applies directly to the Royal Couple themselves – the Trudeaus – and their hiring of their other kind of nanny – two of them  –  for their three kids. At taxpayers’ expense.

Despite all the specious nonsense Justin Trudeau nattered on about in his election campaign about rich people “like me” not needing those silly child care tax credits that the Conservatives introduced, he has hired these two at taxpayer expense. Even though the trust-fund couple just got a job paying $335,000 per year plus free room and board and armed security. How deliciously liberal.

It’s an act so glaringly deceptive and hypocritical and malodorous that even the Liberals’ usually Gaslighting mainstream media division has to cover it. So you know it’s bad. “Gate” bad.

But remember that “Nanny-Gate” is a name only the 14 conservative people in Canada are using, and only in the media available to them: blogs and Twitter. You won’t hear it anywhere else. The Liberals’ sycophants on CTV and state-owned CBC, and in the Globe and Mail and National Post, etc. (who collectively got him elected), all gleefully applied “-Gate” to just about everything the Conservative government or Stephen Harper did, but they stopped doing that at approximately 8:01 PM on the date of the Liberals’ election. Until the last election, it was all they could do to prevent themselves from calling it “The Economy is Growing and Canada is Stronger Than Ever-Gate“. Now it’s just sunny ways days. No Gates.

In their sheepish, latent, apparently grudging reporting on this, um, scandal (oh sorry that word is so February 6, 2006 – November 4, 2015  –  the word for this sort of thing is now going to be distraction) they steadfastly avoid the term Nanny-Gate. The National Post (for example) knowingly buries yet another lede: the fact that the Trudeau Liberals have already failed in another campaign promise, which was to be “the most transparent, open, media-friendly… ever.” The National Post’s own reporting stumbles right over the blatant non-transparency – the stonewalling – and then just moves right along as if they didn’t even notice their own reporting, or as if they’re suffering from early-onset Stockholm Syndrome:

Don’t worry, the Trudeaus and all Liberals will still be lauded for their new openness and transparency, even though this is an early and totally “evidence-based” indication of precisely the opposite. Glad they have two science ministers now, so they can spot the perfidy within. I bet they’ll find that the science isn’t settled in this one particular case.

“Sunny ways” have clouded over already. Forecast: a good Gaslighting by the media.

COMING SOON: a load of BS re Fox News, amidst Shep Smith resignation