This isn’t the first time Ted Wheeler (D), the mayor of Antifaland (Portland, Oregon) has been physically attacked by the, what? The even more “progressive”?

Who will they vote for now? Not likely Wheeler, after the mayor — no, not the “fascist National Guard” nor even his police whom he has been instructed by the progressive left to defund — deployed what five minutes ago the left were calling “police military-style chemical weapons and poisons and etc multiple exclamation marks sad face BLM emoji…”. It was pepper spray of course, and the news media now call it… “pepper spray.”

Wheeler reported the incident to… the Portland Police.

The Oregon Live reporter quotes the mayor — and if he kept a straight face while typing it he did so heroically — “I clearly informed him that he needed to back off. He did not do so I informed him that I was carrying pepper spray and that I would use it if he did not back off. He remained at close distance, I pulled out my pepper spray and I sprayed him in the eyes.”

The Democratic mayor of Portland isn’t leftist enough for the leftist protesters in Portland, who have maintained these “mostly peaceful protests” ever since the riots and mayhem started in the rest of the country. They stopped in most of the rest of the country when it started hurting the electability of very supportive and some might even say “inciteful” Democratic candidates, prior to the November election.

Recently, the mayor has also welcomed the help of the formerly mostly “fascist” National Guard which was previously only used by “dictators,” to help safeguard government buildings from the violence and rioting of not-at-all fascist and ever-so mostly peaceful left-wing non-extremists. Now that the National Guard is helping him, they’re doing God’s work, saving democracy, y’all.

And people please remember: these are not radical extremist home-grown domestic terroristic Nazi white supremacist fascist racists, as they always all are on the right, they’re “left-wing activists.” Watch!

“Earlier this month, a group of left-wing activists raucously accosted Wheeler while he was dining in Northwest Portland. A member of the group started swatting at Wheeler and made physical contact with him, his office said at the time.”

Previously, the mostly peaceful set (200 of them) tried to burn him and hundreds of residents of his 16-floor condo building to death, notwithstanding the fact they are, after all, simple “demonstrators.” Watch!

“Demonstrators demanding Wheeler’s resignation during the height of Portland’s 2020 racial justice protests smashed windows and set fires inside his condo building, prompting the mayor to move.”

VROOM. Publication Willamette Week wrote that after using the pepper spray, Wheeler then drove away in what is apparently a gasoline-powered car for some reason (they indicate he started up his car engine); rather than by bus, on foot, or on his bicycle. Because the “climate emergency” is also for suckers. 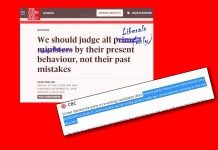