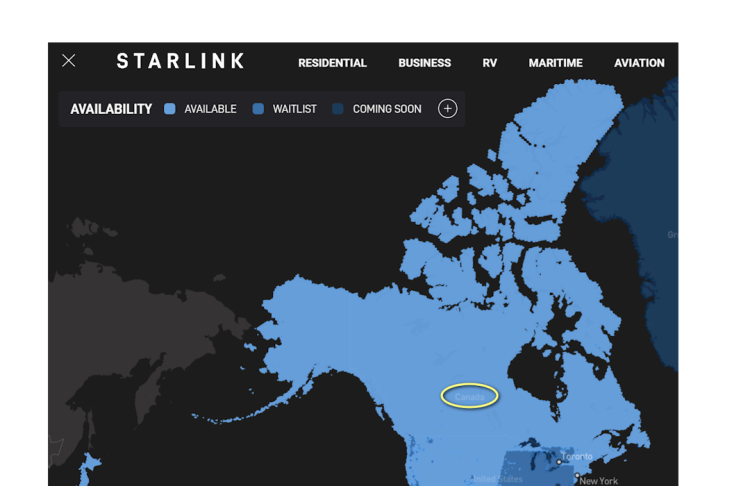 For years, “Connecting rural Canada” has been a huge Liberal campaign deal. Until today. 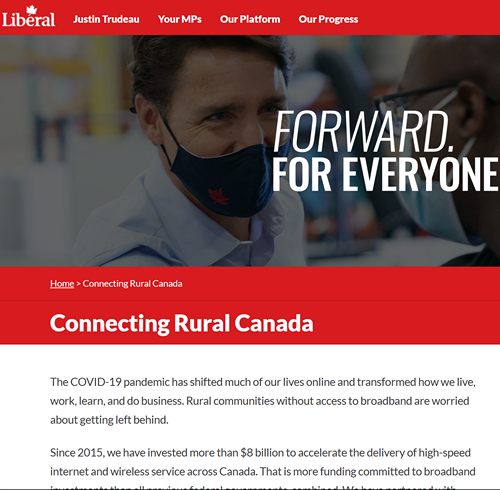 Since even before they were first elected they’ve been promising this. Even just last month, the Trudeaupians were busy churning out these headlines in which taxpayers were going to spend another half-billion for rural access. Here’s one from liberalvision CTV for example:

Then today, SpaceX tweeted out what you’d think would be something celebrated especially by the liberals and the Left generally and thus its “news” media divisions. It seems the multi-satellite internet company Starlink is helping a Saskatchewan first nation set up internet services on its reserve so every house can be connected. 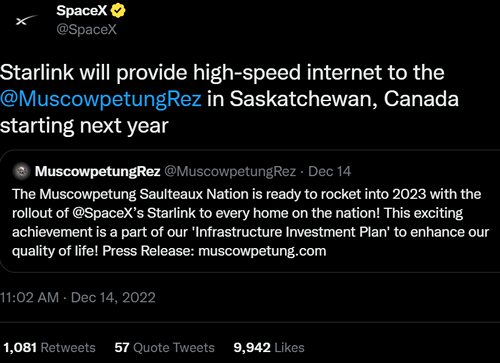 Unlike so many tweets that adhere to their ideologies or advance their political activism, I noticed no Canadian “news” media retweeted that. Or wrote stories about it.

How many times have we heard politicians in the Trudeau government boasting about getting internet connectivity to rural locations including first nations? Here’s a blurb on today’s Liberal Party website:

A re-elected Liberal government will: 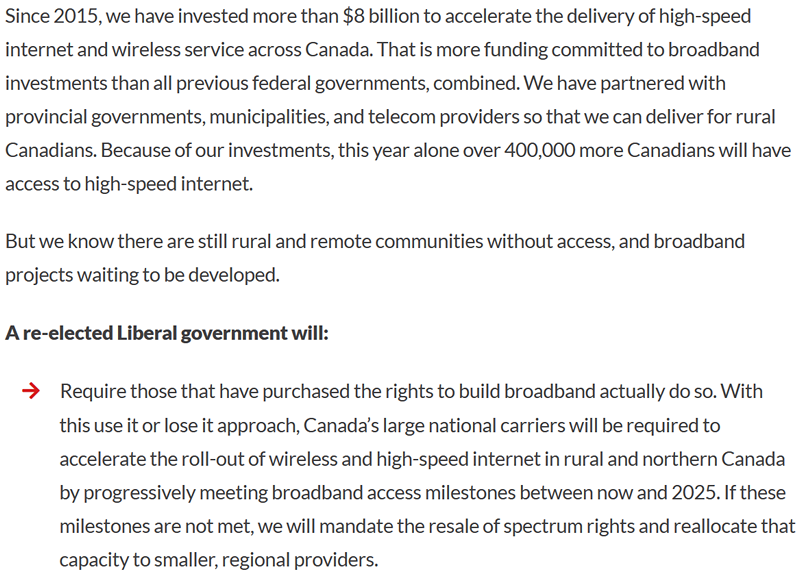 But it’s like they weren’t even paying attention to what was going on in the world. Or they were ignoring it on purpose. They didn’t even recognize SpaceX and its Starlink services, which in Canada’s case is the first best answer to the problem of lack of rural connectivity. I’ve personally never heard them speak of Starlink. “DON’T LOOK UP!” they seem to be saying to each other when it comes to solving this problem. I do notice the liberalvision CTV News noticed some Starlink satellites last summer when they accidentally did look up… 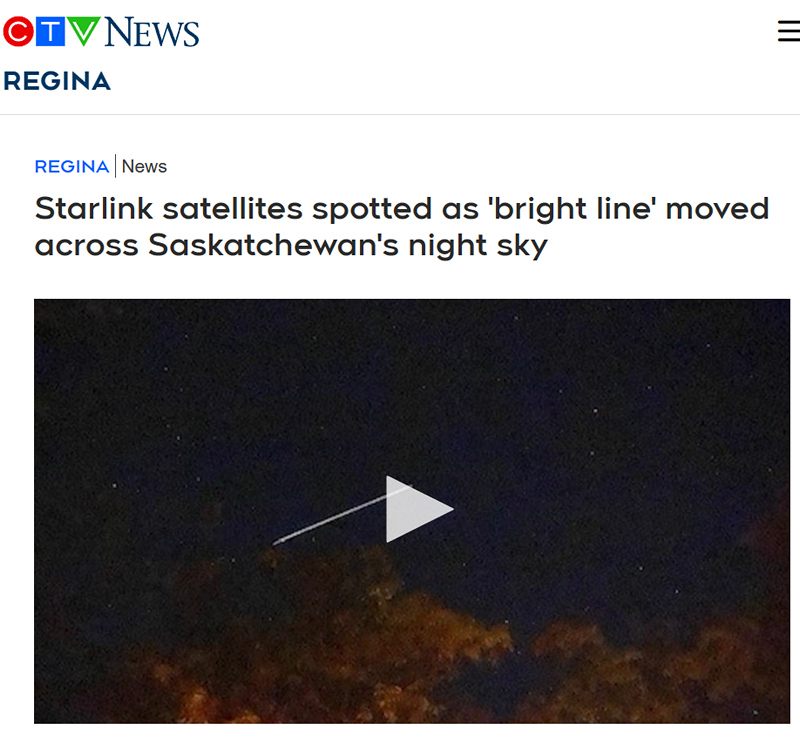 You’d think they’d be curious if this might fill that apparently mysteriously elusive gap in connectivity.

It seems to me, looking at the Starlink map, with one phone call to Starlink, all of Canada’s rural areas including first nations could be connected without laying a foot (or 304.8 “millimetres” for your Euroliberals) of cable through the tundra. And it probably wouldn’t cost yet another eight BILLION dollars. Nor would it produce any of those ever-so evil “CO2 emissions” in order to set it up.

Notice all of Canada is in the “available” color. 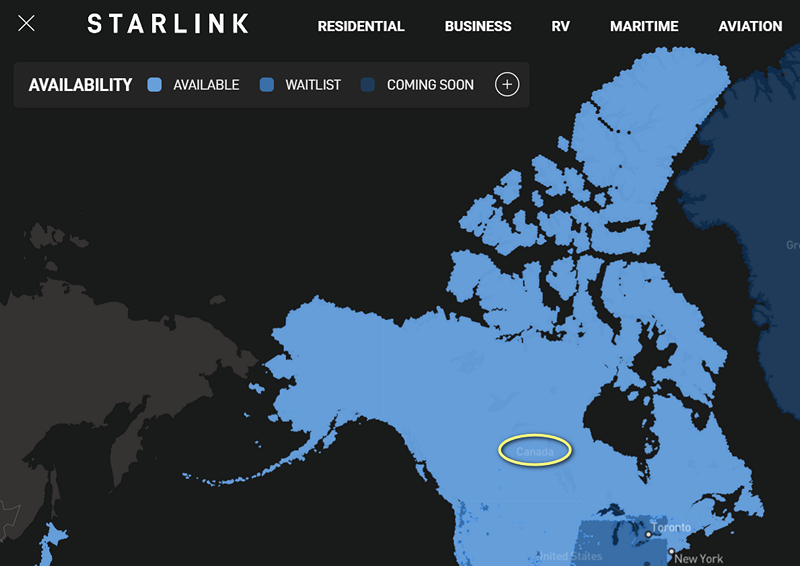 Anyway, even if Trudeau and his “news” media divisions don’t look up, or seem to care one whit, I noticed the Muscowpetung first nation apparently did look up, liked what they saw, and made the call. And they’re pretty excited about it… 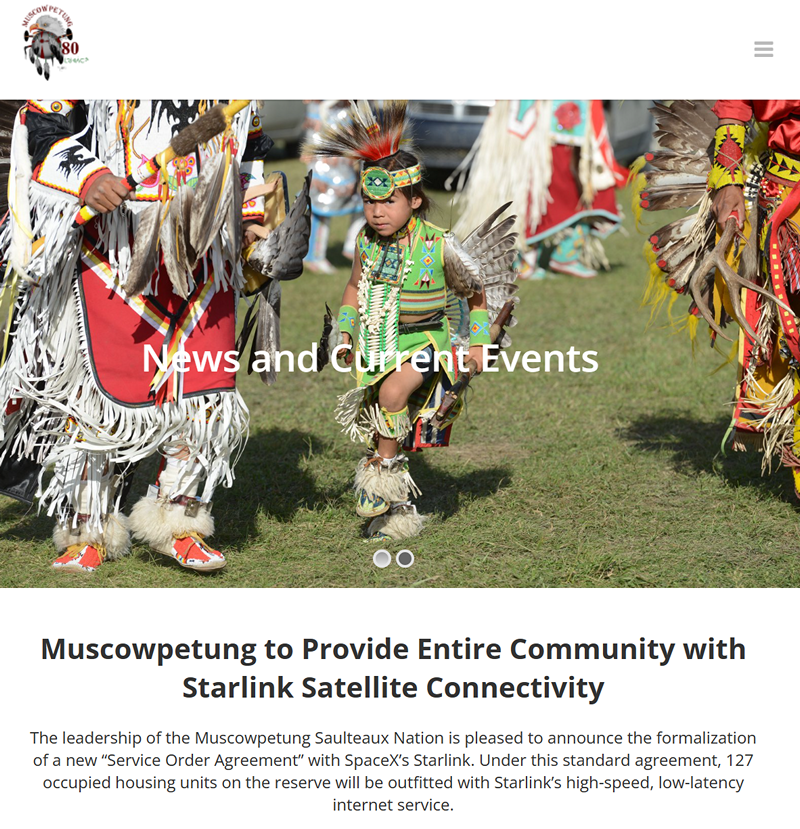 … and they invited all of the media to their big event on Monday, Dec 19th. Do you think anybody in the “news” media attends? Do you think later that day, Trudeau will have a flashy news event thanking all those involved in this technological and cultural accomplishment, including Starlink …and its leader, Elon Musk? Apparently, Trudeau won’t TWEET about it or use Twitter anymore, a decision having nothing to do with his innate child-like pettiness, woeful lack of objectivity, or performance-art catering to his woke base. So I’m not holding my breath, even if this is about actual progress in Canada, and advancement in living standards of first nations, and their enjoyment of life and their technological advancement. They might even tweet something about it. Gawd.

Things are looking up. And it’s not thanks to Justin Trudeau.