John Kerry’s daughter arrested for DUI. Which is why you aren’t hearing about it.

Seems like just yesterday I was talking about the liberal Democrat, former Democratic Party presidential candidate John Kerry!  Oh yeah —that’s when I got an email from him and his website addressed to “Joel JohanaJew”!

But anyway, as always, lllllllllet’s get ready to play…………. 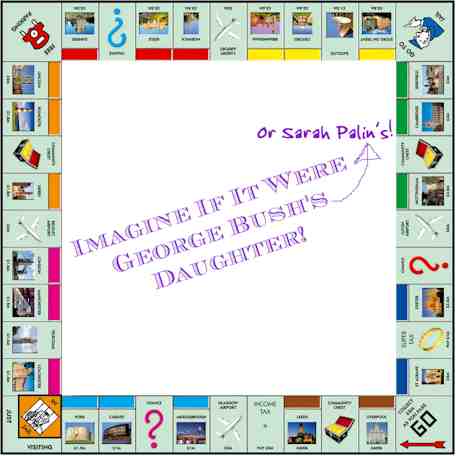 Here’s an article tucked into that huge, famous news media outlet called TheMoneyTimes.com, but I’m sure the other media will be all over it soon!

Alexandra Forbes Kerry, an aspiring film producer and director, got pulled over and hauled off in Hollywood early Thursday on suspicion of DUI. She was stopped by cops, booked briefly on a misdemeanor charge of DUI, and was later released on bail, Los Angeles police said.

Alexandra, the older of the senator’s two daughters, was pulled over for a traffic violation at about 12:40 a.m., Sgt. Enrique Mendoza of the Los Angeles Police Department Hollywood Station told NY Daily News.

“She was arrested for driving under the influence,” said Officer Sara Faden.

Alexandra (born Sept. 5, 1973) is an independent filmmaker. She has produced documentaries and has had several small acting roles. She raised eyebrows in 2004 during her father’s unsuccessful White House campaign with an appearance in a see-through gown at the Cannes film festival.