Home Quick Takes From “He should be leader!” to “Imposter!” — in a few scandal-ridden... 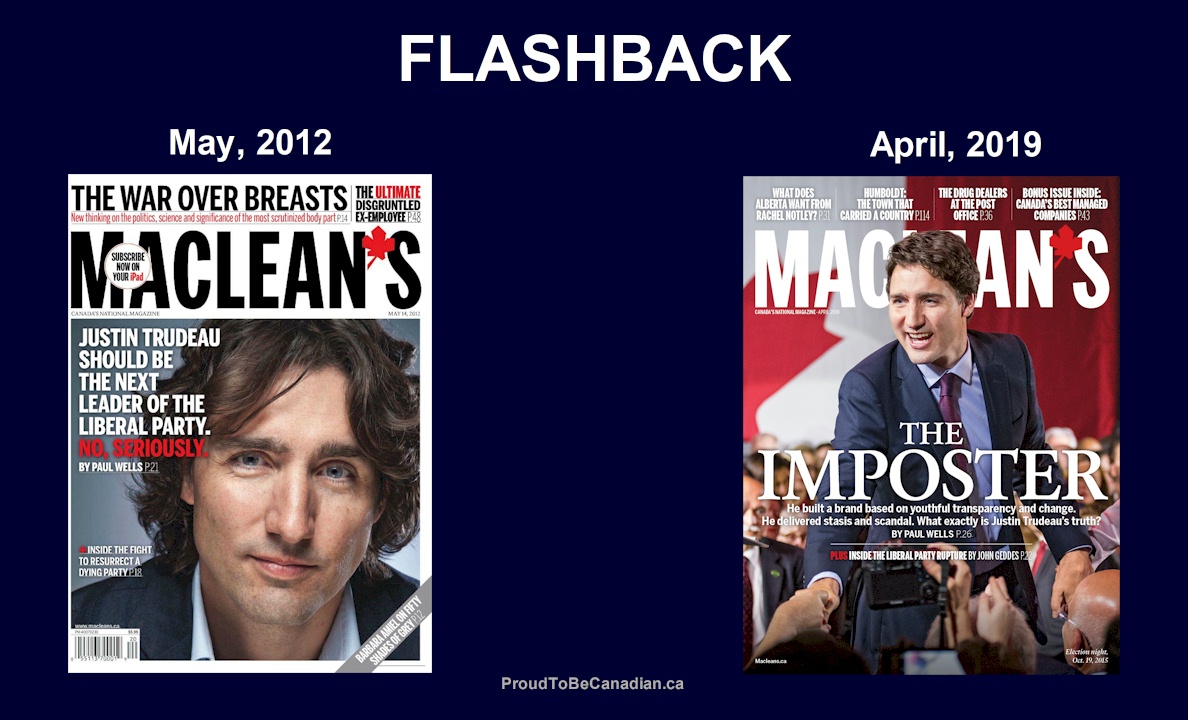 The two magazine covers shown are stories by the same journalist. Justin Trudeau fooled that journalist (Paul Wells), obviously. And he fooled a lot of people, including a lot of other journalists. But people should do as that journalist did, and a lot more: admit you’ve been had by a phoney, a schemer, a poser; learn from it, and then move on. For goodness sake, don’t repeat the mistake.

…A government that indulges in that much sustained double-talk clearly thinks it has something to hide. It’s being disingenuous. It’s being phony. And since the lot of them never stop calling themselves #TeamTrudeau on Twitter, I guess we can, without fear of contradiction, say the Prime Minister of Canada has been the phony-in-chief….