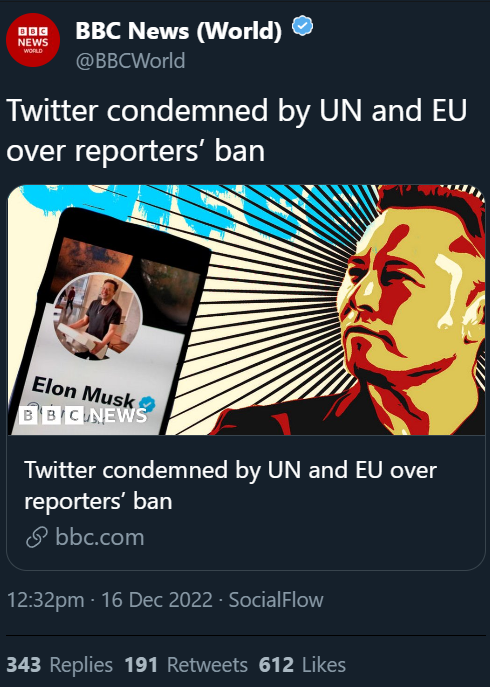 Here are two things that do not go together in a sane world. First of all, the “journalists” who were temporarily suspended from Twitter yesterday (most were really nothing more than political activists as opposed to honest reporters, as most of them are today, but that doesn’t matter in this instance. It’s just that I’m forced to call them “journalists” here and I don’t like it!), were clearly violating Twitter’s Terms Of Service, wherein you’re not allowed to “dox” people by tweeting out their real-time live location or linking to tweets or sites which do. And they were doing that, as I’ve sorted out.

Second, in a sane world, serious “news” media folks would not merely parrot the bleating of left-wing Big Government hacks and activist journalists, they would instead demand answers from the European powermongers and other “journalists” who are saying such things and misinforming as they are with regard to the actions of Musk/Twitter yesterday.

But also (OK so there were three things that do not go together), get a load of this (not the very, very weird choice of the Chinese-y Chairman Mao-like graphic of Musk here, but yeah that too): 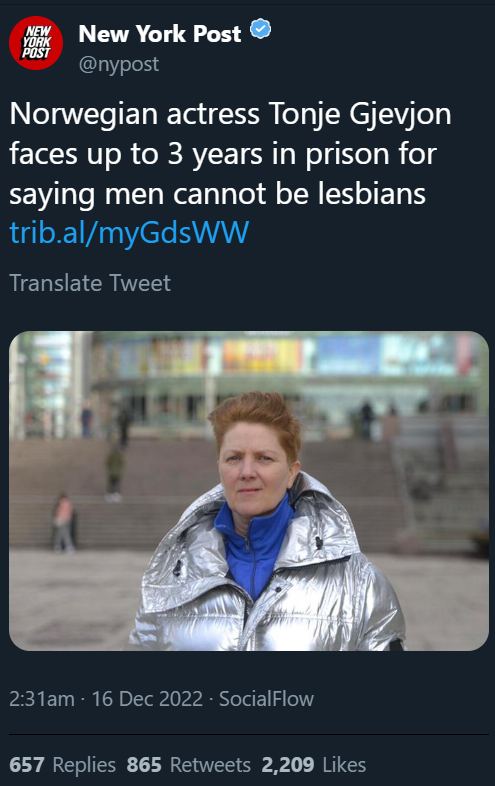 And regarding the Musk suspensions that the hacks at the EU and UN are ever-so fake concerned about: I’ll make a separate post because I feel like I might go on forever about it.