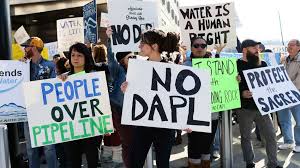 [dropcap]W[/dropcap]ant to get up-to-speed on pipeline protests in light of the recent Canadian pipeline approvals, what with the left’s promises (threats?) of protests and “resistance?”

As a good backgrounder, get a good fact-based synopsis of that Dakota Access Pipeline protest down south, now that’s it’s being Trumped. Katie Kieffer writes it up today with aplomb.

But it comes with a warning: this ain’t over. “Like the anti-Trump Women’s March, the DAPL protest was hardly organic,” Kieffer writes. Organic? Ironically, nothing the left and far left does these days is “organic.” This protest is (was) fake. Lies. Another big, phony, Oscar-worthy show.

I’d call them all AstroTurf, but AstroTurf is a nice, usefull, green product. These people are evidently awful, dirty, unproductive time-waters and they cost everyone plenty. And they are product not of innovation, but of the today’s left and the Democratic Party and here in Canada, the much further left New Democratic Party, Greens, Marxists, and so on. And they’re on the hunt.

Be wary of those who only destroy. Smoldering embers of emotional environmental extremists can re-emerge as a wildfire.

The Trump administration last week extinguished Dakota Access Pipeline (DAPL) protesters when they proved only willing to torch and trash the earth; culture; children and animals they claimed to be defending.

Pounding drums and donning feathered headdresses, they claimed to be “indigenous.” Shouting “Water is Life!” they professed to be guarding natural resources for “the children.” Holding “Protect the Sacred” banners, they declared themselves defenders of Native American cultural sites. It was all a show.

Four hundred and eighty-plus mounded dumpsters full of trash, including tents; food stores; personal items; and building materials are now being hauled off the federal land where protesters camped for five months. The earth the protesters claimed to cherish was so ravaged that the U.S. Army Corps of Engineers enlisted a professional cleaning crew from Florida.

Eight pet dogs (minimum) were abandoned by protesters. A local pet rescue crew continues to visit the camp in search of animals. Funds are being raised by Furry Friends Rockin Rescue for vet bills to help the dogs regain health.

Two children were burned so severely that they were rushed to a Bismarck hospital when their negligent guardians set fires in protest of the federal order to leave. And one hazardous and toxic waste crew has been tasked with examining the area that has been tarnished by protesters. …

I had to do a double-take of that line about the number of dumpsters. The source is the Associated Press and people on the ground:

BISMARCK, N.D. (AP) — … Corps officials say about 240 dumpsters have been hauled out of the main camp, each brimming with debris of old food stores, structures, tents, building materials and abandoned personal belongings. Officials estimate another 240 loads or so will get the job done, the Bismarck Tribune reported…

That’s 480 diesel trucks coming from all over the place, going back and forth into that barren land, to clean up after these “environmental” protesters.

So enough of this crap.

And this crap that I got just today: I’ve tried to explain that it isn’t “grassroots” if you’re organizing them, with the help of millions of dollars, and you’re using thousands of paid protest-organizing staff. That is precisely the definition of AstroTurf! It is exactly not “grassroots!” But these people fail to understand — or they just fail to want to be real and honest: 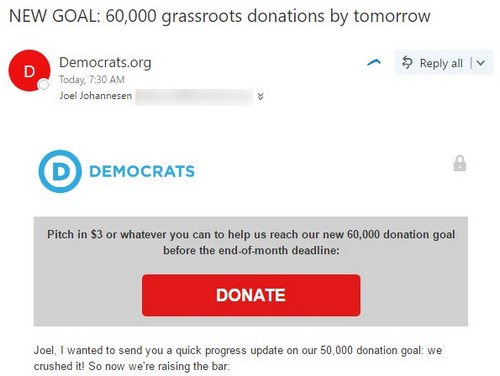 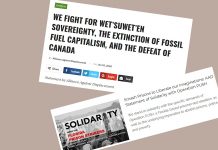