What drew me to the story, though, was the lack of party affiliation, on a story about politics. I suspected he was a lefty because there was no mention of his party in the tweet. That’s how the liberal-left’s “news” media division rolls.

From @AllisonM_Hurst: A Vancouver city councillor is being investigated by an independent body following a complaint from a member of the public.https://t.co/j4gCllTgzF

Liberalvision CTV doesn’t mention (neither in the tweet, nor in their “news” story) that Michael Wiebe is a lefty Green Party Councillor, for some reason, even though this is all about politics, and another one of our governments, and about ethics, and conflicts, even though the people should know this stuff. And even though that’s the news media’s actual job.

And it’s worse reporting than that: CTV is not exactly right on top of the news. They’re “reporting” the news that a Vancouver City Councillor “is being investigated” by an independent body, for an allegation of a conflict of interest. Virtually every other local news media source is reporting that the investigation is already over, and that the (Green Party, as mentioned by the other outlets) Councillor has been found guilty. So guilty, in fact, that it is recommended by the investigator that the Green Party Councillor resign from office and be forbidden from holding any public office until the next election.

The word “Green” does not occur in their story, even though he is a Green Party politician, and to them, the investigation is still on, even though it’s actually not. Now here’s the state-owned CBC reporting yesterday (updated today, 6 hours ago), in which they explain in the fourth paragraph on “Wiebe, a Green Party member”:

The Georgia Straight broke the story, but they were reporting it yesterday early morning:

Even Wikipedia has their page about him updated.

So what’s with CTV “News”? Are they really this out of the loop? This lackadaisical? And why don’t they report the full facts about him, like his left-wing political affiliation —i.e. the name of the party he runs under? Is it because he’s a lefty? Is this story just a big bore to them for that reason?

Is it because he’s not a righty? I suspect so. I imagine there’d be a huge branding festival going on if he were someone they could call “right-wing” (and party affiliation would be emblazoned right there in the headlines and tweets).

But really, the more important concern is that this is clearly about another politician — a Green Party politician — being caught-up in yet another matter of, what do we call this, government corruption? Government ethics violation? Elitist government entitlement? Putting himself and his profit-motive before that of his lowly constituents? Another government scandal?

Whatever you call it, it’s an epidemic. A pandemic actually.

“You can eat every day and eat well without spending money. And then you can use your money to buy drugs.” 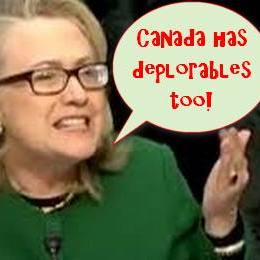 Hillary of the North?