Feeling like you’re in the political minority?  Well if you’re a liberal, or an even further left socialist or God forbid (or is it that they forbid God?) a communist, you are (…raising this salient question once again: So why do you all talk like everybody in the room agrees with you?  And moreover: Why do we let you?).

Once again, a huge poll shows that most Americans are “conservative” — doubling the number of “liberals”.  And this explains why when the Republican Party runs an actual conservative like Ronald Reagan, they win elections with good margins.  And why Sarah Palin and Rush Limbaugh and Glenn Beck and Ann Coulter are the ones who are constantly exciting the conservative movement.  And it’s why the Bob Doles and the John McCains lose elections.

I suspect the same phenomenon exists in Canada.  At least that’s the story I’m going with.

PRINCETON, NJ—Conservatives continue to outnumber moderates and liberals in the American populace in 2009, confirming a finding that Gallup first noted in June. Forty percent of Americans describe their political views as conservative, 36% as moderate, and 20% as liberal. This marks a shift from 2005 through 2008, when moderates were tied with conservatives as the most prevalent group.

“Changes among political independents appear to be the main reason the percentage of conservatives has increased nationally over the past year: the 35% of independents describing their views as conservative in 2009 is up from 29% in 2008.”

The 2009 data are based on 16 separate Gallup surveys conducted from January through September, encompassing more than 5,000 national adults per quarter. Conservatives have been the dominant ideological group each quarter, with between 39% and 41% of Americans identifying themselves as either “very conservative” or “conservative.” Between 35% and 37% of Americans call themselves “moderate,” while the percentage calling themselves “very liberal” or “liberal” has consistently registered between 20% and 21%—making liberals the smallest of the three groups. 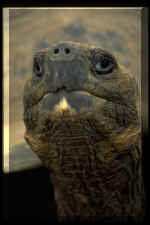 RELATED:
It seems if an election were held today, the dismal liberal and overly self-esteemed Michael Ignatieff would lose badly — in fact so badly that he’d actually do worse than The Green Guru, Liberal Frenchman Celine Stephane Dion did last time around.  And that was pretty much the worst the liberals have done since confederation.

OTTAWA – A new poll shows support for the federal Liberal party has weakened so much that, were an election to be held today, Michael Ignatieff would lead his party to a worse showing than his predecessor, Stephane Dion, did last October.

“The Liberals, these days, just have no traction at all,” said Darrell Bricker, CEO of polling firm Ipsos Reid, which provided its latest results exclusively to Canwest News Service and Global National.

Mr. Dion received 26.3% of the popular vote last fall as his party lost to Stephen Harper’s Conservatives. The Liberals had not done that poorly at a general election since the country’s very first general election in 1867.

The Ipsos Reid poll suggests that, last week, the Liberals would have done even worse, with just 25% of support among all Canadians.

…and yet the Conservative Party fails to ignite Canadians.

So our lesson for today, Canadians (and manifestly Conservative Party members or those who aren’t members but would like an actual conservative party) is simple:  Get conservative.  Win majorities.

Or for those with Attention Deficit Disorder:  Get a clue.

From: f c
Sent: Monday, October 26, 2009 10:21 AM
To: proudtobecanadian.ca
Subject: RE: “Conservative” Americans double the number of “liberal” Americans

Hey Joel.  Glad to see that you’re back.  I absolutely love the Samra updates.  Keep ‘em coming— but really—blaming the dog???

If you do not agree with certain policies spouted by liberals (for example, same-sex marriage), then you are deemed an “evil” conservative.  The liberals have been so successful in this tactic that they actually got people to believe that they are conservative, simply because they are not in favour of social policies like same sex marriage.  Because of this, people see counter-SSM as a “conservative” policy, when in reality it’s actually a very moderate position.

The problem for liberals is that their tactic of convincing people that to be against ssm makes you an “evil” conservative may have back-fired, because although the majority now see themselves as conservative, they don’t see themselves as “evil”, which logically follows that for these people, in their view, it is the liberals that are “evil”, and the effect this has is that it is indeed the liberals that have been marginalized—by their own tactics!

Case in point:  Saw a recent Newsbusters update where Jane Hall absolutely denied on CNN that she is a liberal.  She claims to be a moderate.  Those of us who saw her debate Bernie Goldberg on O’Reilly would tend to disagree.  So even liberals cannot bring themselves to admit that they are liberal.  Show me one conservative that is ashamed to admit that he/she is conservative!  I’ll be waiting a long time for that answer.

You’re right.  Samra is already smarter than the average liberal.

So am I making any sense here, or, as it is now lunchtime here in the east, am I completely “out to lunch?”

Good points.  I would add that the word “liberal” has fallen out of favor by, as you suggested, the abortion party’s own divisive and ridiculous tactics; and their political, economic, and social engineering; their tiresome political correctness; and their anti-family, big-nanny-state-government-knows-best principles or of course the abject lack thereof, among other good reasons.

So those who really believe in those things now tend to call themselves “progressives”, which risibly folds them into the same holus-bolus of left-wing whip cream as the socialist and communists and artists and women with hairy armpits.  I actually think if they were given the option of simply “socialist”, they would opt for that (as other studies have proven), thereby further enhancing the “conservative” ranks who don’t honestly wish to associate with that bunch or want their children to grow up with those odds (and oddballs) stacked against them.  When push comes to shove, people will sidle up to the right side.  As Margaret Thatcher said, “The facts of life are conservative.”

Margaret Thatcher has a terrific line: “The facts of life are conservative.” Just so. Alas, while the facts are conservative, everything else — the culture, the media, the institutions in which we educate our children, the language of public discourse, the societal air we breathe — is profoundly liberal.