Commies lecture us about “fascists.” Which is fun. 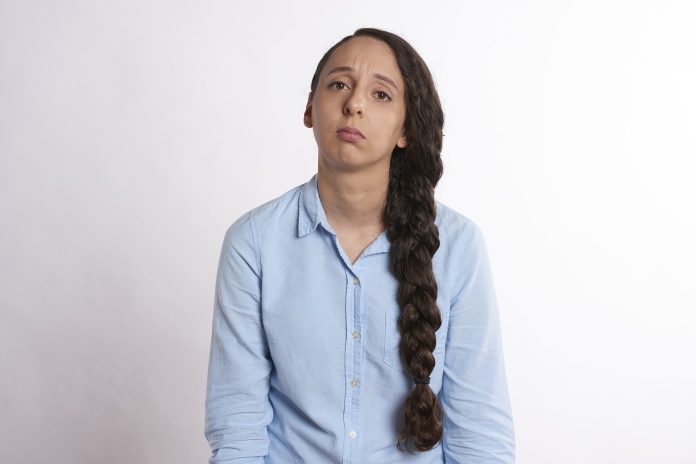 While writing my epic piece today on “progressives” and how they — progressives — are now shunning that term because too many of them have said the quiet parts out loud, I came across an old favorite of mine, the good old Canadian Communist Party website. Because (as I said today and also back in 2006), no discussion of progressives can exclude a look at the communists.

It seems that like the Conservatives and most of the globe, the Commies also disliked the Trudeau/Liberal “Emergency Act” being imposed on an otherwise free country.  Screengrab: 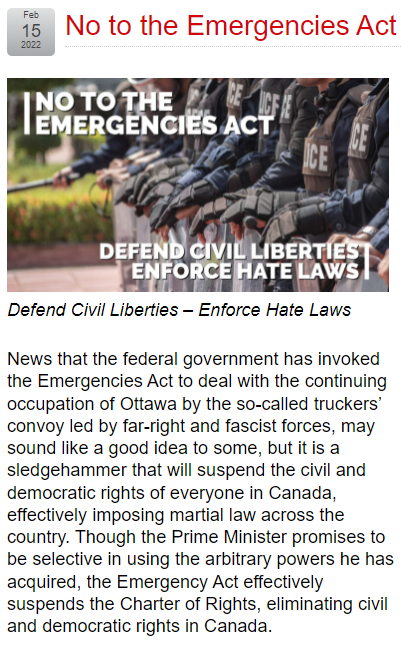 Wow —the bigotry in their assumption that the freedom convoy was led by, and thus attended by, members of the “far-right” and “fascist forces” — it is really quite astonishing. Hahaha no it isn’t. It is utter nonsense though. It’s like they learned about it watching the state-owned CBC or something (what else would they watch?!).

While they admonish the truckers and supporters of that protest, they go on to then describe the Trudeau actions as “a sledgehammer that will suspend the civil and democratic rights of everyone in Canada, effectively imposing martial law across the country.” And they continue because they are really pissed: “the Emergency Act effectively suspends the Charter of Rights, eliminating civil and democratic rights in Canada.” Not done yet: “The name change was the result of massive opposition to this use of war-time legislation against civilian populations. The legislation should have been abolished.”

By their telling of it, the Trudeau actions sound more like… well something that rhymes with ashist, than what the truckers and their supporters were actually, factually doing, what with their bouncy castles, sing-alongs, and wiener roasts. Again, I might blame their CBC-watching.

But whatever. They’re commies. Who are they to lecture us about fascists?

Previous articleThey shunned “liberal” when that turned sour, and became “progressives.” Now that’s out too?
Next articleIt’s not just politicians who “contaminate the minds of the public” and “poison our democracy.”