COALITION: NDP to agree to not do their job for democracy, and Canadians and the “news” media are fine with this? 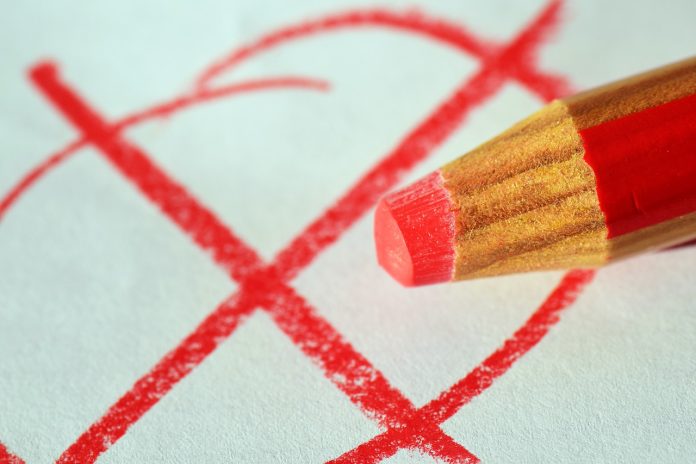 I can’t fathom the perfidy of the “news” media and left-wing pundits accepting that this isn’t an affront — in actuality more than a mere affront — to democracy.

They spent five years breathlessly claiming that Donald Trump was, for no given reason other than him being a total idiot and Twitter loudmouth and a giant jackwad (a point well taken), by himself, ending democracy. It was supposed to be taken as a given that that was the case. When Trump bad-mouthed the “news” media — as well he should have and thank God somebody finally had the balls to — the increasingly left-wing Washington Post immediately changed its motto to “Democracy Dies in Darkness,” as if they didn’t care how obvious it was that they were gaslighting you, and didn’t care if you knew how stupid they thought you were. The name “Hitler” and the term “Nazi” barely escaped their dour (and often fake, see “RUSSIA!!!”) literature, and it actually entered it at times.

In case you’re stupid, let’s be clear: 99% of that nonsense was pure fake news. Utter bullshit. It was advocacy journalism on crack, and I suspect several journalists were actually on crack. It was partisan politics and political advocacy cum “journalism” or “news” …until the very end, when at that one specific point (his pathetic, pathological election loss denial syndrome, and the associated Jan 6 riot), they may have finally found a point where they weren’t just outright lying to you (upon which they then lay claim to have been right all along, just as all common douchebags do. Which proves they are but liars and scoundrels. They were still wrong all along, but at this point, they have no compunction about being left-wing advocates — and douchebags — now that they’ve been outed. Or rather now that they’ve outed themselves as such).

But this alleged NDP/Liberal coalition-in-the-making, wherein the NDP tacitly agrees to allow the minority (MINORITY! — the Conservatives won more votes!) Liberals to dictate policy — left-wing policy — as if elected as some sort of a Zuckerbergian Metamajority; and agreeing in effect to not do their job — the job they were elected (if only marginally by a handful of dumb-dumbs) to do — and to not hold the corrupt Liberals and its horrible, multiple ethics-violating leaders, to account, all in order to fend off an election and force left-wing policy onto a Canadian public that did not vote for it… this is totally fine? This doesn’t affect — nay “ruin” — democracy?

Give me a large personal break.

It actually does wreck the place. To say nothing of our trust in politics, politicians, institutions, and Canada itself.

Even the Liberals’ Globe and Mail division’s Andrew Coyne weighs in negatively, and that’s saying something (often, admittedly, I don’t know what):

…But while no party wants an election any time soon, the NDP have a lot more reason to fear one than the Liberals. Simply put, they can’t afford it. Through the first three quarters of this year, the NDP raised only half as much money as the Liberals, a third as much as the Conservatives. They’ve only just finished paying off their debt from the 2019 election. They can’t possibly face another one.

So the NDP will promise not to bring the government down over things they weren’t about to bring it down over anyway. Only now they can say it’s on account of The Agreement, and not because they’re too deathly afraid to.

What, in particular, will they not bring the government down over? Not over policy differences – remember, they don’t really have any. That leaves questions of ethics and competence. A supply and confidence agreement would amount to a pledge not to make trouble on these files.

We can have some confidence this is what’s involved because of the party’s haste to deny it. “No matter what, we will still hold them to account,” Charlie Angus, the party’s ethics critic, assured The Globe. “If there is an SNC-Lavalin scandal, that ain’t getting pushed under the rug.”

So if it’s not political expediency (the NDP is perfectly fine with the notion of forgoing their job in our democracy to gain ideological points), then it is their hideous financial difficulties that make it so. I cannot let it pass that their financial difficulties are the result of democracy itself, wherein the free market, and its free people, in a democracy, have decided the NDP are not worth even a damn $5 donation. Canadian dollars. Tax-deductible yet. And that’s with them pandering the crap out of you, and the “news” media providing its undying love and support.

Oh I know it’s all “legal.” It’s a question of propriety. I say if the NDP and Liberals want to coalesce for their own selfish Canada-be-damned reasons, let them do it, but officially, and in such a way that we call actually, you know, vote for it or them, or not. Like normal democracies.

I’ve long called for Canada’s many left-wing parties to join together so we could see them for what they really are. But I mean all of them who call themselves “progressives.” That’s the Liberals, the NDP, the Greens, the Socialist Party of Canada, the Communist Party of Canada (Marxist Leninist division too!), and all the rest of the left-wing bros (and whatever the female version of bros is, assuming they wouldn’t be offended at the very notion of me claiming that there are just two sexes, and there is a difference between males and females, to say nothing of those who “identify” as one sex or another sex or any of the many sexes) out there. I’ve documented this over the years — for example, just like the NDP and Liberals, the Communists and the socialists call themselves the “real voice of the progressives,” too, and there’s other delicious left-wing nuttery like that in the offing if only they would join forces.

I agree that in this scenario, there may be may quite a few factional fights within the left, but we normals might all enjoy it as they scramble to disown “progressive” politics, once it’s really laid bare.

Previous article
Nearly broke my keyboard smashing the LIKE button
Next article
Get off the bus, Gus. And Erin.