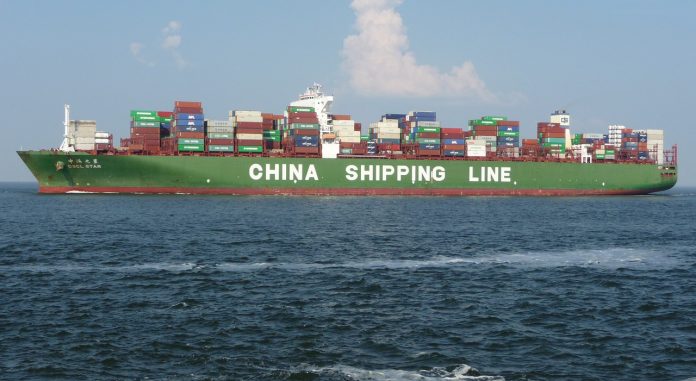 Globe and Mail — Startling reports out of the Port of Vancouver indicate just how much Canadians care that communist China was (and still is) holding Canadian and American citizens illegally, steals intellectual property from everyone around the world, is a rogue racist state, an authoritarian and totalitarian dictatorship, which is bent on global communist domination, which enslaves and arguably eliminates ethnic groups, and which pollutes the entire globe to beat hell.

…There were 597,443 TEUs of empty containers exported from Vancouver in the first eight months of this year, up 89 per cent from the same period in 2020. And 2020 was previously the record-high year for empty-container shipments from the port.

Almost half of all the containers that have left Vancouver so far this year have been empty.

In total, the Port of Vancouver has handled 2.55 million TEUs of both imports and exports during the first eight months of 2021, up 17 per cent from the same period in 2020.

China is the largest shipper into the Port of Vancouver of containerized merchandise, including consumer goods.

What happened to all that bellyaching about “sustainability?” It doesn’t apply to the country of Canada itself? Trudeau? Liberals? Maybe lose the woke BS, lose the love and admiration for “that basic dictatorship” and labels that read “Fabrique en Chine,” raise the Canadian flag that you’ve shamed from its now months-long half-mast detention, and show you give more of a crap about Canada and its real, actual issues.

Previous articleNot Watergate. Because it’s BC’s NDP gov who fudged the “COVID” numbers — by 50%
Next articleHow to lose