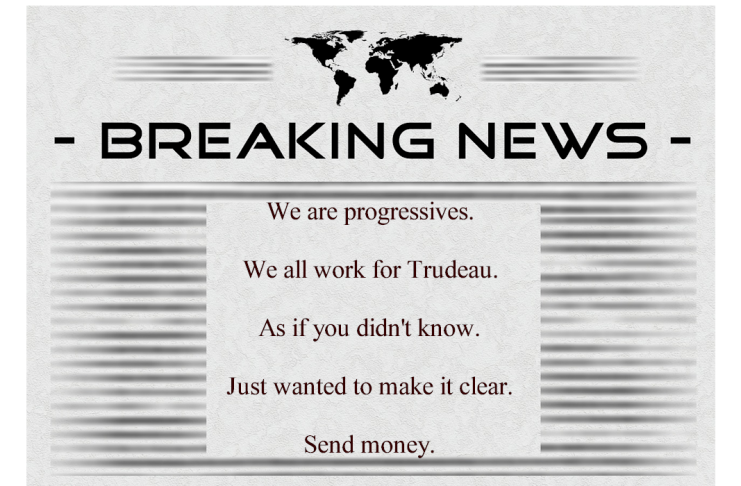 The worst newspaper in Canada, the Liberals’ Toronto Star division (worst because the state-owned CBC doesn’t have one yet) has launched an attack on Canadians who don’t think right. Or rather, who don’t think left. The Hamilton Spectator joined them.

In a pretty shocking display of attack journalism, or activist social justice journalism, or Trudeau face-licking propaganda pseudo-journalism (whatever it is, it is most assuredly not “news” or ethical “journalism” or in any way helping our nation —in fact, quite the opposite), the “news” media has attacked another Canadian citizen for… donating to the freedom convoy.  They are using the illegally-obtained list of donors which was hacked by a criminal, and are “doxing” those who contributed, which in any sphere of social media or news media was, until the past few weeks, considered to be utterly beneath contempt. And in fact, it might very well be illegal.

The Star story and the Hamilton Spectator story both include a huge photo of who, in their addled minds, is the criminal in question — a nice lady — a fellow Canadian! — who works in healthcare. I won’t show you the picture — I cut it off for you — because I’m not an asshole, immoral, or hateful, nor am I seeking to destroy the country. (Nor will I link to it. It should be removed from existence.) 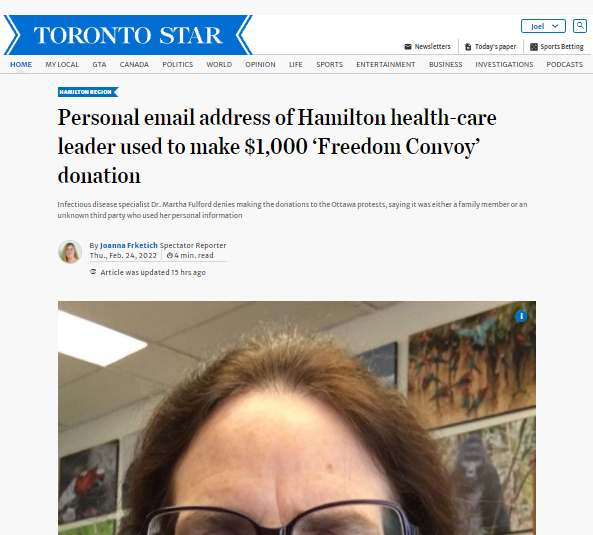 Here’s a tweet from an ass at Trudeau’s Hamilton Spectator division. Again I’ve cut out the photo because I value my ethics and principles and I’m not a liberal fascist:

This isn’t just “misinformation,” it’s something else entirely. And it’s entirely more dangerous.

Mentally, at this time, you should remind yourselves that the taxpayers of Canada have been forced by the Trudeau Liberals, with their NDP kooks backing them up, to sponsor this crap for reasons. Something something progressive ‘n democracy ‘n stuff and #IStandWithJournalism etc.

My readers should pay special attention to a real — really important — story, related in an extremely important way, which is also out there today thanks to the excellent real news journalist Holly Doan, of Blacklock’s Reporter (Blacklocks.ca): 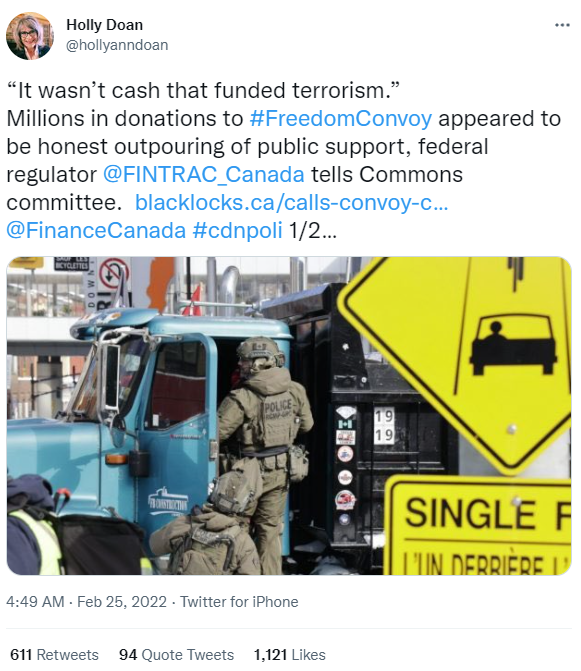 How many “news” media organizations are going to follow that reporting? None. And so that makes those charlatans purveyors of disinformation as well.

I jokingly called for a new convoy of sorts — this one not of truckers and their supporters, but of all regular people — against the “news” media. It’s less and less a joke. An investigation needs to be launched (not by government hacks but by serious people) into the taxpayer funding of what is now inarguably a phony “news” media industrial complex, because it appears more and more obviously to be nothing short of a bought and paid-for communication or messaging or narrative division of the Trudeau Liberals — or more broadly of the political left and progressives in Canada. Even if it weren’t taxpayer-funded, this is the real threat to our democracy.

I’ll finally just leave this tweet here because it ties a lot of what I’ve just written together: 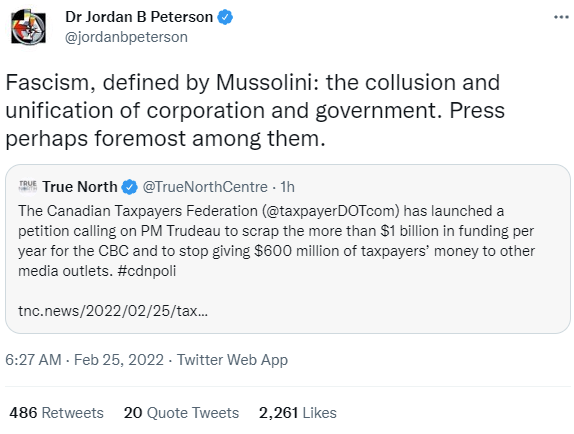