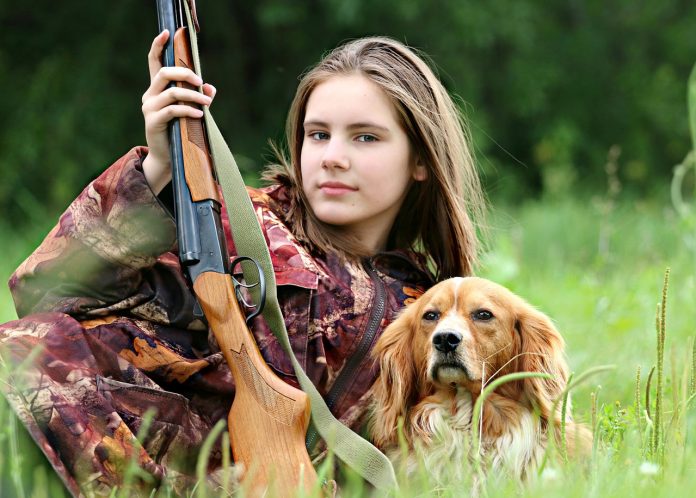 As a Canadian gun owner (along with my wife), licensed to acquire and possess restricted weapons including semi-automatic handguns and rifles, and an enthusiast, and a long-time member of the NRA and various Canadian gun organizations, I know something about guns. Not that any of those qualifications are required. Any Canadian or American can do an internet search and look up stuff about guns to educate themselves. That’s what I did, and it’s 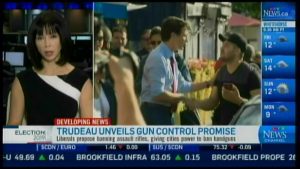 On today’s news of the Liberals’ pledge to ban various guns, which Prime Minister Justin Trudeau deceptively called “military-style assault rifles,” the CTV News Channel “news” anchor, Jennifer Burke, introduced a segment about it by calling them “military assault rifles.” She’s wrong. In fact, she should have done the opposite, and called Trudeau out on his lies, then clarified the actual truth. It’s her actual job.

Trudeau, for his part, knows better (for surely somebody has advised him as to the truth) than to call them “military-style assault rifles,” which is what he did in his overtly specious news announcement. Trudeau, who at least used the “-style” suffix, is purposely faking you out with deceptive language (“military,” “assault”) designed to appeal to the ignorant; and to your emotions, likely because he knows facts and logic and truth wouldn’t do it. So, in his mind, best to keep the facts and logic and truth from you. What a terrible thing for a prime minister to do to his country. It’s dangerous for the prime minister to lie to his country, especially directing lies to the ignorant.

Jennifer Burke either knows nothing about guns and is therefore ignorant concerning a topic about what she ought to know a great deal, since her job is to report the truth; or she is faking you out on purpose, just the same as her Justin Trudeau. Could be both. I don’t know. But it’s one of those, and one is more than bad enough. Again, it’s rather dangerous.

Trudeau also pledged to allow cities to ban handguns. Again this is a completely stupid, specious policy based, again, on appealing only to the utterly ignorant among us, and to people’s emotions and fears — however irrational — rather than common sense, facts, logic, and truth.

Criminals owning illegal guns is already illegal or banned on multiple levels. Multiple criminal levels. Using them is an even worse crime. Innocent law-abiding gun owners don’t commit crimes, by definition. Taking their firearms away from them — the law-abiding gun owner — does nothing to prevent evil people or gangs from acquiring guns and using them. Gangs and drugs and homelessness and fatherless homes and a bleeding-heart prosecutorial process (…) are the paramount problems here. And everybody knows it. So it’s pure, worse-than-useless, virtue-signalling. (And yet he derides Canadians for saying “our thoughts and prayers…”.)

Some, including me, would also argue efforts by any big government authority to disarm their population is itself a very serious, dangerous, slippery slope. It’s what every authoritarian government did before their society became less free, and what every dictatorship in history did before becoming a dictatorship. It’s undemocratic, and dangerous to the very concept of a democracy and to a free society in which the people have a natural right to defend themselves against any threat to their lives or the lives of their families; and to a free society in which the government should be afraid of the people, not the other way around.

Fun fact: there are no “assault rifles” that are legal in Canada, least of all, “military” “assault” rifles. An AR-15 is not an “assault rifle.” That’s a fact. That “assault rifle” language is designed to freak you out; to advance propaganda. It is lies, pure and simple. So that’s just awful, terrible, garbage politics and news reporting. It’s particularly important to tell and explain the truth when reporting about an election and campaign pledges by politicians — especially those politicians now known to be of questionable trustworthiness. This failure to correct the false narrative is a complete and utter failure on CTV’s part, and I question their motives.

The AR-15 is the most popular rifle in Canada. It’s not more “powerful,” it’s just another rifle. It’s semi-automatic only, which makes it exactly NOT an “assault rifle,” by definition. (Another fun fact: the “AR” does not stand of “Assault Rifle,” it stands for ArmaLite Rifle — the original manufacturer.) It can be fired once per trigger pull. Every gun available in Canada is the same in this regard. It looks scary (to people like Jennifer Burke), but it is only scarier in the same way a Pontiac Trans Am looks faster than 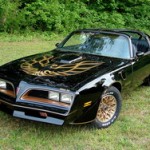 a Firebird, even though they are mechanically and functionally identical cars; one has a cool “firebird” decal on the hood (the scary “firebird” does not exist in real life, apropos this discussion), a “racing-style” (see what I did there?) stripe running down it, and fake “flame-style” things coming out the fake “dual-style” “racing” exhaust; and the other one has none of those adornments, but it is otherwise identical. Neither car would you take to a race track.

No military in their right mind would use the AR-15 for anything but junior infantryman safety training or basic gun lessons. It is not a “military” firearm.

One more tidbit: Burke claims that the Liberals announced that they were to “…bring in some gun control,” the implication being that Canada has none now. “Bring in some?” Canada has some of the most strict gun controls in the world. What Trudeau is pledging to impose is even more gun control and actually taking property away from its rightful, law-abiding owners, from their homes. Canadians. Good Canadians. It’s radical and extreme, to say nothing of its uselessness in addressing the actual problems, nor say anything about the affront to our civil liberties and our natural, God-given rights.

I’m torn: do they — just about every news person — know they are utterly clueless and simply don’t give an F? Like they care so little about their jobs and have just kind of given up on life? Or do the know the truth and are willingly faking you out for political purposes; therefore lying, advancing pure propaganda, and are fine with that immorality? It’s a very important point, really for the whole nation (and America), because people need to know the truth, not lies.

“…And we want to drill down a little about the pledge made by the Liberal leader to ban military assault rifles and bring in some gun control…”
— Jennifer Burke, supposedly reporting the news, facts, truth, on CTV News Channel.

Liberals are making Canadians dumber, and Canada worse. You want to move forward with that?

Previous article
Trudeau Blackface — Points du Jour
Next article
Memo to Trudeau: Atoning for your personal sins — should not come at taxpayer expense.