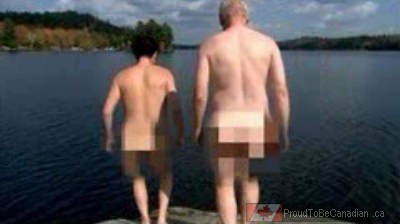 Bob Rae, also known as “Bare-Ass Bob Rae” for trou-dropping for a political stunt on the liberals’ state-run CBC division as seen above, and who wants to be the Prime Minister of our country, opened his car window today for the waiting reporters and sniffed “we don’t want to politicize this too much.”  Well no, certainly not. 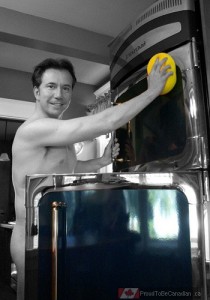 gay ‘marriage’ event of Liberal Party MP Scott Brison today.  He said it with a straight face.  Brison, who also wants to be Prime Minister of our country, is seen at left, also buck naked.  Huh.

Liberal MP Scott Brison, who fled home to the Liberal Party JUST IN TIME for the Liberals’ historic parliamentary vote on gay ‘marriage’, also invited liberal politicians Frank McKenna, Paul Martin, Stephane Dion, Bill Graham, and Joe Clark to the totally apolitical event which couldn’t have happened had the Liberal Party of Canada including Liberal MP Scott Brison himself (with the able help of their NDP division and their Supreme Court of Canada division), not arranged for it to be allowed to happen by redefining words like marriage and family, and twisting and reading into their liberal creation, the liberals’ sacred Charter of (Liberals’) Rights. … but no, it’s not about the politics, Bare-Ass Bob, nope.

Here are some CTV still-captures of their news coverage of some of the a-political event. You know it’s a-political because the first one is of an unidentified liberal arriving in a big white carbon footprint (“under wraps”!). 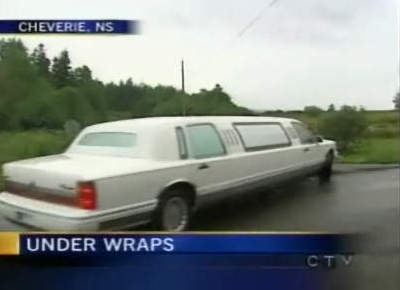 Here’s Bare-Ass Bob Rae wearing clothes and pretending it’s not about politics, the whole “him being there” thing notwithstanding. 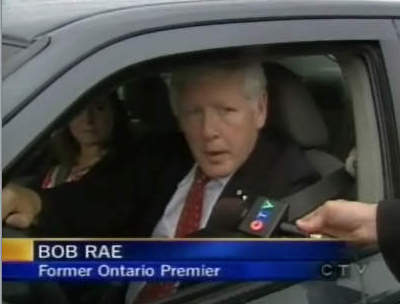