Canadian A-Lister Jessica Mulroney hardly needs me to stand up for her, you’d think, but history, facts, truth, factual news reporting, and setting the record straight —these things all do need my help and yours, more and more these days.

You’ll remember the story from last year about Canadian media star Jessica Mulroney, who made headlines after some ever-so important “influencer” (ugh) named Sasha Exeter (she was and remains an unknown quantity to me), accused Jessica, basically, of not being “woke,” and unless I’m terribly mistaken, of being a racist, and a contemptuous no-good privileged whitey. And then Jessica was “cancelled.”

Sasha Exeter sounds like a first class bully to me. With issues. But again, I don’t know her so I’ll reserve judgement.

As you might have expected, at first whiff of any random charge of RACISM!!!, and without even looking, the news media and the media companies big and small including Bell Media and its liberalvision CTV, all piled on like lemmings. In fact CTV personalities joined in too, because they are ever-so trendy and woke. One of them, Marci Ien, is now a Liberal MP for some reason. They all went along with it like group-think, herd-following fools. Jessica got fired from everything, they all memory-holed her, they canceled her reputation as a good human (which she really is), and generally did their “woke” best to fully eliminate her, like the useful idiots they are.

That’s what I got today from Barbara Kay (yes, “our” Barbara Kay), who does her own bit to once again set the record straight in her latest National Post column. Barbara names names, and spares nobody here, and at the very least, she will get herself “cancelled” off of the liberal media’s cocktail circuit for at least the next decade or so. For that, I’m pretty sure she got a thank you from Jessica Mulroney. We should all thank her because of that whole “setting the real record straight” thing I opened with. Read Text messages exonerate Jessica Mulroney after she was cancelled last summer.

It’s an excellent retelling of events, or actually, a first-time telling. See, Jessica Mulroney’s life was almost destroyed — by that Sasha Exeter but essentially by the news media, advertisers, and even the giant media companies Bell, CTV, whom she worked for or was contracted by. Yet in Barbara Kay’s own words, “The first time I spoke with Jessica, she sobbed with gratitude: I was the sole journalist in Canada or beyond to seek her side of the story in good faith.”

This is the chilling truth of today’s “woke” news media, and these cancel cult nuts. 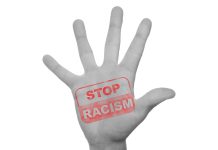 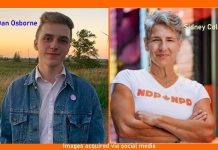 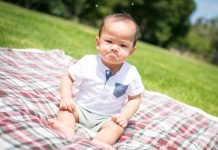