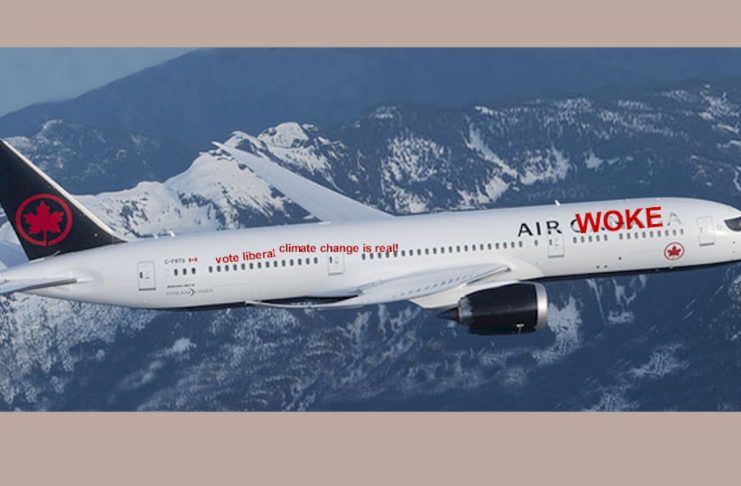 Canada’s largest air carrier, Air Canada, is dropping the “ladies and gentlemen” from their greetings. You know, because there are more than two genders according to not science.

“We want to ensure an inclusive space for everyone, including those who identify with gender X,” reads the memo obtained by LaPresse.

Strangely, Air Canada hasn’t stopped flying yet as a result of the “climate emergency” that others whom they bow to have also been on about. And the thing is, the way things are going with these ever-so “woke” corporations who kowtow to every leftist whim and religious decree, I wouldn’t be the least bit surprised if they did stop flying, and just ended themselves. They’ll be hailed by the left as super woke, yet they’ll be dead. So woke they’re unwoke.

And I wouldn’t shed a tear. Maybe a Ladies and Gentlemen Airlines would spring up… until it’s shut down by ANTIFA and badgering by their sisters (or whatever the woke term is for “sisters”) at the state-owned CBC.

Here’s a video, ladies and gentlemen:

Also see this, guys and gals:

Load more
Previous article
Polls are crap and here’s one or two reasons why
Next article
Who’s more clueless on gun control: news media or left-wing politicians? Tough one.