Just looked at my email from the loons at the left-wing extremist group Center for Policy Alternatives (where the “alternative” is socialism).

They’re very concerned about that protest in New Brunswick (my bolding):

…We’re following the story closely, as I’m sure many of you are, too. The RCMP’s response to the protests raises troubling questions about the the [sic] power of the oil and gas industry, the right to peaceful protest, and federal and provincial governments’ determination to produce and export as much natural gas as possible.

But don’t worry, these people are not left-wing extremists. And fear not, as you might have expected, a representative from the organization will be on the state-owned CBC tonight “to provide some context for the protests in Elsipogtog, New Brunswick.”

Here’s some “context” for you, as per a previous post of mine today:

40 arrested and 31 others released on promises to appear.  Firearms involved. Firearms discharged. Many of them. Molotov cocktails stockpiled. The RCMP also referred to “explosive devices.”Like a pipe bomb,” as the RCMP explained. “Improvised explosive devices … which would discharge shrapnel,” he went on. “One packed with rocket motor engines, and a warhead-style projectile,” he continued. …

They featured video of a police vehicle  –  one of five or six  –  which was torched by Molotov cocktails or IED’s stockpiled by the native terrorists and their accomplices. …

I got that information from watching the CBC.

What kind of left-wing nuts are we dealing with here? 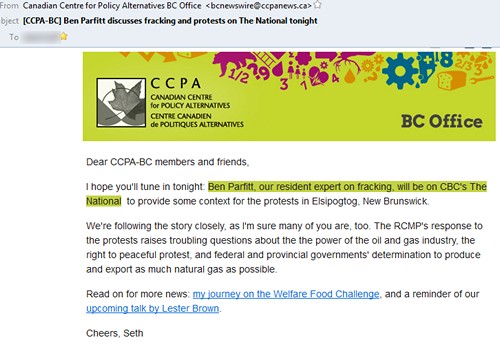 I hope the spouses of those police officers who came close to being brutally murdered by the “peaceful protesters” will be watching.

Previous articleSocialists make another attempt to re-educate and re-engineer your mind
Next articleCBC: Failure Night In Canada