Unlike the Liberal Trudeau’s sunny progressives, foreigners have dim view of investment in Canada 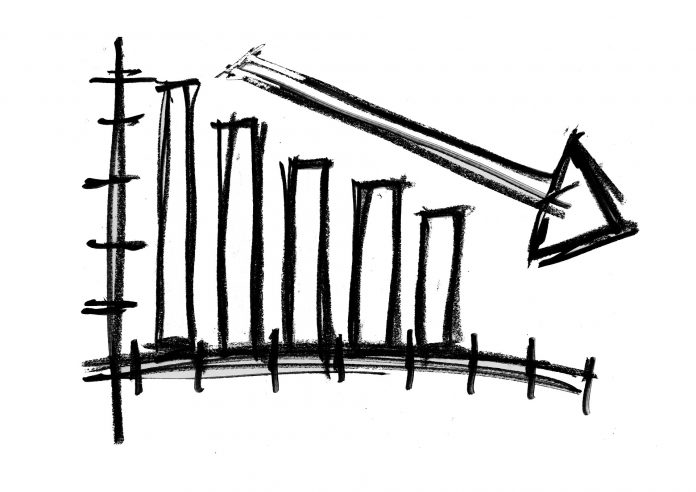 “Canada’s back!” …if by that you mean it’s at the back of the pack. Yesterday the Globe and Mail took the brave step of publishing one of those all-too-rare articles (albeit a mere opinion) that wasn’t (wasn’t!) designed to enhance the glorious image of Justin Trudeau, Chrystia Freeland, or any other wonderful (albeit self-acknowledged racist and genocidal) Liberal, but rather to provide useful information.

It didn’t even include one of those HUGE, ENORMOUS, close-up photos of Trudeau, carefully chosen to make him look “sexy,” thoughtful, or compassionate —even though they have another 54 million of them ready to throw in our faces. Seriously! No Trudeau photo! Turns out when you do publish articles like that, the news is quite awful. Devastating. Depressing. Sobering. True. Informative. Useful.

I suspect the journalists’ union (and their funder-in-chief, Justin Trudeau and your government) will write a stern email to the editor waxing poetic about “justice”, “equality,” “democracy dies in darkness,” signed by all of them (and possibly Susan Sarandon), and the Globe and Mail will apologize and engage in mandatory diversity and racial feminist white fragility re-education camp.

In the article “Rosenberg: The most dangerous move for an investor right now? Counting on a stronger Canadian dollar,” successful economist & strategist David Rosenberg writes that there is a danger in investing in the Canadian dollar, and for very good reason (none of which have anything to do with feminism or climate). And in fact, non-residents are disinvesting in Canada. Uninvesting. Selling. Not investing. (It is bad!)

For example, “Non-residents have been net sellers of Canadian equities for nine months in a row, a cumulative run-down in their exposure of some $37-billion. Only during the 2008-09 Great Recession have we seen foreign investors dump Canadian equities to this extent and for so long.”

This is not good for my retirement. Or yours. Don’t worry though, Justin and Chrystia (we call them by their first names yes?) have fabulous — unbelievable really — pension plans which are kind of like stock bonus plans, that I’m sure you don’t mind providing them (they’re entitled!), so they’ll be just fine. You? Not so much. Schmuck.

He goes on: “As for ‘bricks-and-mortar’ foreign direct investment, well, that is drying up as well – the flows here have shrunk more than 10 per cent in the past four quarters to the lowest level in five years.”

Lowest in five years? While the North American economy has been on a roll? That annual salary and bonus we’re paying these people has been so worth it! Heck of a job, J!

How about business capital growth — and important determinant of future economic, personal income and job prospects: “Meanwhile, business capital formation has declined at an average annual rate of 1.2 per cent, industrial production has barely expanded, at a pace of a little more than 1 per cent, and export volumes have practically stagnated.”

Dear God. OK we’re screwed. But at least productivity is up. Right?

“With there being no capital deepening this cycle, and with employment and output growth matching each other at these dismal 1-per-cent-plus growth rates, productivity in Canada has not expanded one iota in the past half-decade. All that has expanded are top marginal tax rates, the fiscal deficit and the Bank of Canada’s balance sheet. Somehow coinciding with the current government that replaced the prior Stephen Harper era.”

I love that last part: “Somehow coinciding with the current government that replaced the prior Stephen Harper era” — not because it’s a worthy political jab, but because it provides a tidbit of the important and historically correct contextual information that voters desperately need these days. I hate that other part: marginal tax rates are up, as is the fiscal deficit and the Bank of Canada’s balance sheet — since we’ve got literally less than nothing to show for it. Less than nothing. We’ve lost money. Where did it go? I mean besides communist China.

But wait —all of this can’t be right: this here is not “sunny ways.” This is not “Canada’s back.” This is “Canada’s in deep shit.” Gender-balanced, yes, but deep.

I need this Rosenberg article to conclude because all the “sunny” is hurting mine eyes! And all the “Canada’s back” is surely making thine noggin ache as you try to make sense of it. Alas, Rosenberg concludes that “The conclusion is sobering: ‘Imagine that. An economy built on credit, cannabis and condos. No capital formation. No export growth. No productivity. You still want to invest in this currency? Why?'”

Sobering? I’d like a drink. A good big mug o’ bourbon. I’d rather read the latest of the more than 800,000 Trudeau is a genius! And he is ever so diverse! And so is Chrystia and all the rest of ’em! articles, and maybe smoke some o’ that Trudeau pot which they’ve renamed “cannabis.” Apparently it helps Justin get through the day.

Previous articleDemocrats: “Canadians get free healthcare!” (Fact-check: True, if paying $14,000 per year is what you call “free.”)
Next articleErin O’Toole I wrote this other article for you