It’s Liberal Party convention time! Yay! Time to point and laugh as we try to find out what they’re made of, since nobody in Canada knows what in tarnation they stand for or what their agenda is. (But don’t

Sadly, their real agenda once again proves allusive, even as they formally embrace what even liberals and other leftists reveal as ardently socialist policy.

As if confirming the warning I’ve been making for years, the Liberals have practically announced to the world that they are the same; full of nothing but poll-driven, specious platitudes. Moreover, betraying themselves as nothing but another left-wing party, perfectly suited to the name Socialist Party, or for more practical purposes, NDP. But they won’t actually come out and admit it. So we just have to guess.

Andrew Coyne of the National Post says this about that, more or less (bear in mind the Liberals are Coyne’s baby. He voted for the Liberals last go-round):

This is not a “new” or “reinvented” Liberal party; it is not even the centrist party of recent memory. From the evidence of the convention, it is an almost parodically left-wing party… 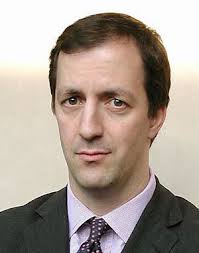 Strategies for Childhood Development, a National Framework for Mental Health, a National Action Plan on Disability, a National Water Policy, a National Pharmacare Program, a National Youth Jobs Strategy, a Science-based Innovation Strategy and a Transformative Canadian Infrastructure Investment Plan. This last was undersigned by the Liberal caucus, which means Mr. Trudeau, and leaves no doubt that it would entail a great deal of additional public borrowing: 1% of GDP, or $20-billion a year.

There’s more where that came from. The Liberals would reverse the Tories’ modest cuts to Employment Insurance and Old Age Security. They’d expand the Canada Pension Plan. They’d build a high-speed rail line from Quebec City to Windsor. They’d add a Department of Climate Change, a Secretary of State for Water, a “government institution for peace.” There’s a call for a “thorium policy,” a “moratorium on neonicotonoids,” a cap on credit card interest rates, and gender quotas on corporate boards — although in fairness I should report that a proposal that campaigning politicians should receive EI payments was defeated, as was a quite insane plan to tax companies more heavily the fewer people they employed. …

Even Coyne shouldn’t be as surprised as he seems. Just exactly a year ago he wrote this in the aftermath of their electing Justin Trudeau as their fearful leader:

Duncan Cameron, of the far-left Rabble.ca website  —  the most left-wing web site even more left than the state-owned and taxpayer-funded CBC.ca website (talk about parodical)  —  said this as his opening line this week:

The policy resolutions for the Liberal Party of Canada convention later this week in Montreal read like material the New Democratic Party would debate.

Actually, I think they read like just about any page from Soviet-era Pravda. And I really don’t think the NDP would go as far left as the liberals seems to now be going, since the NDP incessantly, nefariously, sheepishly cowers, in public anyway, from their inherent socialism. (Have you ever heard an NDP-er speak in favor of socialism? Yet that is their constitution.) You have to wonder if the Liberals have uncovered some bizarre and maladjusted focus group testing that the NDP hasn’t, indicating that air-headed socialism and Soviet-style central planning tests well in some voter-rich constituencies.

As I’ve said all along, it’s not the Conservatives who have a so-called “hidden agenda,” it’s the other parties  —  including their media division  —  who all do. Again with Coyne from a year ago, after electing Trudeau as leader:

…the Liberal Party of Canada prepares to transform itself into a personality cult. Anything but define itself. Anything but choose.

They’re still not admitting what their agenda is today, at least in plain English. But thankfully I speak socialist. Allow me to translate: it is an agenda for a centrally-planned progressive, socialist Canada.

They can keep hiding it all they want. I’d just like it of their media divisions were forced, finally, to come clean and admit that the agenda they’re covering, is in fact being covered-up. Hidden.

Previous articleCBC’s news site finally owns up to their failure to report expense scandal news about themselves
Next articleI call bullcrap on NDP’s “National Day of Action”.