Home Canada Trudeau and Freeland deceive us on national debt? Say it isn’t so. 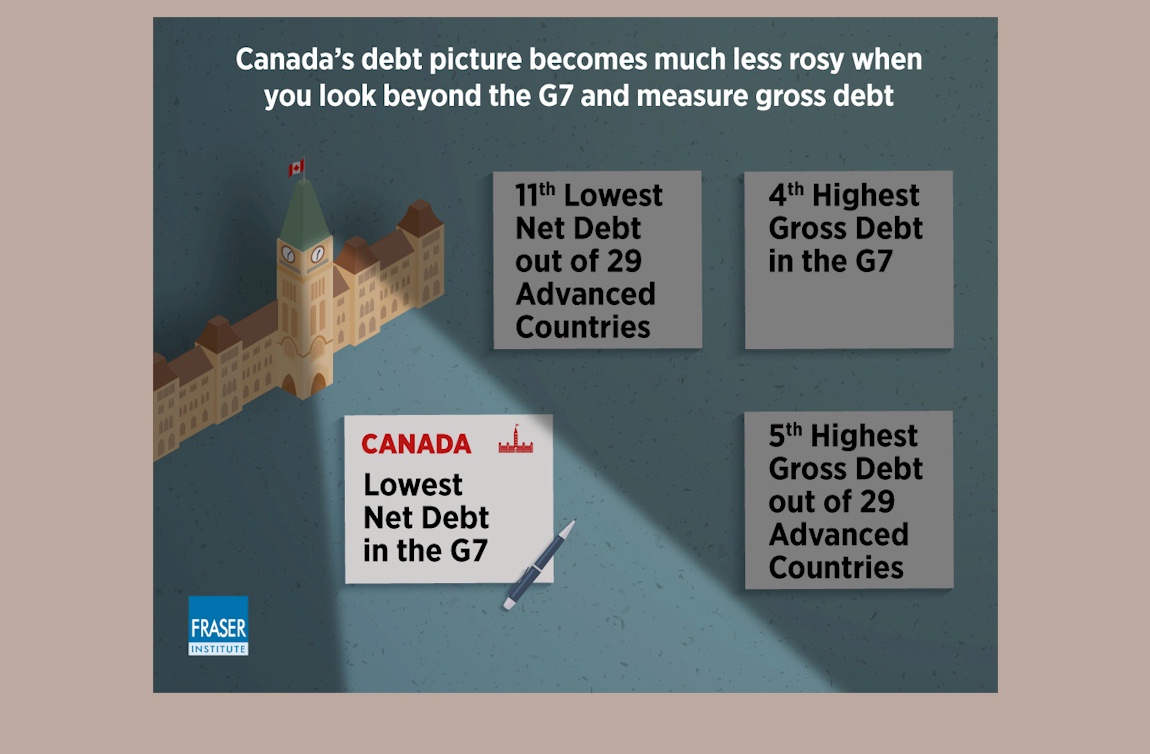 The Trudeau Liberals (cue spooky music) say in their latest budget document (a 750-page behemoth nobody could possibly get through, which is entirely the point): “…we continue to have, by far, the lowest net debt-to-GDP balance relative to international peers.” Which makes average Canadians say, yeeeeahhh I’m not so sure I believe that. This skepticism is based on the solid foundation of the fact that the Trudeau Liberals are not trustworthy, and the government fails at just about everything they do, as a general matter. Conservative Canadians say yeeeeahhh, that’s total bullpoop (or sometimes, horse puckies).

Sure enough, as the far more trustworthy Fraser Institute, who does bother to read entire government tomes like the Trudeau/Freeland budget (cue spooky music), says today in a new report, “Deconstructing this argument is important to understand the actual state of Canada’s indebtedness, some of the complexities involved in international comparisons, and the risks of continued debt-financed spending moving forward.”

Here’s a smattering of info the Fraser Institute provided today:

You may have noticed that the federal government has been very quick recently to point out that Canada’s net debt relative to the size of the economy is lowest in the G7.

But did you know that relative debt position is much worse than the federal government suggests when a larger group of advanced countries are included? And it gets even worse when total debt is measured instead of debt after adjusting for financial assets.

A new Fraser Institute study out today shows that Canada’s “lowest debt” rank falls from 1st to 11th when the group of comparison countries is expanded to the 29 advanced countries, and ranks 25th out of 29 countries for its total (gross) debt as a share of the economy.

In other words, Canada’s total debt relative to GDP is the 5th highest amongst the industrialized world.

The report shows that while the Liberals may be quoting one specific statistic which has some basis in truth (although it is a scant, and a rather selective, and a specious reading of the truth), they’re not telling the whole story, and the whole story is what you need and deserve. Not telling the whole story is another way of faking you out, which is something that only somebody who has no respect for you would do. Something that only a shyster would do to an unsuspecting sucker. They’re not being honest, nor transparent. How does that make you feel? And how will that make you vote?

(And yes, I do constantly bring these Fraser reports up, because they’re extremely valuable, and because the “news” media constantly fails to mention them, choosing instead to bring up whatever the Canadian Centre For Policy Alternatives is nattering about, which is usually something about how Canada should admire the basic dictatorship of Communist China, or at least ideas exactly like that.)