Crisis, what crisis? Forgive my sublime Supertramp reference, but that’s what immediately sprung to my mind as I saw this FREAK OUT!!! CRISIS!!!!-inducing BS from the Toronto Star yesterday — their effort to aid in the please panic, please think it’s a crisis modus operandi of the progressive left in Canada and its “news” media, and more particularly, the Trudeau Liberals, from whom they are issued their instructions: 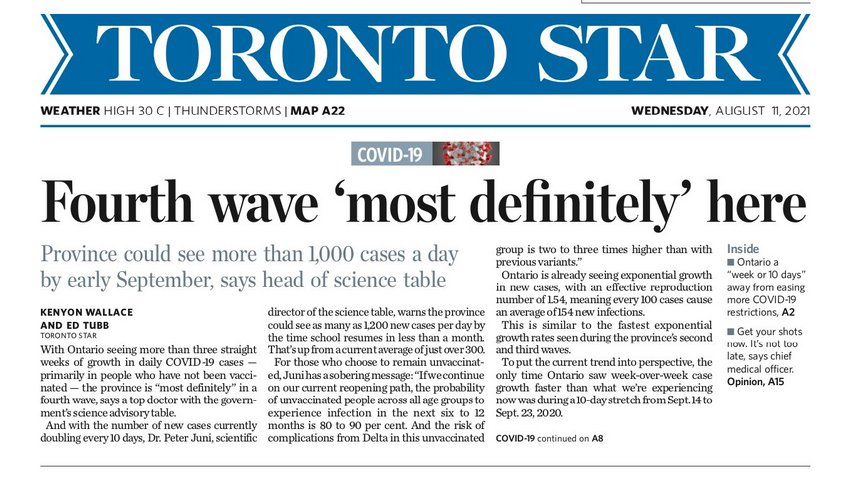 I barfed over that nonsense right after I’d seen this chart which I configured at the Government of Canada website, to check on my latest chance of dying from Wuhan Virus, which appears to be exactly zilch (click chart to see the full-sized view, wherein all those black dots read “0”): 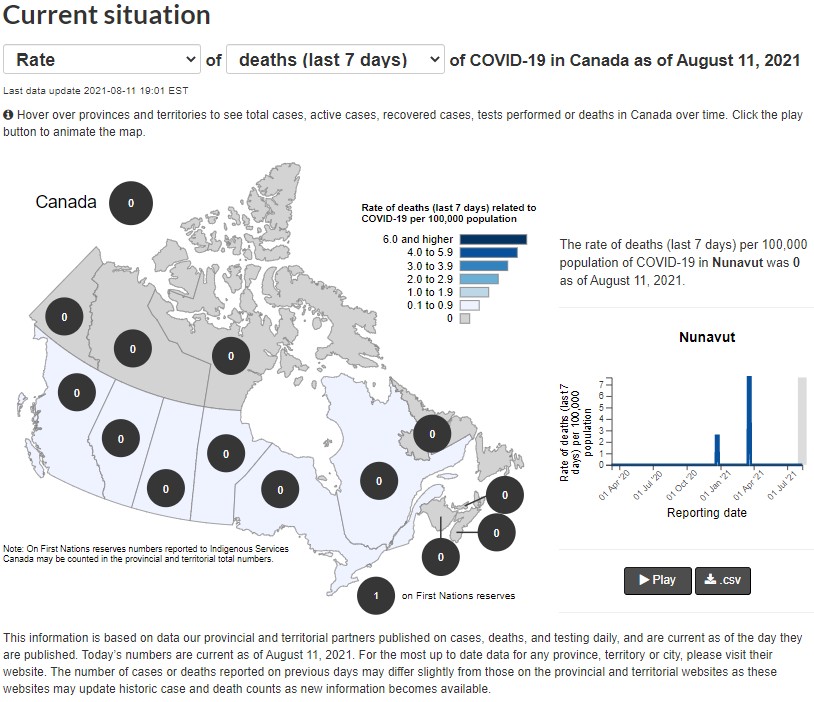 By the way, aside from observing that exactly ZERO deaths are occurring nation-wide (for roughly the first time in a year and a half), if you adjust the chart for cases, you’ll note how while the Toronto Star is railing against Ontario for its increased cases (cases!), BC is far, far more villainous, with about four times the number of cases per rolling average over seven days. 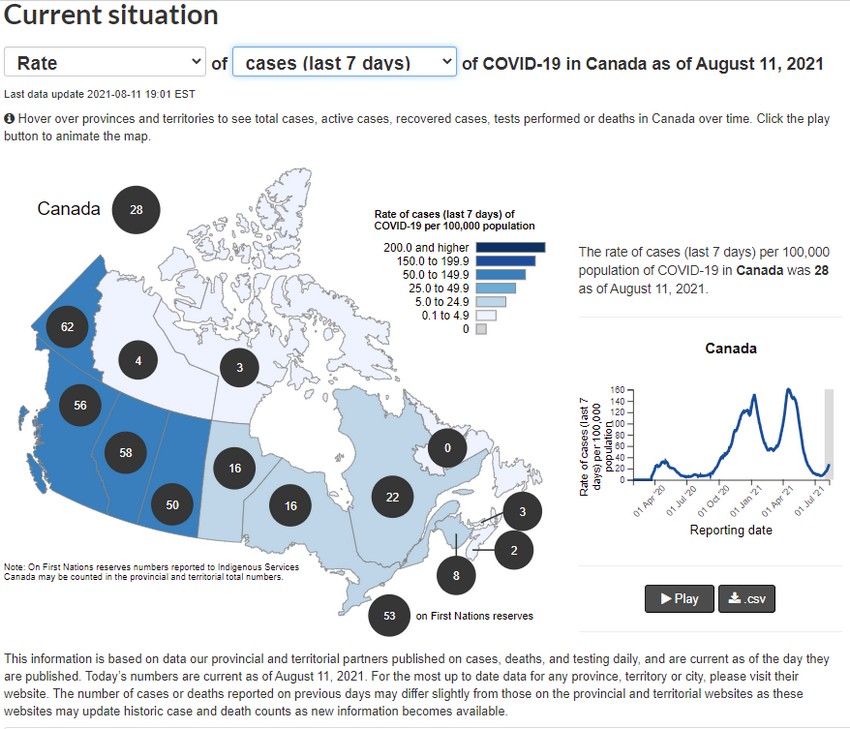 But, see, BC’s government is led by the NDP, not a guy purporting to be a conservative (which he’s not anyway). They’re certainly not singing the logical song. They’re playing The Fool’s Overture —a song about the fall of mankind. I can hear it! It should be the left’s official campaign song! Can you hear what I’m saying? Can you see the parts that I’m playing?

“History recalls how great the fall can be
While everybody’s sleeping, the boats put out to sea
Borne on the wings of time
It seemed the answers were so easy to find
“Too late,” the prophets cry
The island’s sinking, let’s take to the sky”

Normally, even in the quietest moments, when the federal Liberals and the NDP are in power as they are now, the Toronto Star and the Government of Canada are two peas in a pod (or two non-binary non-descripts in a safe space, or whatever the vegetable-respecting vernacular is among the woke idiocracy today). But I imagine the Star will view these scientific facts, as presented by their partners in crime, as something akin to the crime of the century. Perhaps they should hash it out over breakfast in America. Bloody well right.