There were tweets. And by the way, GoFundMe is dead by suicide, in case you didn’t already know it… 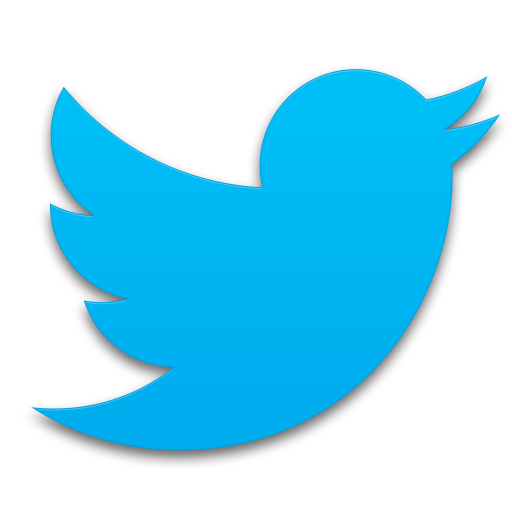 As some readers know, I used to watch the state-owned CBC so you wouldn’t have to. You paid me, and I got super rich. 🙄 But naturally I suffered the very malady that I warned you about which is that watching the state-owned CBC actually makes you dumber by the minute. It’s a scientific fact that I’ve repeated over and over and also I heard it on Joe Rogan’s show so it’s probably “dangerous misinformation,” but I’m crazy like that. Yep, I found I was getting dumber, and even though I had a long way to drop before I was anything less than super-smart, I had to stop. I had to read lots of books and talk to lots of normals just to recoup my normal brilliance. Success! Now I scan my Tweetdeck so you don’t have to look at that atrocious BS. Yes, I am getting dumber again, but this time I will stop before I’m totally stupid.

Here’s a few words on a few tweets from today that caught my eye (aside from the other posts I made today based on the other tweetpoo I stepped in.

First up:
Today, after the totally leftist, super-political Ottawa Police Chief (with the able help of “news” media and idiot politicians including the progressive extremists of the Ottawa city council and the mayor joining in for good measure) pleaded with private company GoFundMe to essentially do their bidding and work for them instead of allowing them to just do their job in the private sector, allowing free people to raise money for their projects, in this case, the truckers freedom convoy — which raised 10 MILLION freaking freedom dollars. GoFundMe, as all good, obedient progressive sycophants in the tech industry do, acquiesced to their demands, and shut it down.  Perhaps GoFundMe confused Canada with North Korea (and I’m afraid I don’t blame them, sometimes), and they thought they had to. But GoFundMe actually appears to be just another cabal of left-wing extremist twenty-something woke idiots who hate half the country. Yawn.

And they’re hypocritical liars too, but whatever. Here they are in 2020 helping the violent illegal left-wing extremists (and rapists!) set up their revolutionary “CHOP” occupation and insurrection and coup d’etat — actually marketing for them!: 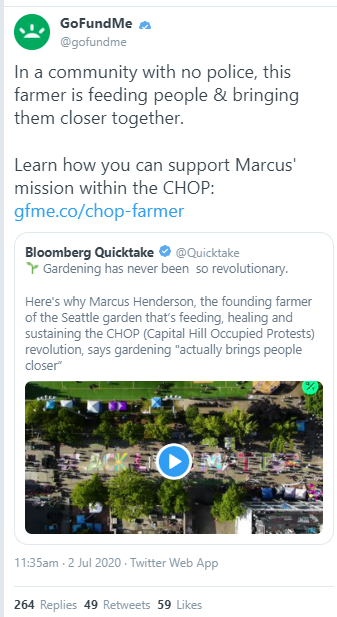 Apparently, Bloomberg News understands the problem…
Or at least they acknowledge there is one — more so than the mentally-challenged cultists and idiots in Canada’s “news” media or politics who walk around spouting opposite-land Orwellian-speak all day long: 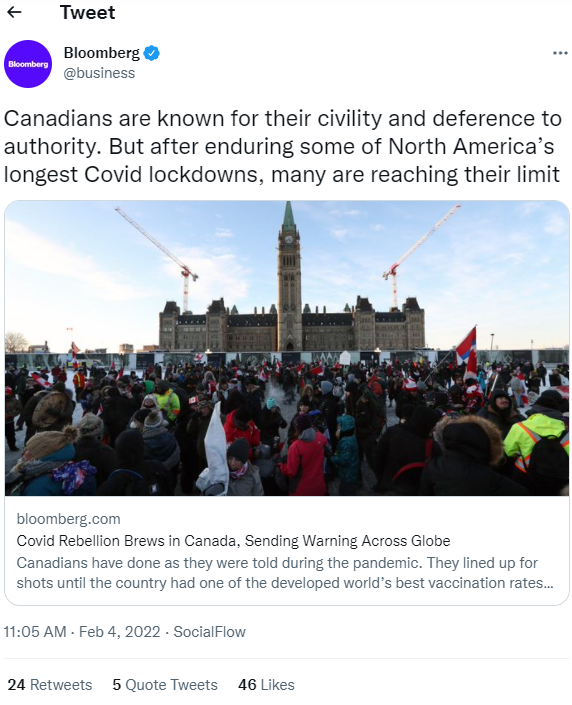 The GoFundMe action is not going to end well, I predict, sadly. Violent extremists will take notice of this action, and, you know, act. They should not. That’s exactly what the idiots hope they’ll do. They’re literally egging them on. The best revenge would be to be quiet and peaceful (and vote better next time).

Luckily, notable intellectuals are noticing too, and are as alarmed as I am, and I hope the good Dr. Peterson can bring more out of their shells to help save Canada: 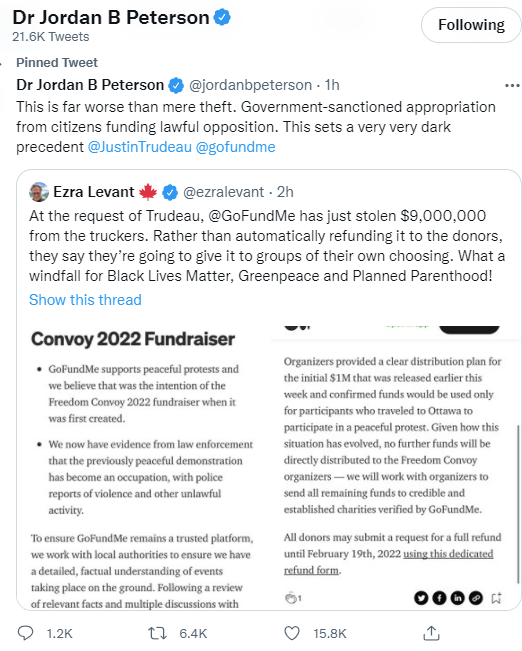 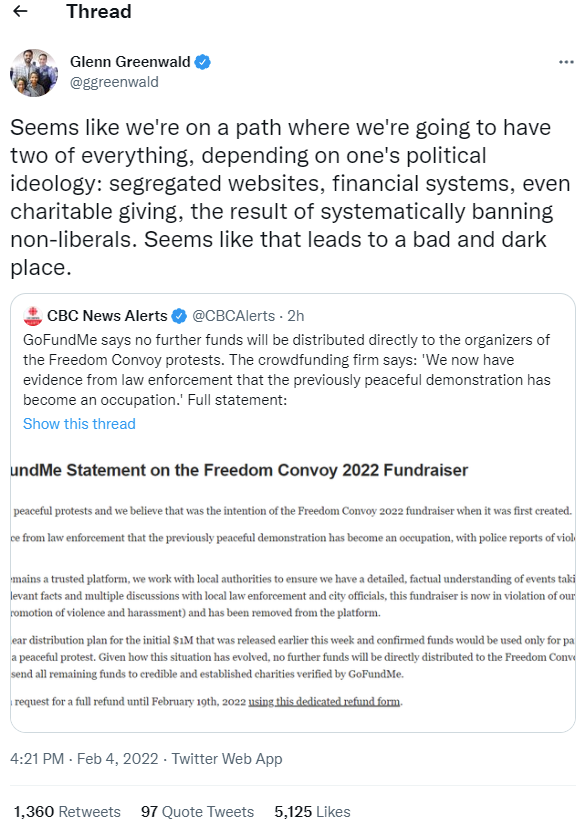 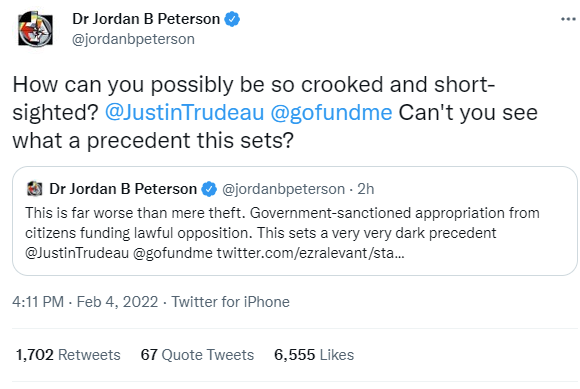 And then there was an interesting exchange between Keean Bexte (follow him, seriously), an independent Canadian journalist, and Elon Musk, some lowlife from Texas, including this final succinct statement posing as a question about the GoFundMe idiocy: 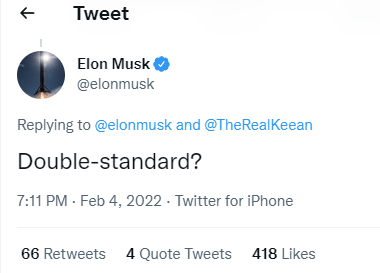 Here, though, in contradistinction to the abovementioned intellectuals, we have Gerald Butts, Trudeau’s actual (now shamed into retirement) brain trust (aside from AOC, Xi Jinping, and BoBo the Clown), and I honestly think he’s high on drugs, has had too many Russian vodkas, or else he’s had a stroke. It’s got to be one of these things. I’m concerned for Gerald Butts, because this is literally insane and MISINFORMATION on steroids, and I’m sure he’s against that: 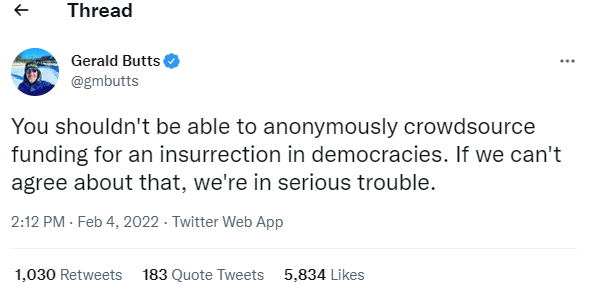 Shouldn’t we call NATO, or beg the Americans to send in the 41st Airborn or something? Perhaps the Chinese People’s Army would be more to their liking? Shit, Cuba’s probably got better military readiness than Canada — couldn’t Trudeau curry some favor there? Something MUST BE DONE to quell the insurrection thingy.

We’re in serious trouble if this is the bullshit narrative that takes off. And trust me: it will. 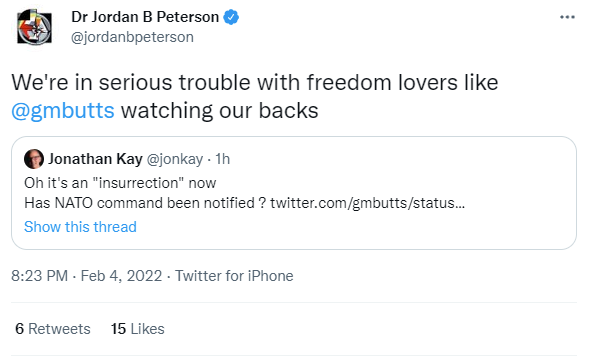 This, in all seriousness, is extremely, extremely dangerous rhetoric. Extreme, violently horrible, bullshit, and somebody should shut him the fuck up.

Next, we have religion, because what the hell else do we have?
And they don’t mean those new replacement religions or religious cults like “woke” or “climate alarmism” or “Trudeau.”

I have nothing to add except maybe this shocker Colbert video: 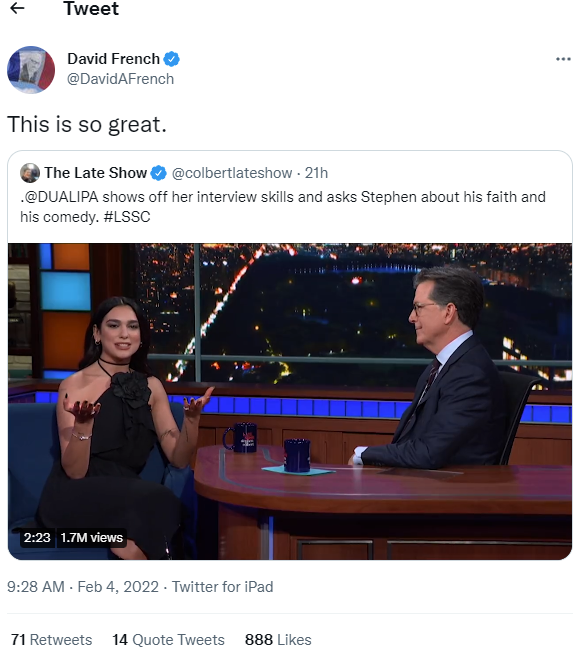 Previous articleThe new… Best Take So Far On The Truckers’ Convoy
Next articleMy “Take The Money And Run” article was a tiny bit late, it turns out.