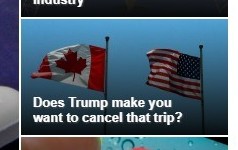 [dropcap]Y[/dropcap]ou’d be forgiven for thinking it was was the extreme leftist state-owned CBC web site. But no. It’s Yahoo.

This kind of bullCBC does happen occasionally at regular free-market sites. I mean normal ones who haven’t given up the pretence of objectivity. It leaks out the odd time giving us the chance to see what they’re really made of, which is so often left-wing bullCBC.

Below is part of Yahoo.com’s Canadian Finance page this morning. See if you can possibly spot the rabidly biased Trump-hate fake news piece: 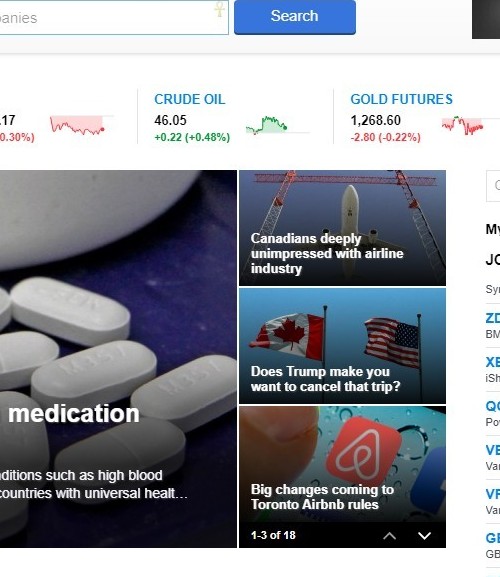 I never thought of Yahoo.com’s (Canadian) Finance page positioning itself on the left side of the political spectrum. But apparently it, too is on the wrong side — i.e.,  it’s biased. Left-wing, as if I had to tell you. 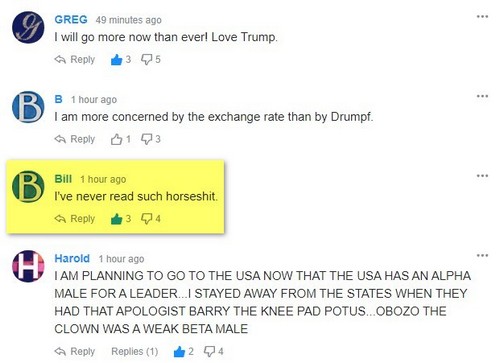 There were many more like that one. It was like a contest to see how many times the words “fake news” and “bias” could be written in one commentary thread.

You’d think someone at Yahoo would wake up, or grow up, or something. Or maybe since it’s a finance news site, check the stock price of Yahoo which is down as of this writing — down 1.6% just today (according to Google’s finance site). 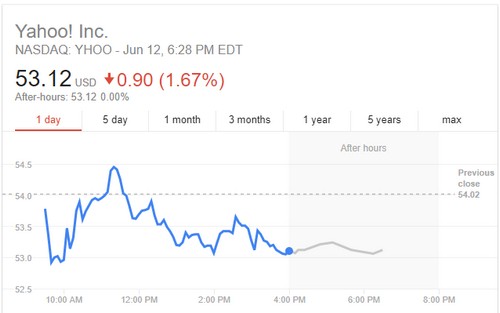 It is such a stupid, blatantly anti-Trump rant, as written by an obvious liberal-leftist Trump-hater who just can’t get over losing to Mizz Corruption. Yeah I double-checked and I wasn’t at the CBC site. Given the season, I also figured the article was written by a petulant young summer intern — a young leftist Clinton “Resistance” agitator — possibly the child of nutty far-left Bernie-supporting parents (or one of the many extreme-leftists or socialists right here in Canada). But no, the author, Melissa Dunne — was educated in journalism at Ryerson — and is thus ostensibly an adult. And a professional writer — a reporter. And Yahoo still bills itself as a straight-up news site rather than a CBC.

Yup. I too, have never read such horseshit.

So yeah go ahead and visit “Trump’s America” (I mean provided you’re not an illegal alien or any other kind of criminal). It’s Ryerson, and “news” sites like Yahoo with biased left-wing writers like Melissa Dunne pretending to present honest and unbiased news stories — which I would be far more worried about you visiting again.

Previous articleNews of his election booted to page 30; now media asks, “Who is this Andrew Scheer guy?”
Next articleDonald Trump may be a lot of things, but he’s not ineffectual