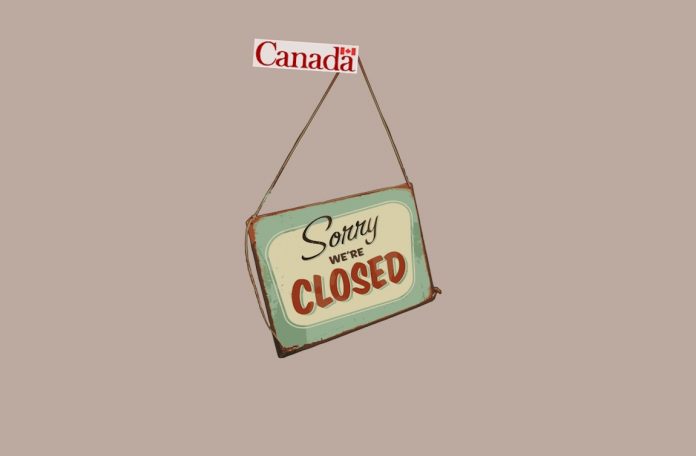 “Canada’s labour recovery sees setback as economy sheds 207,000 jobs in April amid pandemic’s third wave”
—Globe and Mail article, if you can find it, May 7, 2021

An object lesson in news media bias: Found in but a tiny article way down the (online) page and well below the other stories, the numerous “analyses,” and more numerous opinions (at least two of which concern their favorite topic about which they simply cannot let go: Trump!) at the Globe and Mail (and the article is in their “Business” section, yet); But it’s top of page, where it belongs, at the National Post:

Nationally, employment fell by 1.1 per cent, a loss of 207,000 jobs, while unemployment increased by 0.6 percentage points to 8.1 per cent last month, Statistics Canada reported Friday.
— As reported as the first article in the National Post. 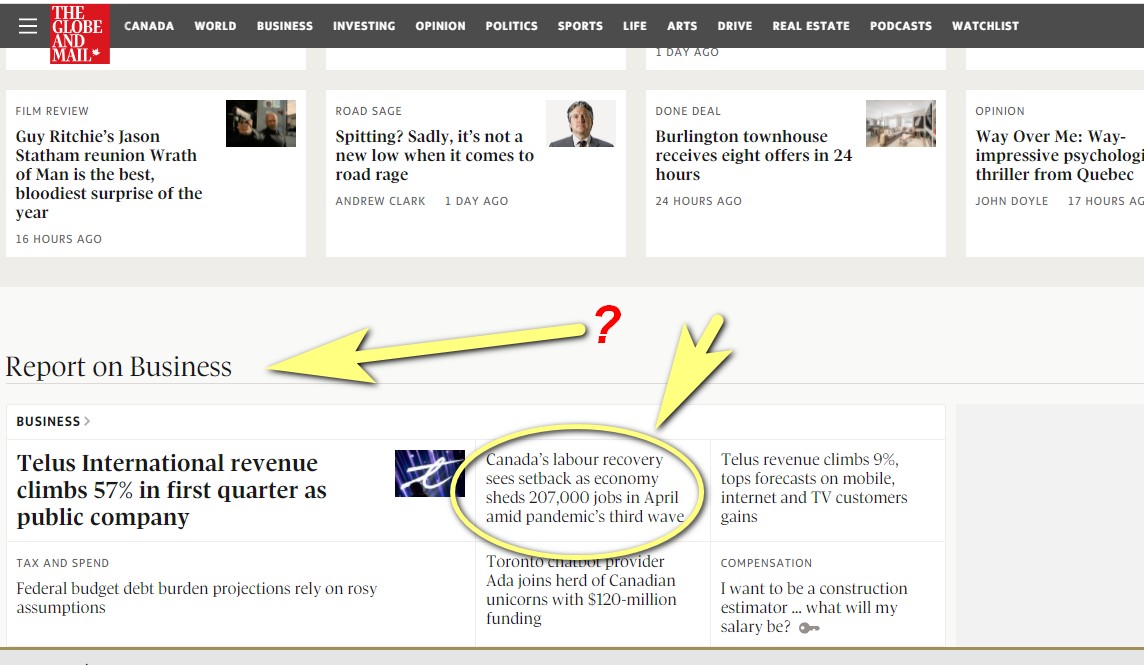 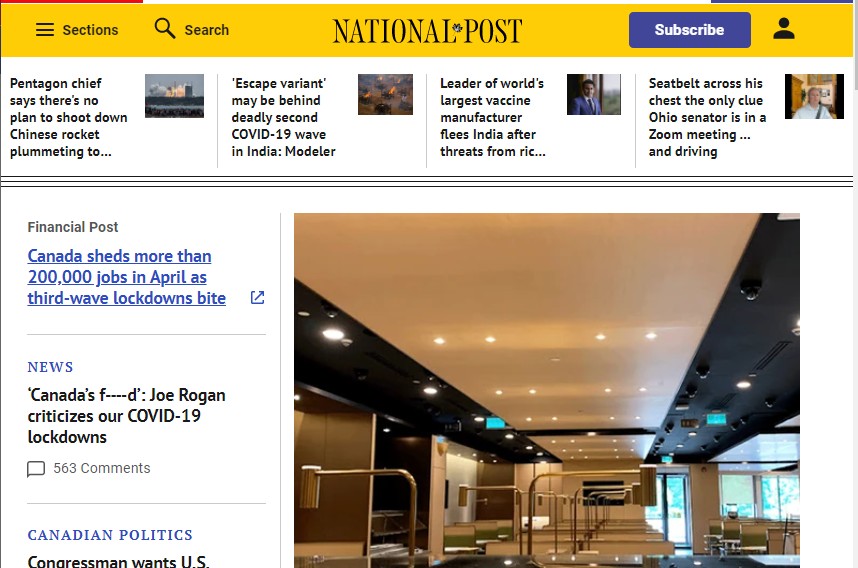 Let’s understand this bias correctly: The Globe and Mail is protecting their beloved Trudeau Liberals by burying the bad news, and putting it in their Report on Business section — as if this is a story concerning the profitability of companies producing doodads and gewgaws. The Globe and Mail is engaged in bias, here, as I clearly see it. But no, the National Post is not doing the opposite — it is putting the news in its rightful place. They are not engaged in bias, in this one particular case.

This is a story of national, and broad, importance. Move over, climate change, this is the real “existential crisis” in Canada if ever there was one. It’s a business story too, to be sure —as in businesses are dying. More, though, it’s a personal story for many of you, and one which directly concerns all of us — in business and not. It’s most certainly a government story. A politics story. Largely, a Trudeau story. Leaving aside his inadequate efforts at stopping the importation of the Wuhan Virus in the first place, mostly over his phony, obtuse concerns about “racism,” the story unfolding today is directly related to inadequate vaccine availability —the responsibility for securing which Justin Trudeau assumed, for himself, personally, to much manufactured fanfare last year. Evidence of its (and his) failure is manifested in this jobs report. What this is not is a minor, also-ran business story.

In case it helps, in America, 266,000 jobs were added in April. Added. And the news there is that this was lower number than the expected ONE MILLION anticipated by economists, because of supply-chain issues around the world (among other things).

And it’s Trudeau’s key demographics that are the hardest hit. The Globe and Mail knows this:

How many tens or hundreds of billions of “recovery” dollars have we blown through already?

I can’t imagine why people vote for this. But I think it has something to do with many people not even knowing what’s actually going on, and that’s because of a concerted effort to ensure that that is the case. And maybe it also has something to do with news media in Canada getting millions of dollars of Liberal government sponsorship cash thanks to Trudeau and his party. But it certainly has to do with bias.