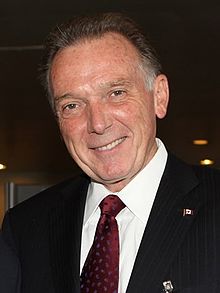 [dropcap]I’m[/dropcap] not the state-owned CBC or CTV. I don’t act like a stenographer for (in my case) CPC talking points, the way “reporters” for the CBC and several citizen-owned media outlets do for their parties (Lib, NDP, Green, Gaia, or any combination thereof). And by the way, I’m also not a reporter in case you hadn’t noticed my good grammar and punctuation. But occasionally — really rarely — I can’t say it better than it was said in a CPC talking points memo or email. (Or I’m being lazy).

I find what the Liberals are doing on this file more appalling than than lots of the rest, which is saying a lot. So here’s this:

Justin Trudeau is putting the interests of his friends, closely connected with Beijing, ahead of the safety and security of Canadians.

Back in 2015, our Conservative government blocked the sale of a Canadian electronics firm to China’s O-Net Communications – due to national security concerns.

But the Liberals reversed our decision.

And now, the Liberals are set to approve another Chinese takeover deal of a Vancouver-based company that builds satellite receivers for NATO – while refusing to subject this takeover to a full national security review.

Canada uses this company’s technology for its own military purposes. Without a proper national security review, Canada’s safety and security — and that of our allies — are being put at risk.

Even the former head of CSIS said he would have recommended a full national security review of this deal.

As I’ve said before, China’s drive to militarize the South China Sea and the technological ramifications of a deal like this, deserve much more due diligence.

So why is the Prime Minister so fascinated with China and their “basic dictatorship”?

Why does he have such an overwhelming desire to appease his friends in Beijing – so much so, that it clouds his judgment on Canada’s national security?

Is this the Prime Minister’s way of thanking his Chinese communist government billionaire friends who paid top dollar to meet with him privately a year ago?

This is a worrying trend – one where Trudeau is putting his own interests ahead of the best interests of our country.

Canadian security – not Chinese government connected donors to the Liberal Party – needs to be top of mind for Justin Trudeau.

Donate now if you agree.

Previous article
Donald Trump may be a lot of things, but he’s not ineffectual
Next article
News media updates their fake news story on Trump-related immigration to Canada