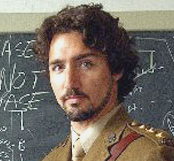 [dropcap]T[/dropcap]he Liberals’ news media division have given you a faulty impression of what’s going on. Shocka.

What impressions do you have of the federal Liberals’ latest budget update, which sheepishly admits to BILLIONS more in deficit and debt, no plans to balance the books, and no plan to fix this calamity of their own making — even in the long term? If you want to hug them, as the media do and most Canadians seem to want to do (or at least get a cool selfie with him), then the media have succeeded yet again. You’ve been fooled again, or you continue to be fooled — whichever. You’d probably vote for Hillary Clinton tomorrow if you could.

The Fraser Institute (where you go when you want the actual truth about governments, their policies, and more) truth-splains the Liberals’ bogus talking points and propaganda, including their own nod to Hillary. Here’s a snippet courtesy of  William Watson – Professor of Economics, McGill University:

The budget was March 22, which means we’ve had 33 weeks since then, give or take, so we’ve had close to one new expenditure item a week. It’s not quite the pace at which Hillary Clinton writes e-mails, but it’s impressive.

And by impressive he means horrible.

The Liberals have said that their deficit budgets — already huge but now growing beyond all recognition and far in excess of what they promised in their phony election campaign — are going to fix what ails the Canadian economy and its middle class. So far, they have failed utterly, but never mind. Sunny ways!

They are now trying to sell you on their seemingly out-of-control deficits by appealing to the notion that we doubters are being silly and we just have to think long-term, and besides it’s largely about that terrific infrastructure – highways and bridges and more busses and public transit and all kinds of yummy stuff like that – which their polling tell them lots of people like and accept (blindly — but they don’t care).

More from the Fraser Institute’s Charles Lammam and Hugh MacIntyre:

Did you know any of that? No. Because the news media is, like the Liberals (coincidentally!), equally well aware of the acceptance of infrastructure spending by governments. So we get headlines like the Globe & Mail’s: “Infrastructure spending to rise at expense of Ottawa’s bottom line.” And the National Post’s “Federal government expects $32B more in red ink as it creates new bank to invest in major infrastructure projects.” And headlines pushing the alternate Keynesian terminology, “stimulus spending,” like: “Liberals Add Billions To Deficit To Ramp Up Stimulus Spending” from their ideological brethren at the Huffington Post.

This is the Trudeau Liberals’ and the media’s compliant “sunny ways” in action. The big government happily spends your money without regard to its own lack of success, no matter that it all clearly portends a future which is anything but “sunny,” all the while putting a fresh new happy “sunny” smiley-face on everything.

In this year’s fall update, we get a picture of a government that likes to spend, even in the first year of its mandate, which is traditionally a time for doing what’s tough fiscally. “Money ways! Money ways!” as the prime minister might put it.

I can actually see Justin Trudeau airily putting it that way, much to the delight of the bootlickers in his adoring media.