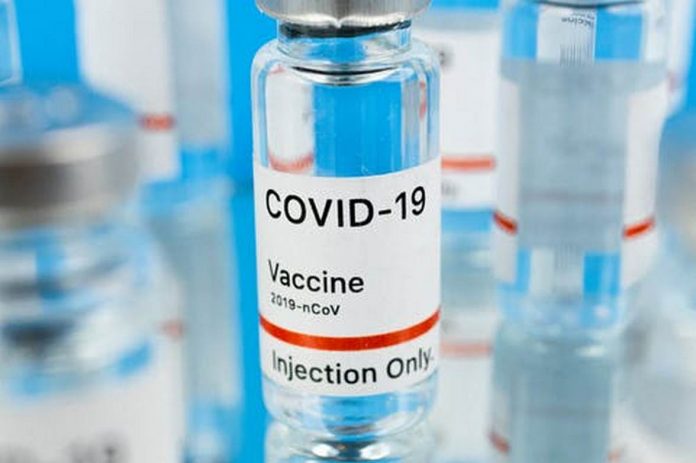 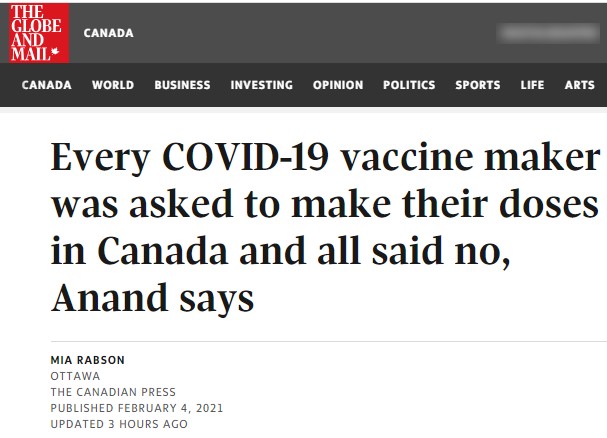 But then they neglect to report the actual story: The very formidable root cause because — and this is the key — because it’s all on the Trudeau/Liberals. That is the background to the story. So they omit it. Skip past it. They simply restate what the headline says. (They’ve gone over the real story in other articles written months and years ago, but there is talk of an election coming up right?)

Luckily you can read some of the truth that the Globe and Mail omits, right here, in my own post from last month: CEO puts paid to Trudeau and Liberal lies. Here it is in a nutshell:

Vaccine makers have no interest in Canada because the climate for pharmaceutical investment is horrible in Canada for a number of reasons, not the least of which is its impending higher personal and corporate taxes due to Canada’s massive, growing, already worst-in-the G7 deficit, its economic worries especially with regard to unhinged, profligate spending and a now trillion-dollar debt; carbon taxes which are going through the roof; massive regulations on every aspect of business; more regulations coming; Trudeau telling the world that Canada is a genocidal nation; and Canada is a national full of “systemic racism” and “racists” running rampant throughout not just the population but within every institution and every government department as well; and more.

Pharmaceutical companies manufacture in dozens of countries — just not Canada.

But even if none of those problems existed, there’s another one geared specifically toward them, telling them they’re not welcome here: the Trudeau Liberal election scheme hatched with their NDP comrades to thrust yet another massive big-dollar universal social program on Canada, a “pharmacare” program, and in order to do so, more government price controls on pharmaceuticals which would be required to force prices down — the free market be damned. The socialist-style state price controls were set to start January 1, 2021, but have now suddenly been moved to July 2021, because Trudeau and the Liberals have finally cottoned-onto the farcical error of their ways, as vaccine manufacturers shunned Canada (as we’ve seen) refusing to manufacture here, and now suddenly delaying deliveries; and thus writing the latest episode in the historic Trudeau-Liberal Covid-19 and vaccine failure saga.

Kheiriddin includes this scathing paragraph, which explains so much:

“Why was the Liberal government so intent on copying this model? Two words: national pharmacare. Without lower prices, the Liberals’ promise to introduce pharmacare would cost far more than Ottawa could afford. And without a pharmacare promise in their platform, the Liberals may not have siphoned enough NDP votes to eke out their minority government in 2019 — or to stay in power since.”

Tasha is too nice to say it, but my reading of that is that the Trudeau Liberals, and the farther-left NDP, with their news media happily in tow, literally put all of their partisan politics — their yearning for power — their liberal-left ideology — ahead of Canada’s businesses, its economy, and moreover, Canadians’ very lives. And Canadians have, and will, now die because of it.

Lie 3½ is unmentioned directly by Mr. Lucas. It is the fact that the Liberals (and their news media which know all of this full well) are actually hiding this very important information about the liberals and Liberals’ punitive pricing regime through their Patented Medicine Price Review Board regulations (which Tasha explains very well). These regs started in, wait for it… January 2021, exactly when supplies started getting cut off, unlike in Europe or the U.S.  So, they’re all lying by omission. Not telling you the facts you need to form an informed opinion. Because… They didn’t want the truth to get out, in order to protect their partisan politics and their political party.

Lie #4:
It’s another lie by omission. And it’s a doozy. Back to Paul Lucas:

“Or, finally, is our initial supply small because Canada provided little to no funding for the development of the vaccines, unlike the contributions made by the U.S., U.K. and Germany? Operation Warp Speed in the U.S. contributed $12 billion to support accelerated development and manufacturing. It should be no surprise that the U.S. now has large quantities of vaccine.”

Why is nobody in the news media ever talking about this (pace Tasha Kheiriddin and few  others)? Partly it’s because Trump’s Operation Warp Speed was so successful, and you know, TRRUMPPP! So, hide the facts and protect, well, back to the old refrain: They didn’t want the truth to get out, in order to protect their partisan politics and their political party. We should set it to somber music.

The direct effect of this liberal-left political ideology and the associated power-play by those political parties and their media are utterly pathetic. Deadly. Ruinous. Awful.

Paul Lucas again: “When it comes to vaccine supply Canada should be in the same position as these other leading countries. Instead, we are three to four months behind. How many more people will die in this pandemic who wouldn’t have if the federal government had done a better job acquiring more early doses? How many more businesses will fail? How long will the lockdowns go on? Months matter in this struggle. Days matter. Unfortunately, Canadians are paying a steep price.”

Globe and Mail: fee free to borrow the facts from my article to provide your readers with the actual news they need to form voting preferences and life-saving knowledge.